“The purpose of this draft text is to serve as a basis for the ministerial level meeting on 15 July. This means that it is meant to be a genuine reflection of the whole group, one that is conducive to attracting convergence,” the chair said in his presentation to the Negotiating Group on Rules at the level of heads of delegations. The revised draft text is available here. View the chair's statement here.

Director-General Okonjo-Iweala affirmed at the meeting that the text reflects the chair's best judgement on changes that can help members narrow the gap in their positions. The revision, she added, can be a good basis for the more detailed work members have ahead of them to conclude negotiations.

“In this sense, the text should help ministers to engage on 15 July in a way that will provide us the kind of push and political guidance that we need at this stage to be able to move towards conclusion,” the Director-General said. “I sense a change in mood and we should seize advantage of that mood to push towards concluding these negotiations.” View the Director-General's statement here.

According to arrangements presented by the Director-General and the chair to members on 25 June, the ministerial level meeting will be held in virtual mode, with each minister provided an allotted time to make an intervention before the concluding session, which will be focused on exchanges on the way forward. The Director-General and the chair will be sending ministers questions in advance of the meeting to help focus the discussions.

Under the mandate from the WTO's 11th Ministerial Conference held in Buenos Aires in 2017 and the UN Sustainable Development Goal Target 14.6, negotiators have been given the task of securing agreement on disciplines to eliminate subsidies for illegal, unreported and unregulated fishing and to prohibit certain forms of fisheries subsidies that contribute to overcapacity and overfishing, with special and differential treatment being an integral part of the negotiations.

The chair clarified that the revised text is without prejudice to any member's positions or views and, for new proposals not yet reflected in the text, more discussions will be needed to help members crystalize their thinking. He said that he and the Director-General will continue to reach out to members in different meeting configurations to discuss the text and prepare the ground for the meeting of ministers. 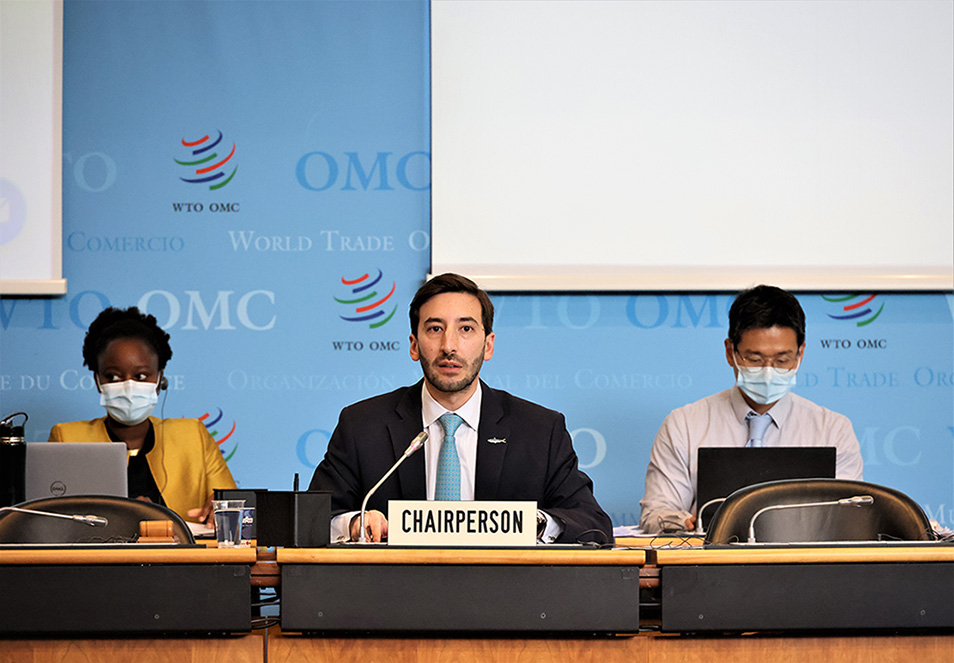