Under the chairmanship of Ambassador Omar Zniber of Morocco, the Working Party welcomed a high-level delegation from the Comoros led by Mr Mzé Abdou Mohamed Chanfiou, Minister of Economy, Industry and Investment, and WTO chief negotiator. Mr Chanfiou noted that despite the recent successive external shocks suffered by his country, which is a net importer of more than 60 per cent of its basic necessities, the Comoros remains committed to the bilateral and multilateral aspects of negotiations, with a view to concluding the accession process in a timely manner.

“The accession process is making remarkable progress, to the point of having concluded bilateral negotiations with Japan, Brazil, Canada, the United States and the European Union, opening the prospect of the Comoros' formal accession to the WTO this year, 2022. I would like to take this opportunity to reiterate our thanks to all the countries and organisations that have concluded bilateral negotiations with our country,” said Minister Chanfiou.

The chair of the Working Party emphasized the substantial progress made by the Comoros towards concluding the accession negotiations. He informed members that despite all the difficulties and uncertainties encountered since the beginning of the COVID-19 pandemic, the Comoros managed to stay on course. In the eight months since the last meeting, the Comoros completed three bilateral market access negotiations and achieved significant legislative progress. It also organized a round table on technical assistance with development partners at the beginning of the year.

“We must recognize and salute the Comoros' determination, dedication and dynamism,” said the chair, who also recognized the contribution by WTO members by actively engaging with the Comoros and ensuring that this accession file continues to receive due attention. In addition, trade-related technical assistance provided by international development partners has contributed enormously to the process of accession.

Deputy Director-General Zhang Xiangchen said: “It is indeed remarkable that despite the challenges linked to the COVID-19 pandemic, which are now compounded by soaring food and energy prices, the Comoros, together with Timor-Leste — another island least-developed country which suffered conflict and fragility like the Comoros — have maintained and accelerated technical engagement in their accession processes. Their progress is setting the right tone in the lead-up to the 12th WTO Ministerial Conference.”

Welcoming efforts undertaken by the Comoros to update and modernize its trade regime and its readiness to advance domestic reform, several members expressed support for the Comoros' objective to complete accession negotiations by the end of the year. Some members reiterated that substance should drive the process.

In view of the discussions held at the seventh Working Group meeting, the chair indicated that this accession has clearly entered its final phase. Going forward, he encouraged the Comoros to continue to work with members to resolve outstanding issues and duly adopt the legislative reforms identified by members at the Working Party.

Once the technical work of the negotiations is completed, certain procedural steps will be necessary for the preparation and adoption of a set of accession documents, the chair explained. These documents include: the report of the Working Party; the draft Schedule of Concessions and Commitments on Goods; and the draft Schedule of Specific Commitments on Trade in Services. The Secretariat will hold an information session on procedural issues related to accessions in July, which will be open to all interested parties.

The chair emphasized that his goal is to finalize the work of the Working Party by the end of this year and said that the Comoros will probably become the 165th member of the WTO. “I have no reason to doubt that prospect. This would be the first accession process completed in more than six years, following the accessions of Liberia and Afghanistan in July 2016.” 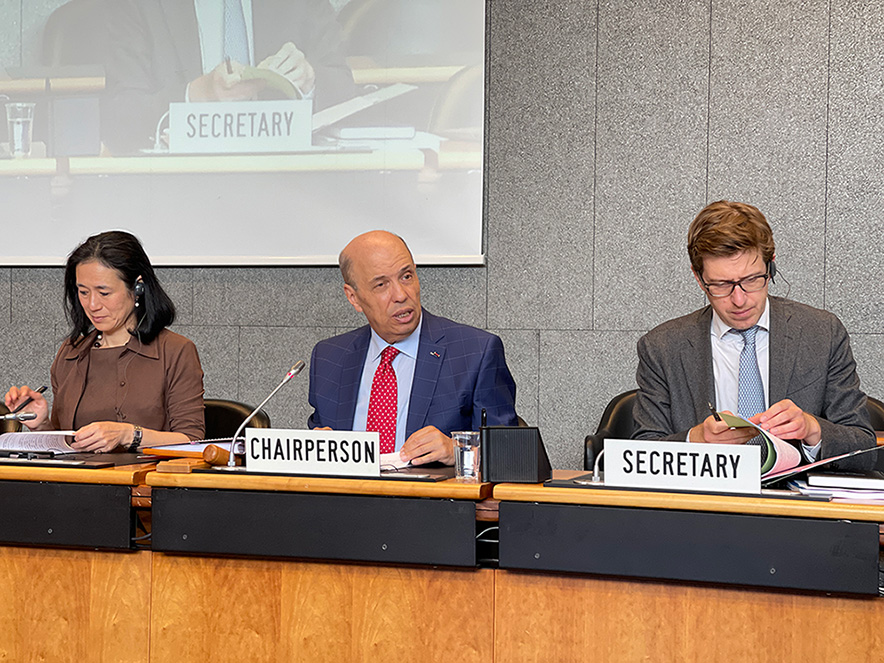