“I feel trade is part of the solution. You might have financing, but if the trade policies don't align, you may not be able to get the technologies you need for climate adaptation,” DG Okonjo-Iweala said at the event convened by the GCA in preparation for the COP27 climate summit to be held in Egypt in November. “Africa already faces a tremendous amount of costs with respect to adaptation. Through trade, we can increase the return on investment and increase the resources available to African governments for adaptation.”

The Director-General noted that Africa is likely to be the continent most affected by climate change, accounting for 80% of the world's population that are most at risk, according to the Intergovernmental Panel on Climate Change. Agriculture will be among the sectors most at risk, with some studies estimating that climate impacts could cause crop productivity growth on the African continent to shrink by a third and lead to annual GDP losses of 3.8% by 2060.

Trade will be vital to offset future shocks in agricultural output by ensuring access to new technologies such as more resilient crop varieties and better irrigation and water storage systems, the Director-General said. Reducing trade costs, she added, could also significantly reduce the welfare losses from climate change in low-income countries.

“This is where the WTO plays a role,” DG Okonjo-Iweala said, highlighting successful outcomes at the organization's 12th Ministerial Conference last June, which indicate the persisting importance of multilateralism. “At COP27, along with climate finance issues, we need to give focus to trade and investment facilitation for the just climate transformation that we need.”

At the sidelines of the summit, DG Okonjo-Iweala and GCA Chief Executive Officer Patrick Verkooijen signed a memorandum of understanding between the two organizations to intensify collaboration on trade and adaptation action in countries and regions vulnerable to the impacts of climate change.

The signing ceremony was witnessed by Ban Ki-moon, former Secretary-General of the United Nations and Chair of the GCA.

The GCA is an international organization which works as a solutions broker to accelerate action and support for adaptation solutions, from the international to the local, in partnership with the public and private sector. 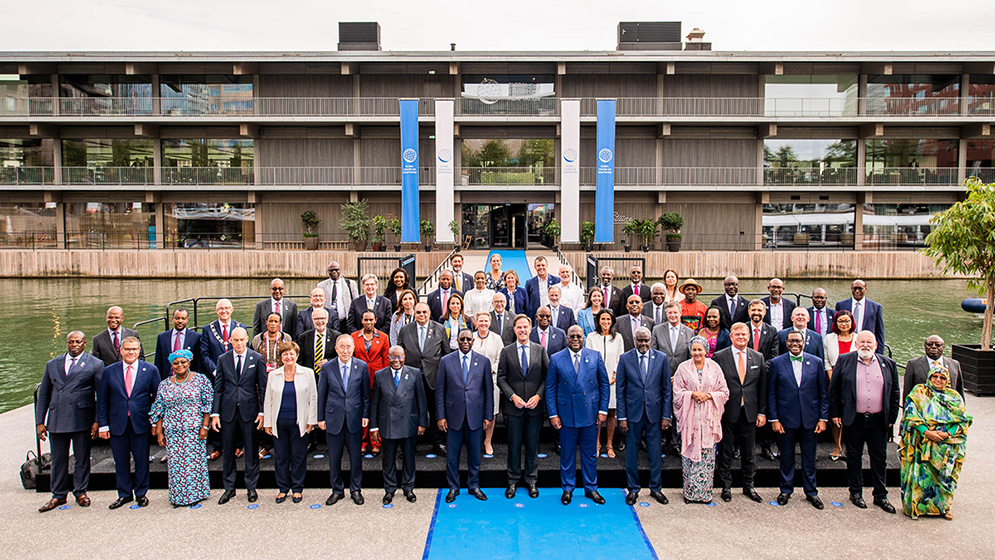