The Director-General spoke in Washington at the National Foreign Trade Council Foundation’s annual dinner where she received the organization’s prestigious World Trade Award. The award, which had previously been given to Nelson Mandela, Kofi Annan and former US Trade Representative Mike Froman, is given each year to mark the outstanding contribution of the recipient to furthering open trade.

In her speech, Dr Okonjo-Iweala acknowledged that the COVID-19 pandemic and now the war in Ukraine had disrupted trade, strained global supply chains and led many companies to rethink trading patterns and supply options. Moreover, she said, some commentators have even begun to question multilateralism itself, suggesting that trade be conducted in two or three competing or perhaps adversarial blocs.

“This is totally understandable given the tense and uncertain times we live in. But I believe we should not draw the wrong conclusions from these stresses. The multilateral trading system is a global public good developed over 77 years ago and nurtured over time. It is not a perfect system but rather than retreat from it we should invest in and strengthen it. We should reform the WTO that underpins it and upgrade its rules to deal with 21st century challenges,” she explained.

Research from WTO economists suggests that breaking the world economy into two trading blocs would seriously diminish specialization and technology spillovers and would curb global GDP by 5% in the long term. But, she said, the losses would be even greater if the reduced economies of scale, the transition costs and the disorderly resource allocation are taken into account.

Trade had been a vitally important tool in combatting the pandemic, she said, as exports of medical goods — including inputs needed for the production of vaccines — surged 16% in 2020 even as global trade overall contracted 8%. She also drew attention to the December agreement among 67 WTO members on domestic regulation in services which will slash costs for services providers by $150 billion every year. This agreement she pointed out was also the first WTO agreement to provide anti-discrimination provisions which protect women.

The Director-General acknowledged that the world has changed and that the WTO and the multilateral trading system were in need of reform. Such reform should include new rules on digital trade, integrating women and smaller businesses into the trading system and updating rules on subsidies in agriculture, industry and services. The dispute settlement system also needs to be “fully reformed”, she said, and the WTO must make a contribution to solving global problems of climate change, responding to future pandemics and tackling the looming food crisis.

“This agenda for the WTO is very much in line with the objectives set out in our founding Marrakesh agreement: to use trade to raise living standards, create jobs and promote sustainable development,” she said.

The disruption of global supply chains has raised questions about where production and supply should be based. While some reshoring, “nearshoring” or “friend-shoring” was inevitable, she said, turning inward was not the answer.

“Retreating from trade would make countries more, not less, vulnerable to production shocks arising from natural disasters, crop failure or disease outbreaks. That does not sound like risk management in an age of climate crises and pandemics,” she said.

Her full speech is available here. 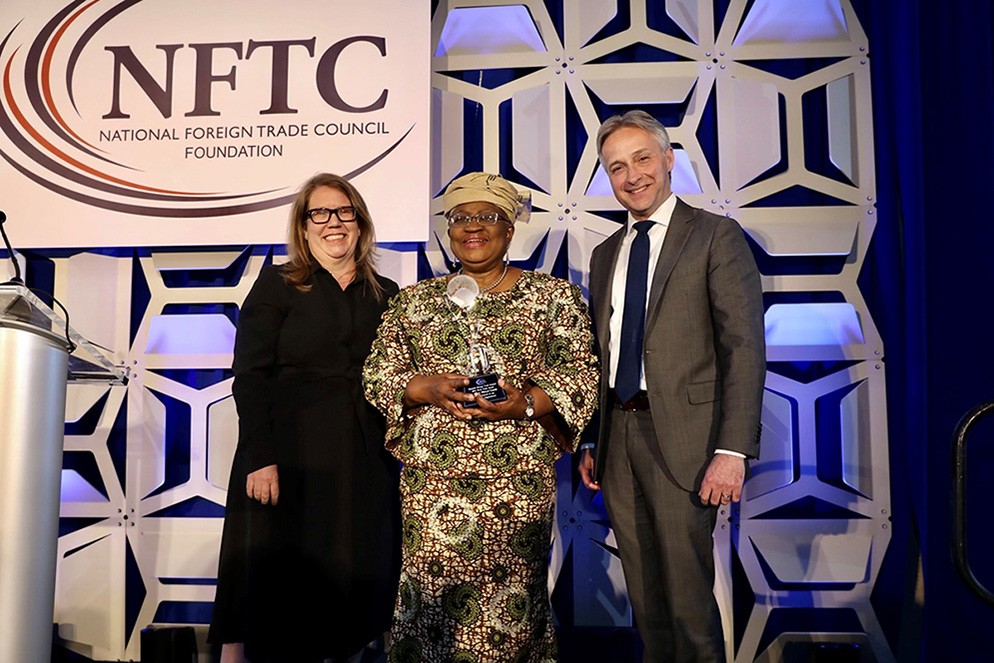