The session highlighted the importance of an inclusive economic recovery, especially as women-owned businesses have faced particular difficulties since the outbreak of the COVID-19 pandemic. This is in addition to long-standing challenges, such as lack of access to finance and gender bias.

“For every dollar a man makes, a woman earns 63 cents,” Dr Okonjo-Iweala said in her opening remarks. Moreover, women are under-represented in the workforce, she said. “Globally, women make up only 37 per cent of the manufacturing sector, 25 per cent in big data and artificial intelligence, 15 per cent in engineering and 12 per cent in cloud computing.”

To overcome barriers that keep women out of international markets, Dr Okonjo-Iweala called for “active trade policies that ensure non-discrimination and that help women access global value chains” and for “scaling up supply side support to women-owned businesses” so they can make their way into male-dominated sectors. These range from science, finance and technology, to engineering, mathematics and aerospace. “Trade remains a tool to empower women. Trade can propel entire economies forward”, she stressed.

DG Okonjo-Iweala underscored the importance of non-discrimination between men and women, highlighting a provision contained in the outcome on services domestic regulation concluded by a group of WTO members in December 2021. The provision, the first of its kind to be included in a WTO negotiated text, seeks to boost women's participation in services trade.

Noting that the most profitable sectors in international trade are male-dominated, Pamela Coke-Hamilton, Executive Director of the International Trade Centre (ITC), called for increased efforts to boost women's technical expertise and increasing their access to land, finance and machinery. She stressed: “If half of the global population is systematically excluded from participating equally in the economy, how are we to recover in a sustainable fashion?”

Ms Coke-Hamilton called for women to be treated as equal partners. She said: “Women make up 43 per cent of the global agricultural labour force, according to the United Nations Food and Agriculture Organization, yet they face discrimination when it comes to land and livestock ownership, equal pay and access to credit.” Highlighting the SheTrades Initiative aimed at helping women connect to international markets, she stated her “commitment to expanding the Initiative to reach young girls, so that we can begin to shape the future generation of women entrepreneurs.”

The women entrepreneurs on the panel were Jessica Madrid Lugo, CEO and General Manager of Mexico's Laser Manufacturing, Malika Meddahi, Deputy Director for Accelerators and Technology at the European Organization for Nuclear Research (CERN), and Kohinoor Yeasmin, CEO of Bangladesh's Tarango.

The three entrepreneurs shared their experiences with overcoming barriers and achieving a successful career, emphasizing the need for women to strengthen their technical skills and combat unconscious biases. They underlined the importance of gender equality in education and in the workplace along with the need to invest in capacity-building activities and improving access to finance for women.

Marco Forgione, Director General of the United Kingdom Institute of Export and International Trade, also spoke at the session. Highlighting the important economic gains from international trade, Mr Forgione underscored the essential role that the Geneva-based trade organizations — the WTO, ITC and the United Nations Conference on Trade and Development (UNCTAD) — play in helping women connect to markets globally.

More information on the session can be found here. 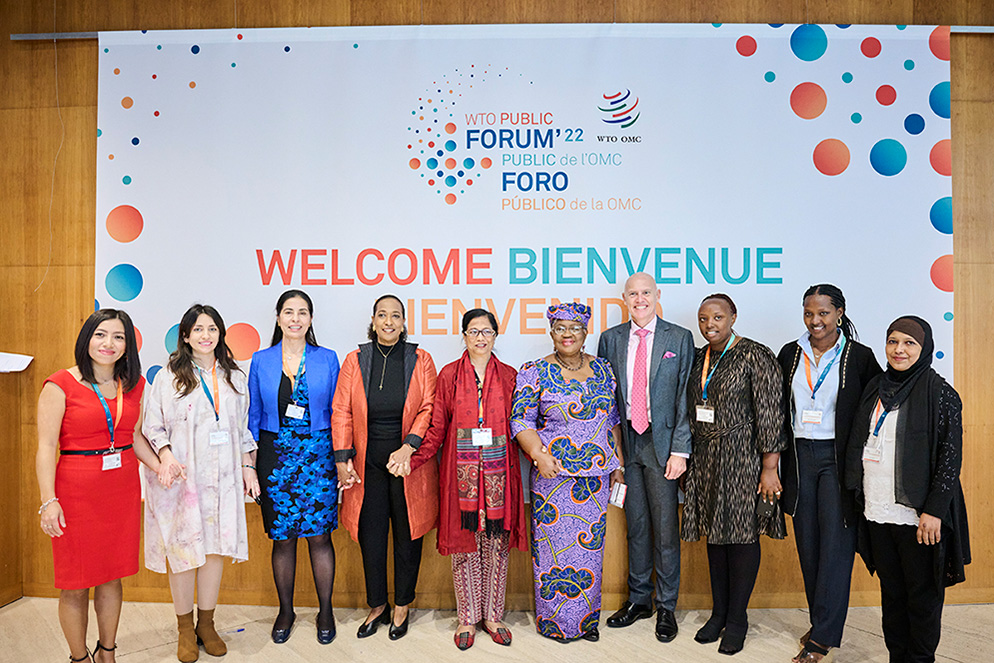