Speaking at the 8th Tokyo International Conference on African Development (TICAD) in Tunis, DG Okonjo-Iweala noted that Africa is a large, growing and  — thanks to the African Continental Free Trade Area (AfCFTA) — increasingly integrated market of 1.4 billion consumers and entrepreneurs.

However, the COVID-19 pandemic has set Africa back several decades on poverty reduction, education, and job creation and brought back familiar problems related to debt distress, she said.

DG Okonjo-Iweala urged global solidarity with Africa in the form of financial support and debt restructuring but also by encouraging investment and improving trading conditions, including through free trade agreements and special and differential treatment.

She encouraged countries like Japan to “come back to Africa” and help integrate the continent in global supply chains for value-added goods and services, which would help African growth, job creation and development while also benefitting investing companies.  To this end the DG welcomed the announcement by Japanese Prime Minister Fumio Kishida of USD 30 billion in contributions to Africa over the next three years.

Participants in TICAD 8 issued a concluding “Tunis Declaration” in which they reaffirmed their commitment to uphold and strengthen the rules-based multilateral trading system with the WTO at its core. They also called for the implementation of the outcomes reached at the WTO's 12th WTO Ministerial Conference, including those on special and differential treatment, fisheries subsidies, food security and the WTO response to the COVID-19 pandemic and preparedness for future pandemics. 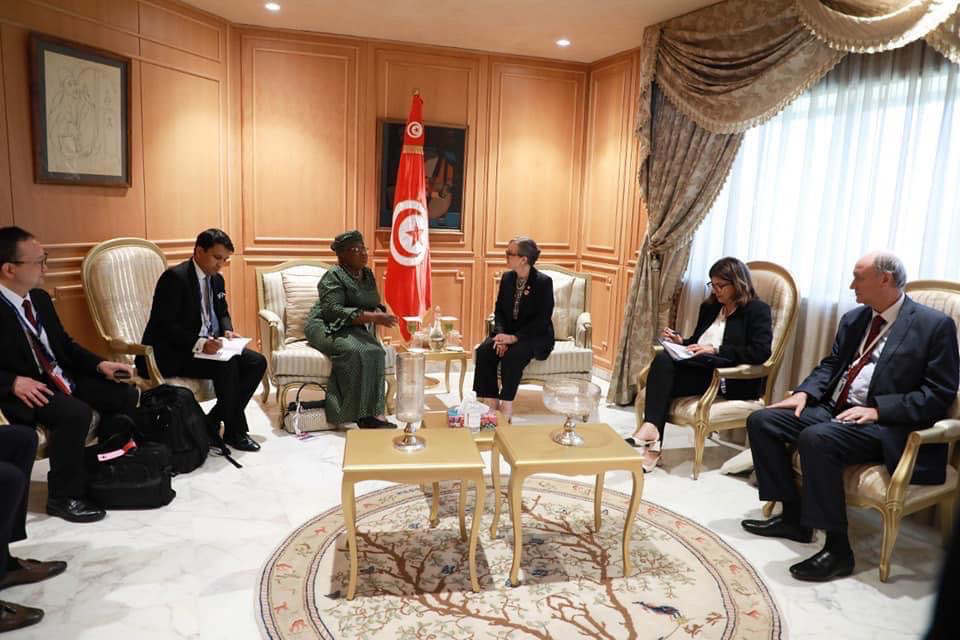