The issue of promoting a coordinated approach among international organizations, governments, businesses and civil society to promote a post-pandemic green recovery has been addressed by members in various WTO bodies in recent years, with many recognizing the need to update rules written more than a quarter of a century ago when the environmental crisis was not so pressing.

Panellists underlined that the climate crisis is the biggest threat to global prosperity and that slashing greenhouse gas emissions is one of the greatest challenges faced by humankind.

Pamela Coke-Hamilton, Executive Director of the International Trade Centre (ITC), stressed the need to think radically and break silos between trade and environment if the international community wants to ensure that trade is part of the solution to climate change. “People have to realize that climate change is killing us, that literally we are dying. Not dying as quickly as with COVID but people need to recognize what the impact is going to be if we do not act and act quickly,” she said.

Ms Coke-Hamilton highlighted the ongoing WTO discussions on trade and environmental sustainability and plastics pollution as an indication of the political will to begin to address these issues in the context of trade and trade agreements. In these discussions, one of the main elements should be access to the finance needed to undergo the green transition and enabling capacity building. “This is particularly important for the developing countries who are being asked to take on additional obligations without the clarity of what it is going to mean,” she said.

Also highlighting the importance of the link between trade and environment, Josefa Leonel Correia Sacko, Commissioner for Rural Economy and Agriculture of the African Union Commission (AUC), called for greater and quicker transfer of green technology to Africa, a continent responsible for only 3% of global emissions and especially vulnerable to the effects of climate change.

Ms Correia Sacko asked WTO members to grant the AUC observer status in the organization so that it can participate in the discussion on how the multilateral trading system will align its rules to better fight climate change in the near future. “We really need to have an observer status at the WTO because Africa is a big place where trade is happening. Africa is where the future is. We have the biggest young population in the world, so we really need to be here,” she said.

Landry Signé, Professor at the Thunderbird School of Global Management, also drew attention to how deeply Africa will continue to be impacted by the climate crisis and called on the WTO to “use its unique position to bridge trade and sustainability globally.” Citing WTO Director-General Ngozi Okonjo-Iweala, Professor Signé stressed that multilateralism needs to be renewed at a time when the world needs new rules. “The future of trade is digital, is green, and is inclusive,” he said.

Professor Signé stressed that bold climate action would yield direct gains in terms of economic growth, job creation and public health. He cited recent economic research according to which a successful clean energy transition could generate 65 million new jobs worldwide and result in USD 26 trillion in financial benefits by 2030, while preventing the premature death of 700,000 people.

Clea Kaske-Kuck, Director for Policy, Advocacy and Member Mobilization at the World Business Council for Sustainable Development, spoke of the importance of moving from supply chains to value chains and looking at how these can be transformed to improve the environment, support people and address the climate crisis. A key element would be promoting the skilled jobs needed for the new green economy.

Ms Kaske-Kuck said policymakers need to think about risks and rewards as part of the solution to the challenges posed by climate change. “It is not only about future risks because we see the risks now. We see the impact on small island states and more recently in Pakistan, but we really see it around the world,” she noted. With regards rewards, she said this could mean long-term quality of doing business or improved trade agreements. “I think we have to think very creatively and maybe get rid of some of the old ways of approaching some of these issues,” she added.

Acknowledging the role international organizations and governments must play, Prasoon Kumar, co-founder and CEO of BillionBricks, said that building a more sustainable trade agenda should be driven by people. “We have to look at our own lifestyle, our own consumption patterns. The moment we do that, and maybe reduce our consumption or move to more sustainable things that we want to buy, that automatically will change the world and start influencing how trade becomes more sustainable,” he noted.

BillionBricks is a self-financing community combining housing and solar energy. Mr Kumar noted that their experience on the ground, particularly as a result of the COVID-19 pandemic, is that communities in developing countries and least developed countries (LDCs) are recovering and becoming increasingly entrepreneurial and empowered, in contrast with the gloomy predictions in developed countries.

However, current financial trends are casting doubts on the strength of the recovery. “There is a growing fear that the interests rate will go up, not only mortgages but also for us to raise capital and build houses, which would have a long-term impact in the housing we provide,” he said.

A video recording of the session is available here. 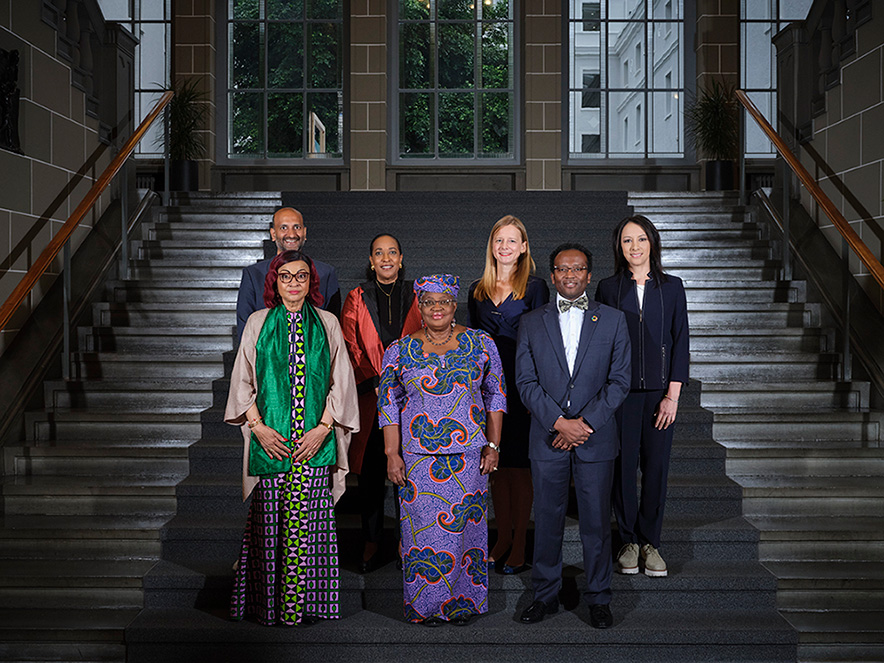