“This report is being launched at the same time as COP27. What I hope to see emerge there and elsewhere is a trade and investment facilitation pathway in support of a just transition to a low-carbon economy,” Director-General Ngozi Okonjo-Iweala, who is participating in the climate summit, said in her foreword to the report. “The report argues that trade is a force for good for climate and part of the solution for achieving a low-carbon, resilient and just transition,” she said.

The Director-General will present the report at a high-level event for world leaders at COP27 on 8 November titled “Time to Act: Implementing Trade-Related Contributions to the Global Response to Climate Change.”

Second, trade is a force multiplier for countries' adaptation efforts in the face of climate disruptions, reducing costs of technologies and critical goods and services. In the longer-run, open international markets would help countries achieve necessary economic adjustment and resource reallocation. This is particularly relevant for the most vulnerable economies — least-developed countries, small-island developing states and landlocked developing countries.

Third, trade can reduce the cost of mitigating climate change — by supporting the reduction or prevention of GHG emissions — and speed up the transition to a low-carbon economy and the creation of green jobs. WTO simulations presented in the report suggest that eliminating tariffs and reducing non-tariff measures on a subset of energy-related environmental goods could boost exports by 5 per cent by 2030, while the resulting increases in energy efficiency and renewable uptake would reduce global emissions by 0.6 per cent.

Finally, the report emphasizes that international cooperation on trade-related aspects of climate policy is vital for making climate actions more effective, and the low-carbon transition more just, minimizing trade frictions and investor uncertainty. The report shows that, without global cooperation on ambitious climate policies, the world will not achieve the Paris Agreement's goal of limiting the global temperature rise to well below 2 degrees Celsius.

The report can be downloaded here. Printed copies are available through the WTO Online Bookshop.

An executive summary of the report is available here. 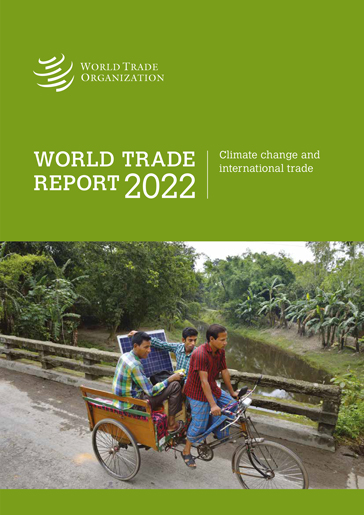 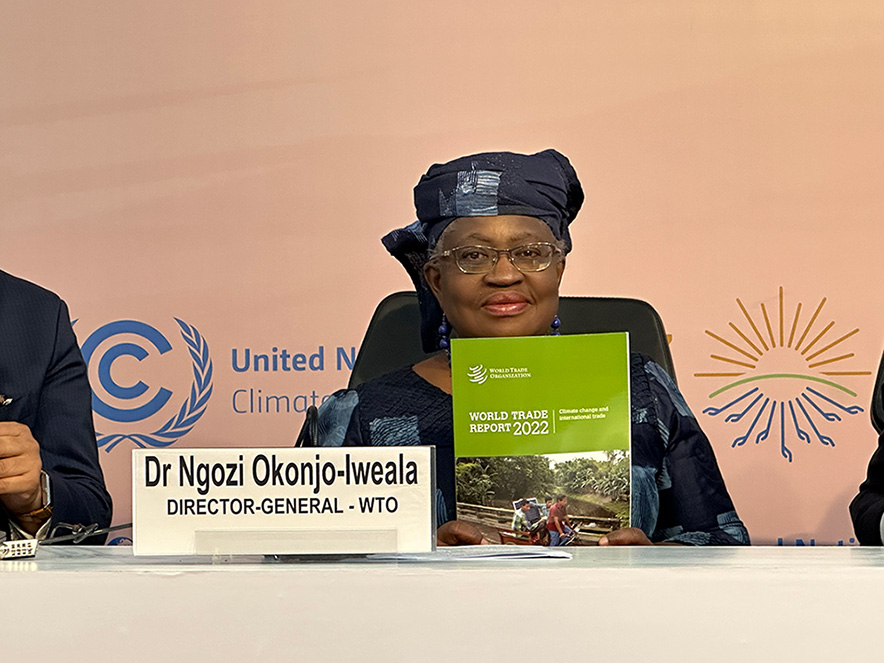 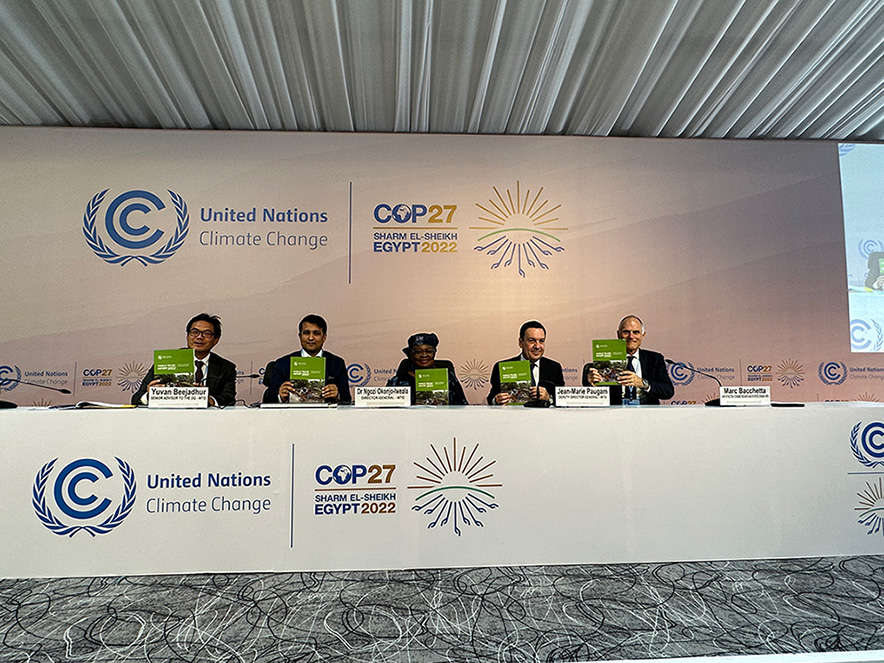 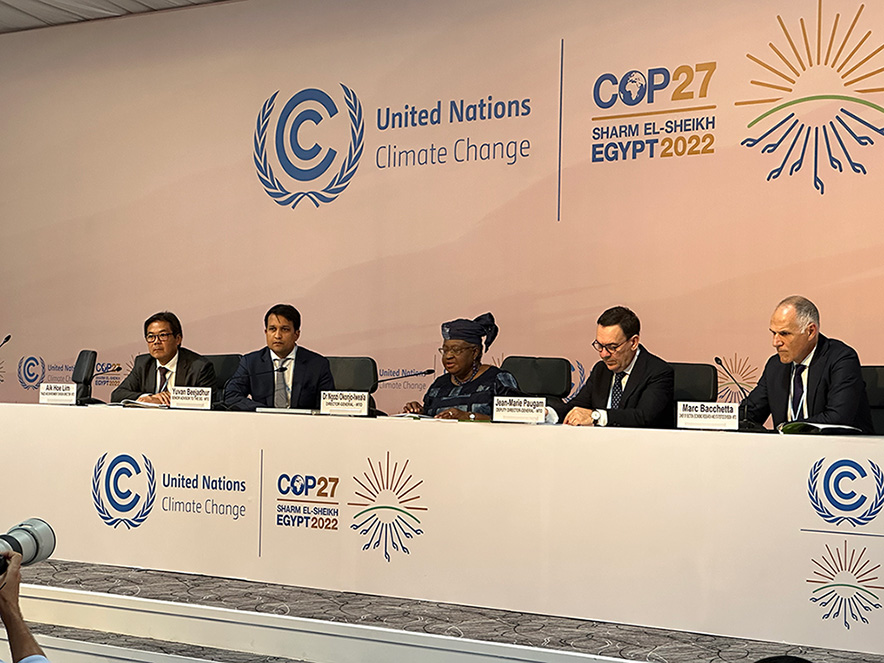 WTO press conference at COP27: The WTO's role in addressing climate change, with a preview of the 2022 World Trade Report