“Excellencies, at MC 12 you breathed new life into a multilateral negotiations,” the Director-General told members in her role as chair of the TNC.  “If we are serious about sustaining this new life, we must now return in earnest to look at the tasks before us and build convergence on how to go forward wherever feasible.”

Since MC12, members have held brainstorming retreats on how to prepare for the second “wave” of negotiations on disciplining harmful fisheries subsidies and how to break the deadlock in the long-stalled agriculture negotiations.  Members also met informally on 10 November to exchange views and ideas on WTO Reform.

While these meetings and others were important steps, we “must try to move from discussion and reflection as soon as we can, to action. This is the call I heard repeatedly in my recent exchanges with leaders, ministers and several [other] stakeholders.”

“I think it's because of the state the world is in, everyone is worried,” she said. “They're looking to multilateral organizations to try to move things forward.”

The Director-General met with a number of world leaders during the Group of 20 summit in Bali. Indonesia on 16-17 November and also met with heads of government and ministers in Australia, New Zealand and several Pacific states during a recent visit to the region.  She also met with German Chancellor Olaf Scholz in a meeting together with leaders from the IMF, the ILO, the OECD and the World Bank in Berlin on 29 November.

The Director-General said it was clear in her discussions that leaders are beginning to view the WTO positively, particularly since the success of MC12, and regard it as key in advancing shared objectives.

“Part of the reason why the WTO has become quite important in the discussions that are ongoing now is because we contributed at a time when leaders thought they needed a multilateral organization that functions that shows that global solidarity matters,” she said.  “We stepped up to the plate and we delivered. We must step up now and further contribute.”

One of the most immediate priorities for the membership is the selection of new chairs to lead the negotiations on fisheries subsidies and agriculture.  The Director-General noted that apart from the retreats, “the reality is that there has been no concrete multilateral negotiating activity since MC12.”

“We simply cannot afford to continue in this way for an international organization that is expected to contribute to resolving urgent global challenges,” the Director-General declared. “Members will have to find a way out of this impasse now.”

General Council chair and Swiss Ambassador Didier Chambovey, who is heading efforts to secure consensus around the appointment of the new chairs, informed the TNC that the situation “has not evolved” since he last reported to members at an informal General Council meeting on 1 November. He expressed concerns with the situation and urged members to work together constructively towards a solution.

The Director-General also commented on other areas of the WTO's work that do not fall under the TNC remit.  The “most urgent” she noted is whether to extend the MC12 TRIPS Decision beyond vaccines to cover the production and supply of COVID-19 diagnostics and therapeutics.  Members are due to decide on the extension by 17 December.

“I urge all members to redouble their efforts to find a mutually acceptable solution or a path forward on this issue — stalemate at the TRIPS Council is not the way forward,” she said. “The conversations I've had with leaders of both proponents and non-proponents points to a difficult yet not insolvable challenge.”

The Director-General also noted that WTO Reform was a “matter of prime importance.” During her recent travels, leaders from both developed countries and emerging markets “made clear that they need a well-functioning multilateral trading system with WTO at its core…We have not seen the WTO as central to leaders in such a long time and I don't think we should squander this opportunity.”

Reform of the WTO's dispute settlement system “remains an area of great importance for most of those I have met with recently,” the Director-General added.  “To be blunt, the collective assessment is that the term “dysfunctional” will never completely be disassociated from the WTO unless we reform and restore a well-functioning dispute settlement system.” 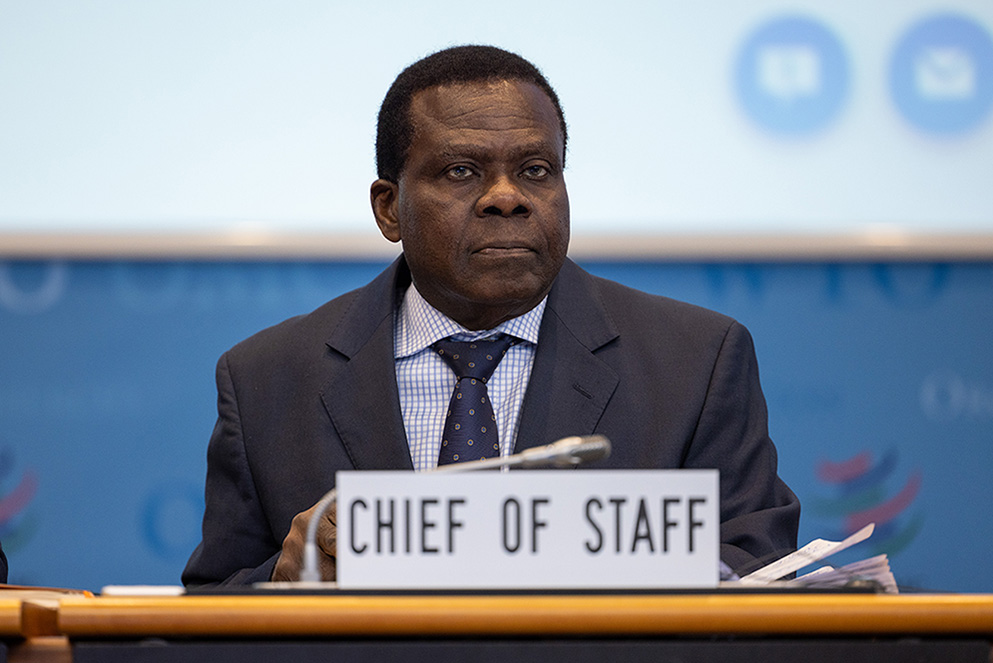