The five Congress ambassadors are testimony to how women are powerful agents of change, and how their resilience is key to the economic recovery of their communities and countries. The Congress ambassadors will address participants at the first plenary session of the conference titled “Women in crisis, from diagnostic to solutions” and will also take part in the closing session.

To attend the World Trade Congress on Gender, all participants must complete an online application form. Participants have until 18 November 2022 (midnight) to register for in-person attendance.

Learn more about the Congress ambassadors below. 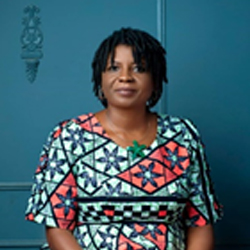 From the age of five, when she was travelling with her parents through Kaduna State in northern Nigeria, Olanike Olugboji observed women and children walking along the roads carrying heavy loads on their heads over long distances. As she grew up, she began to understand these women and girls were leaving their villages to find water and firewood.

Years later, with a background in urban and regional planning, and a passion for the environment that she never lost,  she founded the Environmental Management and Protection Network, which became the Women's Initiative for Sustainable Environment (WISE) in 2008.  “I realized that every environmental challenge I had interest in, whether it was water scarcity, access to clean cooking energy, or land rights, always took me back to the doorstep of women. Yet, they don't have a say in how they can secure these resources,” she said. 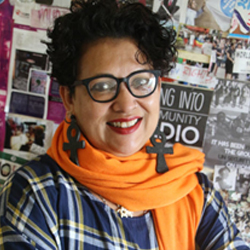 “I remember listening to my mother singing a feminist anthem about equality, development and peace. When I was 20, she led me through a learning process of listening to local women leaders. When you are given this opportunity to listen to women's stories, you are responsible for making sure their knowledge connects with policymakers,” she explained.

After a career in mainstream broadcasting, Sharon Bhagwan-Rolls decided in early 2000 that it was time to invest her time and skills in feminist media and communications. Since then, she has coordinated providing civil society inputs to the United Nations and played a multitude of roles in organizing for women's causes. Today, her work with Shifting the Power Coalition is supporting Pacific Island women's collective action by using an inclusive peace, development, and humanitarian nexus approach. 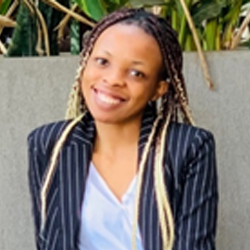 Esther Atosha, representative of Young Women Leaders for Peace and entrepreneurial trainer, the Democratic Republic of the Congo

Coming from a low-income family, Esther Atosha could not  afford to go to university. But she never gave up on her aspirations. “I always dreamt of becoming a politician in my country, the Democratic Republic of the Congo. No matter my age, I will go to university, I will get my degree, and I will sit at the decision-making-table,” says Esther Atosha.

Her determination comes from the love she has for her country, which has faced conflict for decades. “We were born in conflict, and we grew up in conflict. I am pushing boundaries so that the next generation doesn't face these challenges,” she explains.

Today, Esther Atosha is a gender equality activist and representative of Young Women Leaders for Peace. The programme, initiated by the Global Network of Women Peace Builders, helps young women and girls gain the skills and confidence to become leaders in their communities, mostly in conflict-affected regions. Through awareness campaigns, training activities, workshops and informal education, she helps other Congolese women to raise their voice, convinced that women's recovery is key to the country's resilience. 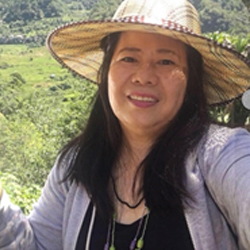 Paulina Lawsin Nayra is a gender and development trainer advocating for gender equality and civil society participation. She was raised by a single mother who eked out a living by making rice cakes every day, providing home service manicures and pedicures on the weekends, and baking and selling “roscas” during town fiestas.

“A woman supporting herself and her family is a common thing,” says Paulina Lawsin Nayra. “But in the Philippines, where poverty has persisted for generations, many women who earn their livelihood struggle to thrive because of gender issues.”

This problem makes women particularly vulnerable to natural disasters that regularly strike the country. Deeply convinced that women's empowerment requires mutual understanding and assistance, Paulina Lawsin Nayra founded Women Enablers Advocates & Volunteers for Empowering & Responsive Solutions (WEAVERS) based in Leyte, with the idea that weaving women's skills and dreams together enables them to support their family and their community, but also their country and the world. 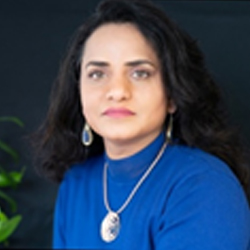 Anila Noor is a policy expert from Pakistan advocating for women migrants and refugees. “As a girl, I felt in my childhood that my voice didn't matter,” she says.

Anila Noor worked as a gender consultant for 12 years in her home country. She claimed political asylum in the Netherlands in 2015. “As I became a refugee, it was a surprise to me to feel myself again as a burden, a passive receiver, this time in Europe, a place for human rights.”

Anila Noor's commitment towards gender equality became stronger. She worked as policy advisor on inclusion and integration for the city of Amsterdam, was appointed Board Member of the European Migrant Advisory Board and is now part of the European Commission Expert Group working on migration, asylum and integration.

As she engaged in those national and regional policy forums, Anila Noor became more aware of the gender discrepancies in dealing with migration and integration. She founded New Women Connectors in 2018, a platform connecting women's migrants voices, experience and resilience to policymaking processes in Europe.