Welcome to the WTO and to this Trade Dialogues event.

At the outset, let me thank the Graduate Institute and the Centre for Trade and Economic Integration for organizing this event today. Over the years our institutions have developed an important partnership. I am glad to strengthen this dialogue today.

We created the Trade Dialogues initiative at the WTO exactly for this purpose: to create a platform to interact with the wider trade community. We wanted to ensure that stakeholders could highlight issues they find important, enrich debates, and help spark conversations at the organization.

Academia, of course, is a very important interlocutor. As incubators of new ideas, you help bring different perspectives to the table. I think that this exchange is very important. It helps to ensure that research is relevant and that policy making is informed.

And I think that our discussion today is indeed very timely.

Today's event looks at different future trends in trade – especially at the impact of new technologies in economies and societies. This is a topic at the forefront of many debates across the globe.

However, I also think that the timing of this event is also particularly fortunate. Today – the 30th of October - marks the 70th anniversary of the signing of the GATT, the WTO's predecessor.

The GATT was created as one of the first multilateral trade instruments. When it was signed in 1947, it was considered to be the most far reaching negotiation ever undertaken in the history of world trade.

And while it has helped shape the multilateral trading system as we know it today, I think that when founders created the GATT, they could not have foreseen how much the world economy would change. Nor could they foresee how deep and challenging these changes would be.

For example, the multilateral trading system itself is much more diverse and inclusive.

But also in comparison to 1947, another big structural change is happening. Automation, digitization and new business models are revolutionising the global economy.

New technologies are completely transforming the way in which goods, services and information are produced and exchanged.

Of course, this process is not new. Steam and the first machines powered the industrial revolution in the 19th century. Electricity, the assembly line and mass production enabled the large leap in living standards of the 20th century. And we progressively adapted to these changes, particularly in the job market.

But now in the 21st century, what is unprecedented is the pace and speed of these new technological developments.

Thanks to innovations like containerization to fibre optics, production stages happen in different countries.

In the 1980s, Toyota produced cars that were “Made in Japan”; today it produces cars that are “Made in the World”, with supplies and components coming from a score of different countries.

The internet has also had a huge impact on the way we trade.

Trade in services, data and information is surging across digital platforms. And we know that traditional trade in manufactured goods, agricultural products or natural resources is also increasingly enabled by digital technologies.

Between 2013 and 2015, the value of online trade jumped from 16 trillion to 22 trillion dollars – expanding the opportunities worldwide. This will continue to grow rapidly. It is estimated that e-commerce sales will rise by over 23 percent in 2017 alone.

All this presents many opportunities to leverage trade as a tool to promote growth and development. At the same time, this unprecedented technological advance is also driving big structural changes in labour markets.

Productivity gains from new technologies are reducing the demand for labour in more traditional sectors, such as agriculture or manufacturing.

In the year 1900, almost half of all workers in France were employed on farms. Today, the figure is less than 3 percent. In fact, in some economies 8 out of 10 job losses in manufacturing are due to higher productivity, not cheaper imports.

Of course, this so called "fourth industrial revolution" is not going to make all our jobs disappear. But it is bringing huge changes. And while these processes have brought progress overall, we need to recognise that not everybody has been able to benefit and participate.

We need to respond to this and adapt. This is a challenge facing governments and societies everywhere – in both developed and developing economies.

Those reports have generated some interesting debates. And it was clear from those conversations that sustainable and balanced economic progress will hinge on the ability of economies to adjust to changes and promote greater inclusiveness.

And while there may not be a 'one size fits all' recipe to deal with these challenges, some policies can play an important role here. They include, for example:

A great deal of these efforts will have to happen at the domestic level. And I also think that the multilateral trading system has a constructive role to play to help drive inclusivity.

While the basis of this system was established 70 years ago, I think that its architecture - underpinned by principles such as transparency, predictability and non-discrimination - remain fundamental to the proper functioning of the global economy today.

At a more fundamental level, we all saw the value of the trading system during the financial crisis. In the 1930s, protectionist measures wiped out two-thirds of trade flows – with devastating consequences.

Our monitoring shows that trade restrictions imposed by the G20 economies since the 2008 crisis cover just 4.25 percent of world trade. This shows that the system is doing what it was created to do.

At the same time, I think that we can do more to ensure that the system is more inclusive, that it addresses the challenges of our times – while also upholding these essential principles.

This is, ultimately, in the hands of members. And I think we have some good foundations to build on.

Our next Ministerial Conference is in Buenos Aires this coming December, and it can be another opportunity for progress.

Conversations are ongoing on a number of fronts. I hope that we will leave Buenos Aires with members committed to strengthening the trading system, and with a clear path forward for our future work.

The global trading system has been – and will remain – a work in progress. We have come a long way in recent years – and now we must go further.

Especially at a time of fast economic change, we need to ensure that the multilateral trading system can help maximise the opportunities presented by technology, and help mitigate any adverse effect.

Working together, we can ensure that the global economic system is more inclusive, and that its benefits can reach everyone.

I wish you a successful event and look forward to hearing from your discussions. 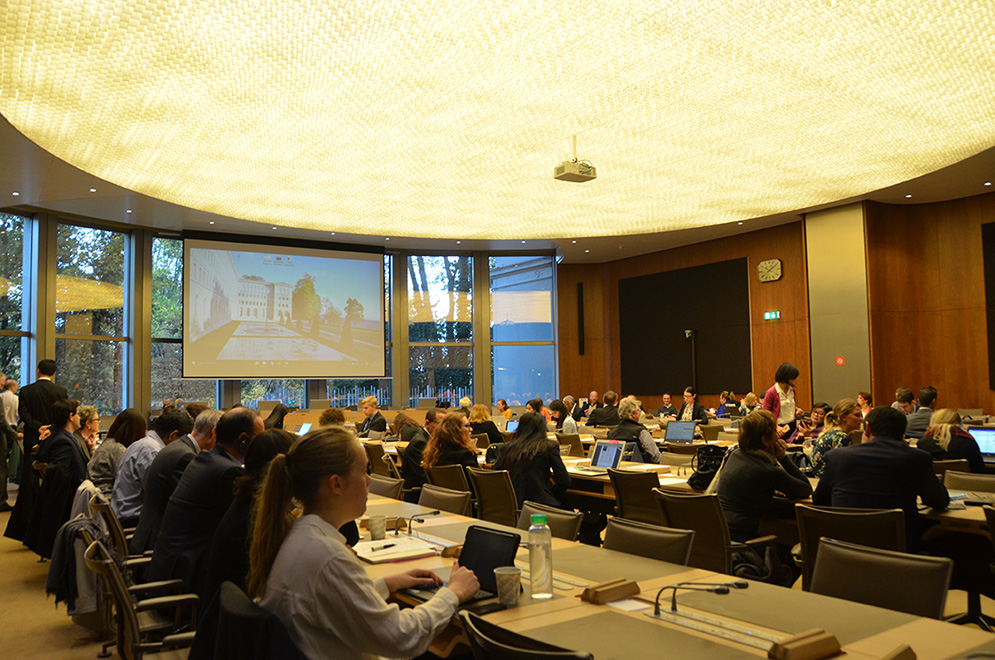