You've all seen the press release, so I'll just highlight some of the key points as I see them – and say a few words about the broader context.

The outlook that we are publishing today is quite positive. It reflects the stronger economic growth that we have been seeing in both developed and developing countries, and which is forecast to continue.

But let me be clear – these forecasts do not factor-in the possibility of a dramatic escalation in trade restrictions.

Our aim is to highlight the main factors currently driving trade and suggest possible outcomes – not to peer into a crystal ball and predict possible policy decisions.

So, first, let me run you through our assessment of the performance to date. Then I'll examine the outlook for the coming years. I will come back to the developments of recent weeks later on.

The volume of world merchandise trade grew by 4.7%. This significantly exceeds the 3.6% that we forecast in September last year.

This is the fastest rate of expansion since 2011, when the global economy was still rebounding from the financial crisis.

Growth for the year was up sharply from the very disappointing 1.8% that we saw in 2016, when both developed and developing economies recorded slow GDP growth and weak import demand.

This strong performance was largely driven by cyclical factors, as world real GDP growth picked up to 3.0% from 2.3% the previous year.

Economic activity was in turn driven by increased investment spending, particularly in the United States, and rising consumption, notably in Japan. Investment in particular is highly correlated with trade given its high import content.

Meanwhile, China and the European Union maintained a more steady pace of expansion, providing a bedrock for global demand.

Indeed, all regions contributed to the trade recovery in 2017. The main contributors were the Asian economies, which together contributed 60% of the volume increase in imports, and 51% of the increase in exports.

I recall that all of this is looking at trade volume.

Trade growth was even stronger when measured in US dollars, reflecting both higher quantities and rising prices.

World merchandise exports in 2017 were valued at 17.2 trillion dollars, up 11% on the previous year.

Meanwhile, world commericial services exports were measured at 5.25 trillion dollars – an increase of 7%.

Continuing from last year's strong performance, we see economic conditions converging to allow sustained growth in trade and output. And this applies for both this year and next.

Consumer and business confidence have turned upwards and economic growth is synchronized across regions. When all of these cylinders are aligned and firing together, the engine performs much better.

We therefore estimate that world merchandise trade volumes will grow nearly as fast in 2018 as they did in 2017, with growth of 4.4%. And we expect that growth will remain quite strong in 2019 at around 4.0%.

This is good news. It represents the best run of trade expansion since before the crisis, supporting economic growth, development and job creation around the world.

But, of course, risks to the forecast are signficant and they are predominately on the downside.

Monetary policy is likely to become less expansionary and financial conditions may become tighter. This could produce some volatility in markets and capital flows.

To reflect this uncertainty we place these forecasts within an indicative range of possible outcomes.

However, I stress again that even this range does not take into account the more significant risk before us.

So now let me turn to the rise in tensions that we are seeing between some trading partners.

Some measures have already been implemented, some are still proposals. The possibility of further escalation remains hypothetical at this stage, but a reality nonetheless.

However, it seems that even the threat of further escalation may already be having an effect. In March, Purchasing Managers Indices indicated a slowdown in export orders. At the same time, a separate index of economic uncertainty has risen.

It is not possible to accurately map out the effects of a major escalation, but clearly they could be serious. A breakdown in trade relations among major players would derail the recovery that we have seen in recent years, threatening the ongoing economic expansion and putting jobs at risk.

In an interconnected economy, the effects would be globalised, reaching far beyond those countries who are directly involved. Poor countries would stand to lose the most.

So we have to do everything we can to avoid further escalation. I have been urging WTO members to take every action possible to avoid going down this road.

The WTO was created as a forum for members to hold each other to account – and they have been doing so effectively for many years.

We must safeguard the strong trade growth that we are seeing today, and ensure that trade remains an engine for economic growth, job creation and development around the world. 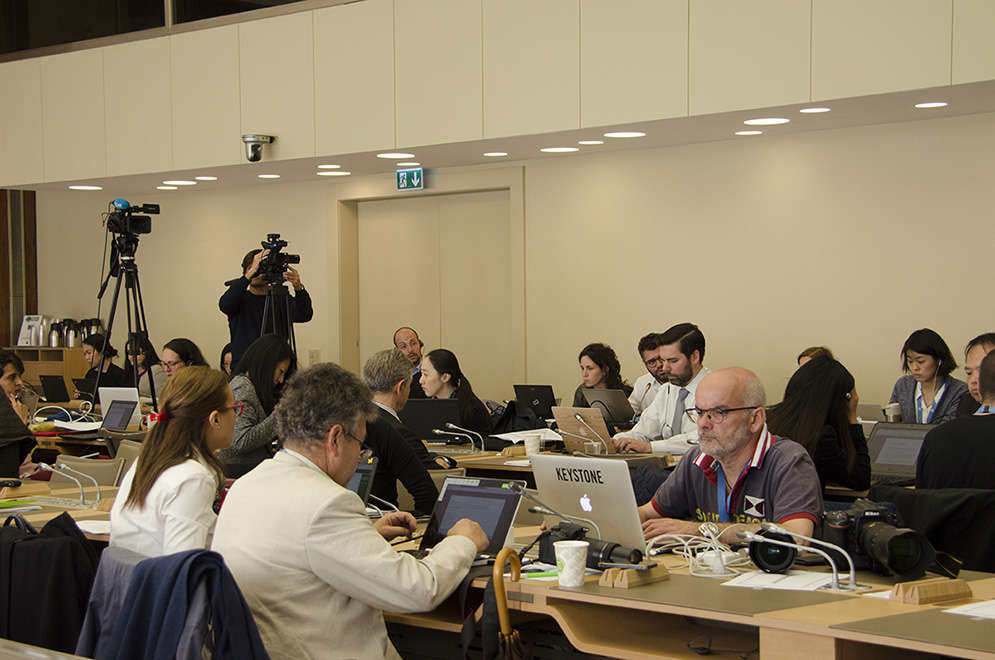