25 years of the WTO: A Photographic Retrospective

25 years of the WTO: A Photographic Retrospective captures some of the key moments in the life of the WTO since it came into being on 1 January 1995. Over 150 photos provide insights into the work of the organization over the past quarter of a century, reflecting 25 years of challenges, successes and perseverance.

The photos are presented in chronological order, starting in 1995 with the birth of the WTO and the appointment of its first director-general. All major events over the past 25 years are depicted, ranging from the WTO's 11 ministerial conferences to activities held at the WTO's headquarters in Geneva.

The book concludes with photos of the six directors-general who have led the WTO since its establishment and the chairs of the General Council, the WTO's highest decision-making body outside of ministerial conferences. 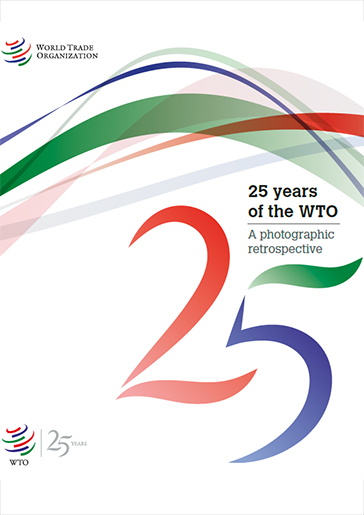