The g7+ WTO Accessions Group is a sub-group of the larger g7+ group, which is an association of fragile and conflict-affected states. The g7+ group was formed in 2010 with the objectives to seek for transition to the next stage of development to forge pathways out of fragility and conflict and to enable peer learning on how to achieve resilience and support between member countries. The group’s vision for peace and state building is set out in the Dili Declaration, agreed in April 2010. The motto of the g7+ is: “Nothing about us without us." Currently, Sierra Leone is the chair of the group.

Led by Afghanistan and Liberia, the Trade Ministers from these latter eight countries officially inaugurated the g7+ WTO Accessions Group on 10 December 2017, on the margins of the 11th WTO Ministerial Conference (MC11) in Buenos Aires, Argentina.

The main objectives of the g7+ WTO Accessions Group are:

i. to facilitate the integration of post-conflict and fragile economies into the multilateral trading system through WTO accession-related reforms, including the establishment of credible economic and trade policy frameworks and institutions, and the promotion of transparency and good governance, based on international best practices; and,

ii. to support the efforts of the WTO acceding governments in the Group, including through information and experience sharing

The objectives of the Group are set in the Ministerial Declaration adopted at the first meeting of the Trade Ministers of the Group, on 10 December 2017. The declaration is available here. 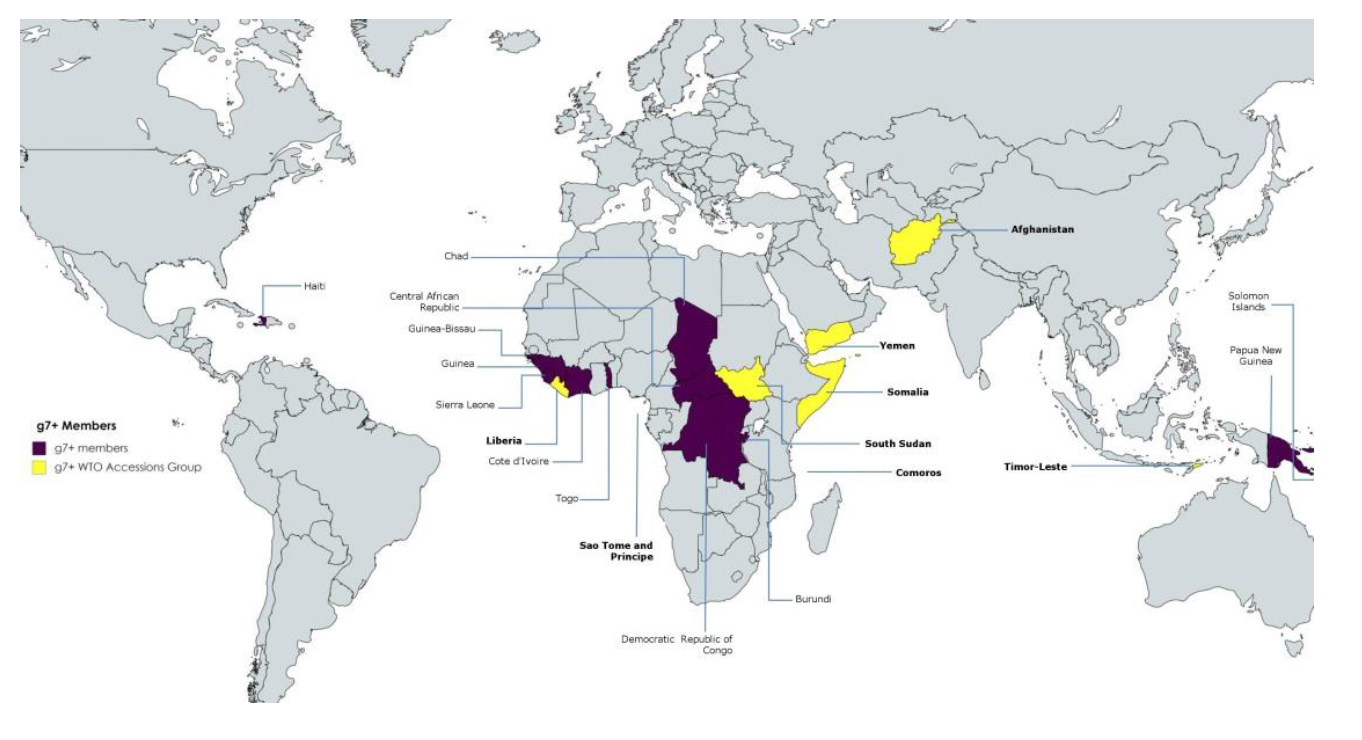 In this Public Dialogue, Ministers of the members of the g7+ WTO Accessions Group shared perspectives on using WTO accession and post-accession as tool for developing conflict-affected and fragile economies, to forge pathways out of fragility and conflict. H.E. Ms. Susana Malcorra, Chair of the Eleventh WTO Ministerial Conference delivered opening keynote remarks. The session was moderated by Deputy Director General Alan Wm Wolff.

11:00 – 11:45: WTO accession as a tool for developing a post-conflict and fragile economy  "Davos-style" Panel Discussion

The Moderator will animate the panel discussion by posing specific questions to each Minister, followed by questions from the audience