The Agreement on Government Procurement (GPA 2012) consists of parties (covering WTO members, counting the European Union and its 27 member states as one party). Another WTO members/observers and four international organizations participate in the Committee on Government Procurement as observers. of these members with observer status are in the process of acceding to the Agreement.

Any WTO member may participate in the Government Procurement Committee as an observer by submitting a written notice to the Committee. Any WTO observer may submit a written request, and may be accorded observer status by the Committee.

Accession to the GPA

The GPA 2012 also provides important flexibilities for developing country parties to manage their transition to a more internationally competitive government procurement regime. Pursuant to Article V of the GPA 2012, special and differential treatment for developing countries in the form of transitional measures such as offsets, price preference programmes, initially higher thresholds and phasing-in of entities, can be negotiated by a developing acceding country in the accession process, subject to the agreement of the other parties and the acceding member's development needs.

Once the terms of accession have been agreed between the GPA parties and the acceding WTO member, the Committee adopts a decision inviting the member to accede to the Agreement. The decision specifies the agreed terms and provides a timeframe for the acceding member to deposit its instrument of accession with the WTO Director-General (typically three to six months).

For a comprehensive compilation of documents relating to accessions, please refer to the Note by the Secretariat entitled “Systematic Compilation of Documents Concerning Individual GPA Accession Processes”, which is updated periodically to reflect the latest documents (GPA/S/1).

The WTO Secretariat provides technical assistance to assist developing country WTO members interested in learning more about the GPA 2012 and/or acceding to the GPA 2012. Where appropriate and desired by accession candidates, other intergovernmental organizations (e.g. regional development banks) or governance-focused institutes may also provide technical assistance with regard to GPA accession.

Accession to the GPA 2012  provides important benefits for the parties to the GPA, their entities and suppliers. These include:

The GPA provides a useful tool for optimizing value for money, good governance and trade objectives in the government procurement sector. Participation in the GPA also affords the opportunity to influence the future evolution of the Agreement. 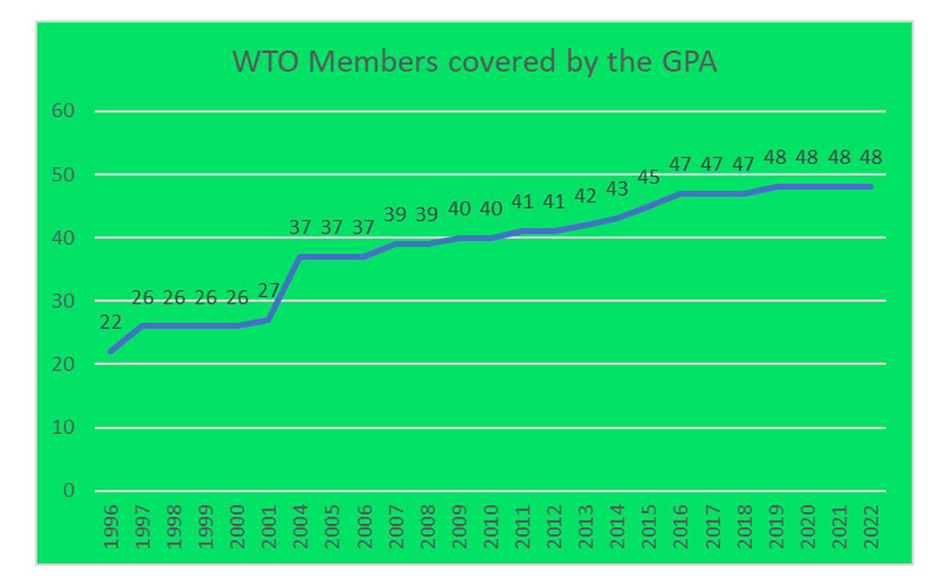 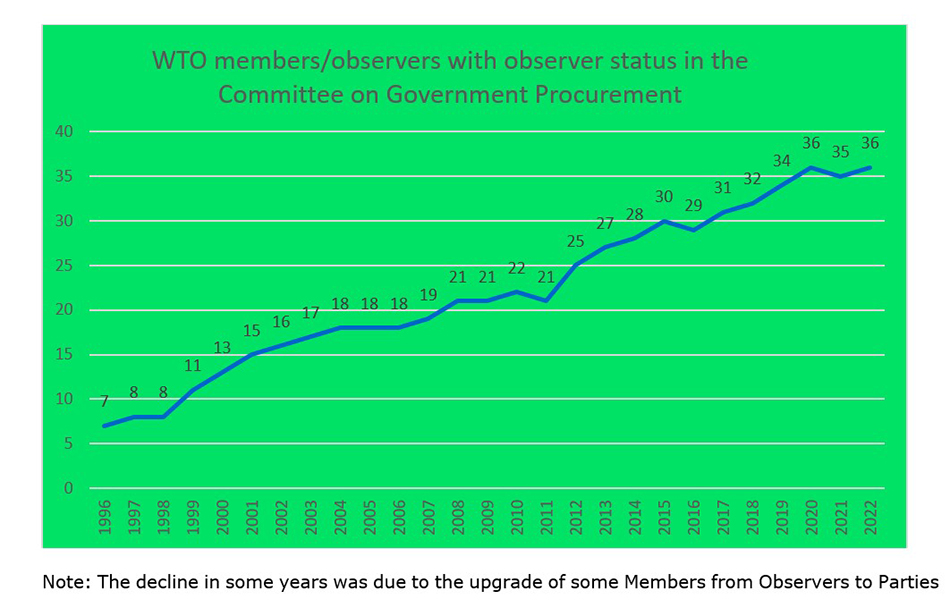