A virtual meeting of ministers took place on 15 July 2021 to advance negotiations on curbing harmful fisheries subsidies. Ministers were guided by a common set of questions and discussed the way forward for the talks. At the end of the meeting, Director-General Ngozi Okonjo-Iweala summed up ministers' guidance to negotiators for how the talks should proceed. 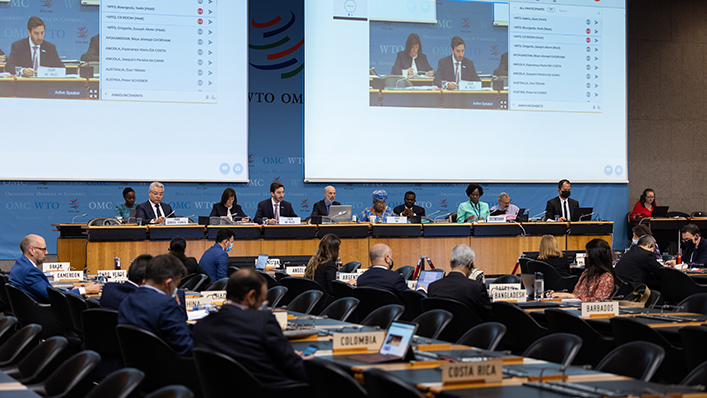 How the meeting was organized

The meeting was divided into three sessions, starting from 08.00 Geneva time.

The first two sessions, organized around members' time zones, centred on ministers' responses to questions that the Director-General and Ambassador Wills circulated to delegations in advance. Ministers made three-minute interventions after opening remarks by DG Okonjo-Iweala and a report from the chair of the fisheries subsidies negotiations, Ambassador Santiago Wills of Colombia.

At the end of the meeting, Ambassador Wills summarized on his own responsibility the points made by ministers. The Director-General made a closing statement on her own responsibility, summing up ministers' guidance to negotiators for how the talks should proceed.

WTO members are negotiating rules to prohibit subsidies that harm the sustainability of fisheries resources so as to improve the long-term sustainability of marine fishing for the benefit of all. As the only organization that can set and enforce global agreements to rein in distortive subsidies, the WTO has been entrusted by world leaders with the important task of fixing rules on fisheries subsidies. The factsheet on the fisheries subsidies negotiations is available here.

Information for the media

Ambassador Wills introduced on 30 June 2021 a revised draft text on fisheries subsidies to reflect the marathon discussions among members and to facilitate discussions at the 15 July 2021 meeting of ministers. The text and the chair's explanatory statement is available here. 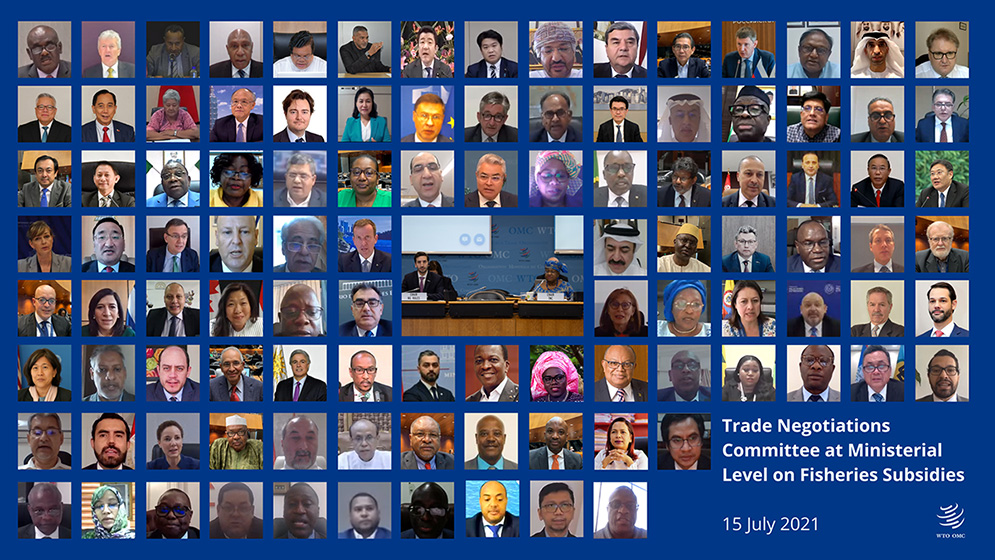