The Integrated Database (IDB) contains time series of the tariffs applied by WTO members and acceding economies to imports from other WTO members. Data are provided at the most detailed product level (usually the eight to ten digit product level or tariff line code). The database also contains import statistics, including the value and volume of imports by country of origin and by tariff line. The integrated data and statistical indicators from this database are disseminated through the Tariff Analysis Online and WTO STATS portal.

The terms country and countries are used here for convenience. The terms cover WTO members that are separate customs territories or customs unions such as the EU.

What the IDB contains

The IDB contains the official time series of tariffs applied by WTO members and selected acceding countries to imports from other WTO members. Members notify data on an annual basis on:

The information on applied rates is drawn from the WTO’s Integrated Database (IDB). This is data that member governments supply annually on the tariffs they apply normally under the non-discrimination principle of most-favoured nation (MFN). Data on lower preferential duties under free trade agreements or preferential schemes for developing countries are available for some members. Members are also required to notify annual import statistics by country of origin and by product to the IDB. Data collected by the Secretariat are included in the IDB if these are approved for dissemination by concerned Member.

Required by the Committee of Market Access, the WTO Secretariat publishes the Status of Submissions to the IDB (G/MA/IDB/2/Rev document series) every six months.

The overall status of submissions is shown in the graph below for the most recent five years.

Following a decision of November 1987 (BISD 34S/66), the General Agreement on Tariffs and Trade (GATT) Council launched the Integrated Database (IDB), with a view to storing official, updated, reliable and complete data needed to prepare reviews and assessments of tariff concessions during market access negotiations. The Committee on Market Access oversees the content, operation of, and access to, the IDB.

The IDB is covered by several decisions of the Committee on Market Access (G/MA/238, G/MA/239) and is referenced in the Transparency Mechanism on Preferential Trade Arrangements (WT/L/806) and in the Transparency Mechanism of Regional Trade Agreements (WT/L/671). The Committee decision adopted on 28 May 2019 (G/MA/367), containing the modalities and operation of the IDB, consolidates the rules governing the IDB and takes into account changes in technology to streamline the preparation of notifications by members. 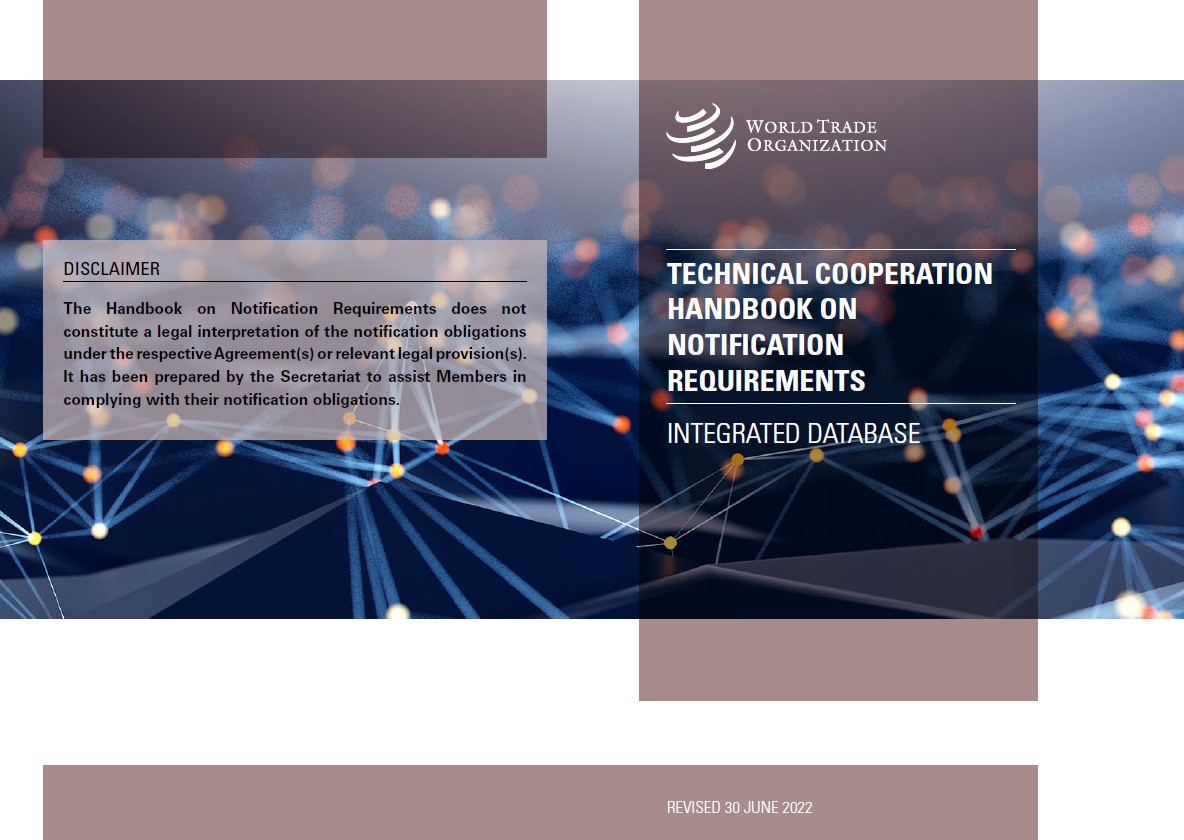