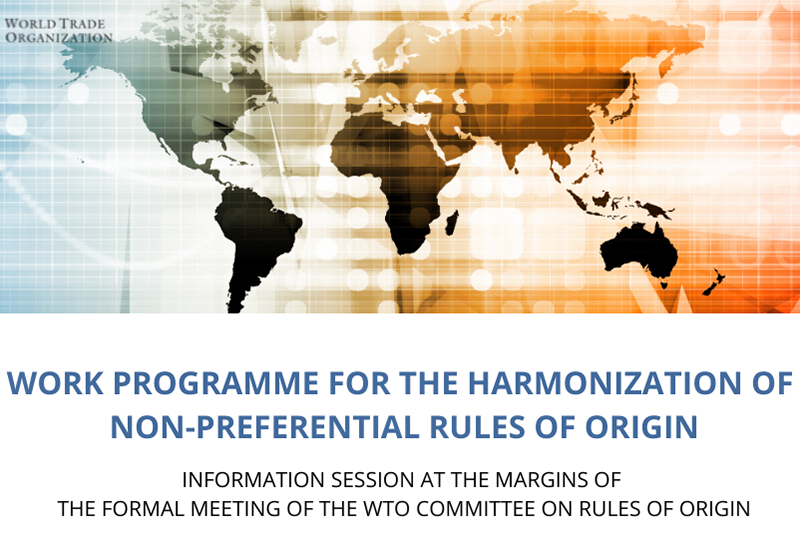 The harmonization of non-preferential rules of origin is a core objective of the WTO Agreement on Rules of Origin. The Agreement recognizes that "clear and predictable rules of origin and their application facilitate the flow of international trade". The Harmonization Work Programme was officially launched on 20 July 1995 and was scheduled for completion by 20 July 1998. Substantial progress was made in the implementation of the Harmonization Work Programme, however, it could not be completed due to the complexity of certain topics.

The session offered an overview of the objectives and history of the negotiations, as well as a summary of the latest developments and state of play.

The session was held via the Zoom platform and was open to the public subject to prior registration. In addition to the presentations, a moderated discussion was provided on the basis of questions from the participants.

Chairperson of the Committee on Rules of Origin 2022-2023

Background to the Harmonization Work Programme: Mandate and Objectives, Overview of the Work Accomplished, Stumbling Blocks and Latest State of Play (13:10 – 14:00)

Former Chairperson of the Committee on Rules of Origin 2004-2009, Professor at the School of Economics from the Getulio Vargas Foundation and Head of the Center on Global Trade and Investments

Darlan F. MARTÍ is a trade policy specialist in the Market Access Division of the WTO. He has been serving as Secretary to the Committee on Rules of Origin since 2012. In that capacity, he conducts research, provides training and assists WTO Members with the issues related to both preferential and non-preferential rules of origin.

Vera Thorstensen is a professor at the School of Economics from the Getulio Vargas Foundation and Head of the Center on Global Trade and Investments. She was the economic advisor of the Mission of Brazil to the WTO from 1995 to 2010 and was Chair of the WTO Committee of Rules of Origin for seven years. She is the WTO Chair Holder in Brazil and the President of the Brazilian Committee on Technical Barriers to Trade Committee since 2014. She was an invited professor at Sciences-Po, IELPO-Barcelona, IEE-Lisbon, where she lectured on Trade Negotiations. She has a Master and Doctoral Degrees in Finance and Economics by EAESP-FGV and completed post-doctoral programs at Harvard (EUA) and Centre for European Policy Studies (Brussels) and was a Visiting Scholar at the Interamerican Development Bank (Washington). 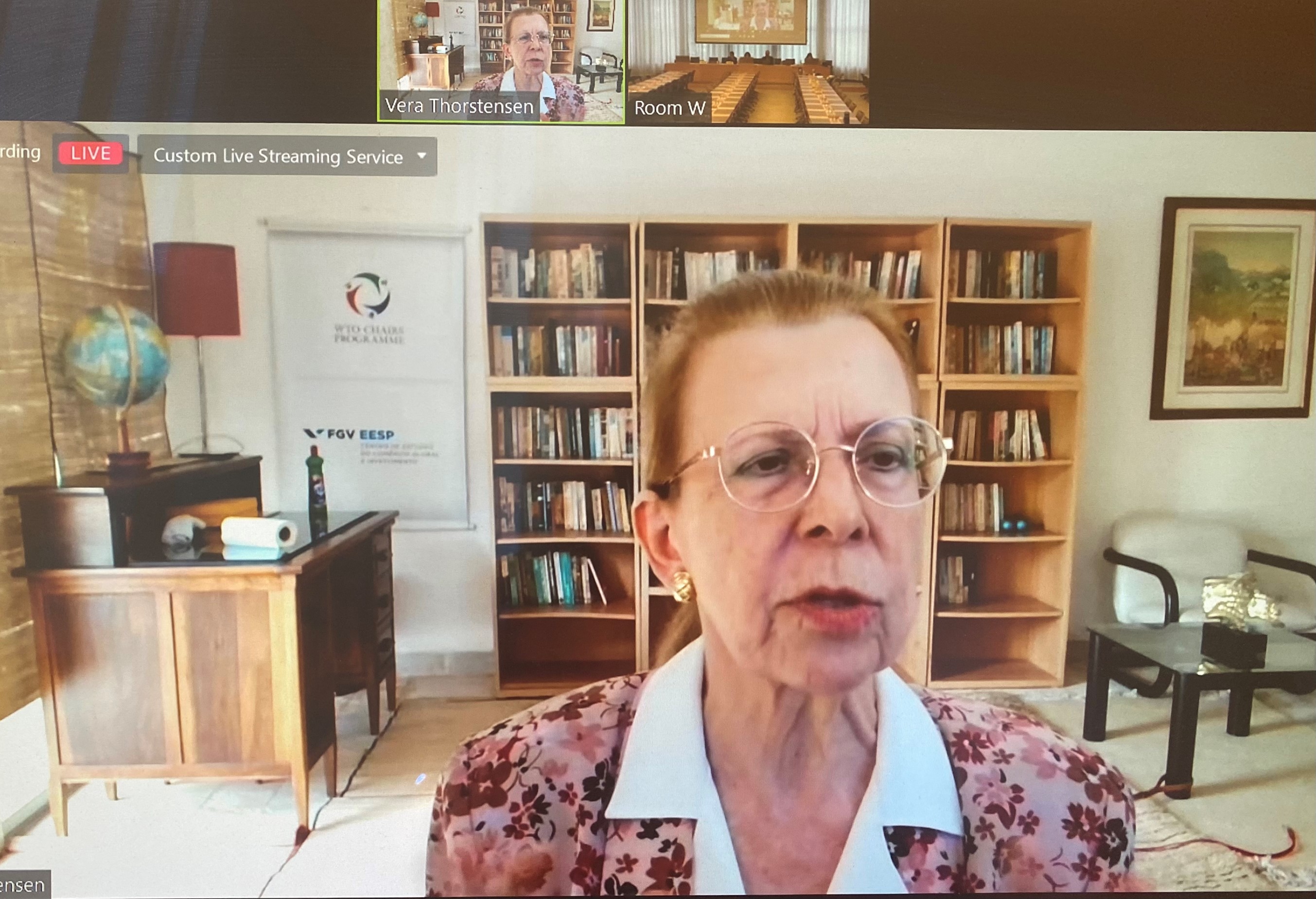