“The WTO's system of trade rules helped to prevent a major protectionist response in the wake of the financial crisis — but the number of trade-restrictive measures that have been introduced remains a cause for concern. The G‑20 should show leadership by eliminating existing trade restrictions.”

“ As WTO Members prepare for our 10th Ministerial Conference in Nairobi in December, the G-20 will play a central role in our efforts to deliver outcomes which both strengthen the WTO's role as a backstop against protectionism, and boost growth and development around the world.” 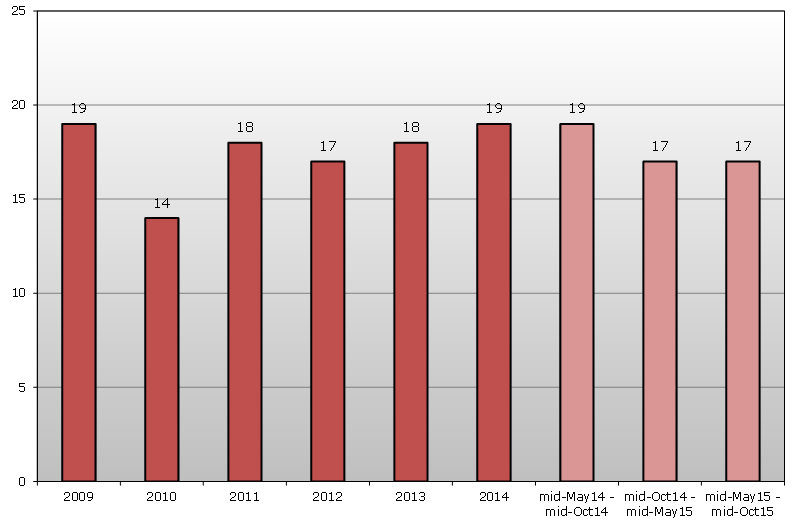 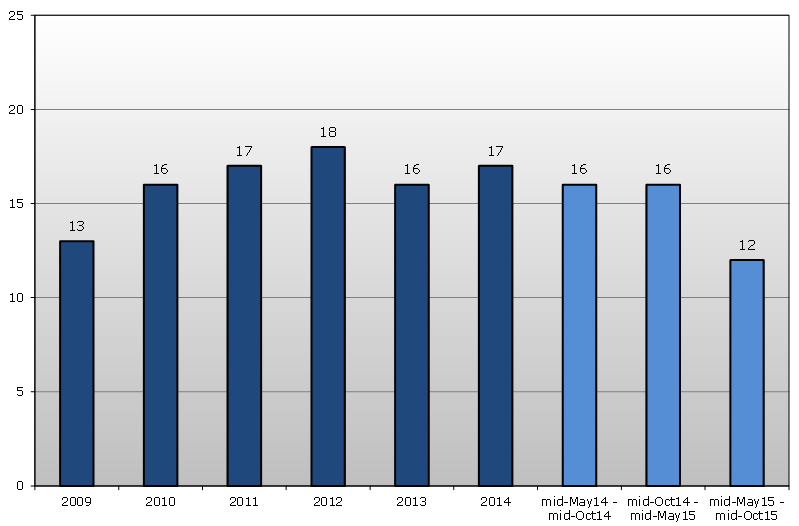 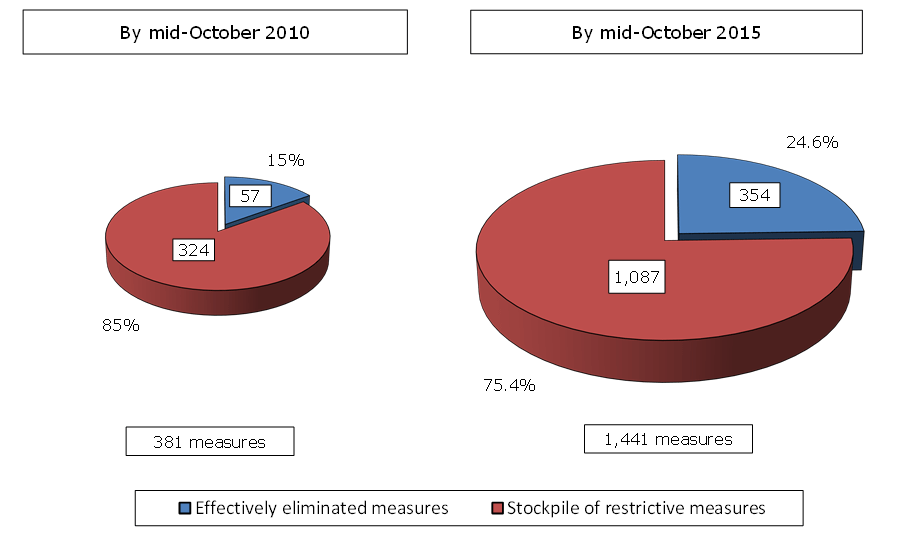 This is the fourteenth trade monitoring report on G-20 trade measures.1  It covers the period from 16 May to 15 October 2015.2

Although the present review period continues to show a trend of relative G-20 restraint with respect to the introduction of new trade restrictions, the deceleration of the number of trade‑facilitating measures is a new development. At this juncture, the reasons behind this slowdown in new trade-facilitating measures are not immediately obvious and will require further monitoring in the next report.

The downturn in world trade that was observed at the time of the last report continued in the second quarter.  Global economic growth was modest during the review period, and continues to be unevenly distributed across countries and regions. Output rebounded in the United States in the second quarter following a weak first quarter, but employment growth has slowed more recently. The European Union (EU) has also showed signs of resilience after a long period of stagnation, but unemployment remains high. China's GDP growth in Q2 and Q3 was in line with government targets, but other indicators of economic activity and business sentiment were less upbeat, suggesting slower growth ahead. Prices for primary commodities including oil are down sharply from last year, squeezing exporters such as Brazil and the Russian Federation. Meanwhile, exchange rates have undergone important shifts: the U.S. dollar has appreciated further since the last report, while the Chinese yuan's link to the U.S. currency has been loosened. Finally, anticipated changes in U.S. monetary policy and recurring bouts of volatility in financial markets have stoked uncertainty. In light of these developments, the WTO Secretariat recently lowered its forecast for world merchandise trade volume growth in 2015 to 2.8%, and reduced its estimate for 2016 to 3.9%.

The number of trade remedy investigations initiated by G-20 economies has fallen significantly recently.  This decline owes primarily to a drop in the number of anti-dumping initiations which constitute the bulk of trade remedy measures. Various metal products, chemicals and plastics and rubber account for the largest shares of anti-dumping and countervailing initiations. China and the Republic of Korea are the countries most affected by initiations of trade remedy investigations. An analysis of sunset reviews of anti-dumping and countervailing measures initiated in 2008 and 2009 seems to indicate that there is no discernible change in extension versus expiry of measures coinciding with the financial crisis.

Although an increased number of notifications of trade measures to the WTO does not automatically imply greater use of protectionist policies, it remains that record levels of notifications on sanitary and phytosanitary measures were registered in 2015. Almost three-fourths of the specific trade concerns (STCs) discussed in the Committee target measures maintained by G-20 economies. A significant increase in the number of TBT-related STCs discussed in 2015 was also noteworthy. 80% of new STCs raised during the period under review were directed at G-20 economies — a significant increase over the previous period.

In the area of agriculture, the review period saw an unprecedented high number of implementation-related concerns raised with G-20 economies. Several G-20 domestic support notifications received particular scrutiny during the period under review.

In the area of general economic support measures, the period under review revealed that the main beneficiaries were found in the agricultural sector (including projects citing environment and climate commitments), selected industries in the manufacturing sector (in particular auto-related) and a number of infrastructure-related programmes. Other programmes offer access to debt relief or preferential credit lines for exporters.

Several other important trade-related developments involving G-20 economies, as well as other WTO Members, also took place during 2015. These include the adoption of the Trade Facilitation Agreement, the expansion of the Information Technology Agreement, the Global Review of Aid for Trade and new initiatives in the area of Regional Trade Agreements. These developments will be explored in more detail in the Director-General's Annual Report for the Overview of Developments in the International Trading Environment.

This fourteenth report on G-20 trade measures has emphasized the uncertain global economic outlook which continues to impact international trade adversely. The G-20 economies face a number of important challenges to deliver on their collective pledge to refrain from implementing new measures taken for protectionist purposes and to remove existing ones. The review period covered by the present report shows that any effective roll-back of trade-restrictive measures is failing to make headway.

2. Unless otherwise indicated in the relevant section.back to text