"This third Working Party meeting effectively re-launches the negotiations after a six-year hiatus," said Brent Symonette, Minister of Financial Services, Trade and Industry, and Immigration of The Bahamas, who recalled that the reactivation of this process started late last year when the Prime Minister of The Bahamas, Hubert A. Minnis, formally announced the commitment of the government to the WTO accession process "with a tentative accession date of December 2019".

Mr Symonette, who led a high-level delegation from Nassau, stressed that his government launched a series of economic reforms in order to diversify the economy, create new business opportunities, create quality jobs and rising incomes, improve the government´s fiscal position and enhance the development of infrastructure. "These reforms and the core economic principles that facilitate them – fair and free trade, competition and intellectual property rights protection – are consistent with the aims of the WTO and the global trading system it promotes. Given their alignment with the national development interests of The Bahamas, restarting and committing to the conclusion of this process was deemed a strategic move for The Bahamas," he said.

The Chair of the Working Party, Ambassador Andrew Staines of the United Kingdom, stressed that the accession process of The Bahamas "is strategically important, not only for herself and her reform agenda, but also for the region. The Bahamas is the last nation in the Caribbean and, indeed in the Western hemisphere, still outside the WTO. We live in a globalized world and being part of the multilateral trading system is vital for any country."

Ambassador Staines added: "Each accession strengthens the multilateral trading system as additional voices validate and uphold the values and principles underpinning the system. This is particularly important at the current moment where there is broad recognition of the need to step up our actions and dialogue to enhance confidence in international trade. The Bahamas is such a voice, along with 21 others seeking to be part of the system."

Over the past few days the Bahamian delegation engaged in bilateral meetings with members and held a plurilateral meeting on agriculture where it emphasized the special features of The Bahamas – a country with a unique geography composed of many small islands, where farmers encounter specific challenges, such as high poverty rates, high marketing and transportation costs and risk of rising sea-level as a result of climate change, which makes the territory particularly vulnerable to external shocks.

WTO members commended the substantive work done by the Bahamian government since late last year and expressed their support for a swift negotiating process that brings the Caribbean state closer to WTO membership. However, they said there is significant work ahead in order to advance bilateral market access negotiations, and to fully bring The Bahamas' foreign trade regime and legislation in line with WTO requirements.

The Working Party on the Accession of The Bahamas was established in July 2001 and held its first meeting in September 2010. The second meeting took place in June 2012. Between 2013 and 2016, the government of Nassau and the WTO Secretariat were in contact – however such contact did not translate into the technical inputs required for the next phase of the accession process.

At the end of 2017, the then newly elected Bahamian Prime Minister Hubert Minnis contacted the WTO Director-General Roberto Azevêdo with the message that his government was ready to resume its accession journey. This was followed up by a technical mission from the WTO Secretariat in March this year to assist The Bahamas' technical team in the preparation of the updated inputs that were presented in this third meeting of the Working Party.

The Chair left open the timing for the next meeting of the Working Party, but suggested the possibility of convening it in early 2019, subject to how the work advances and the progress achieved in the upcoming months in the different negotiation areas. 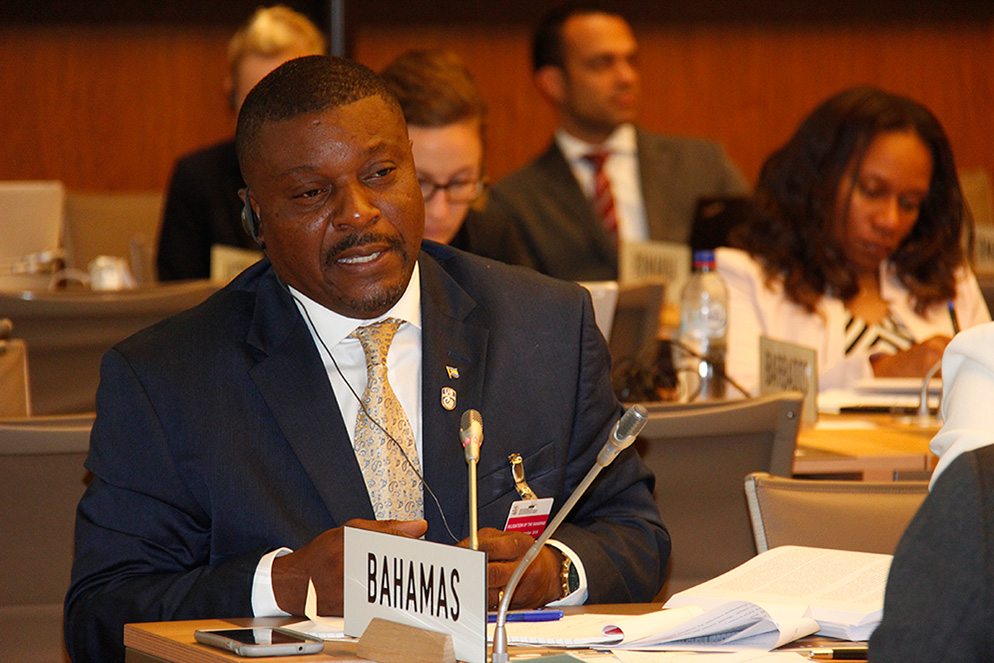