"This accession has reached the technical maturity and it is ready for conclusion in the coming months," said the chair of the Working Party, Ambassador Atanas Paparizov of Bulgaria. The chair commended the "considerable work done" by Sarajevo over the last years "on outstanding issues, both on the multilateral and bilateral tracks", as well as the "extensive legislative work undertaken" by the country's authorities.

"Today's meeting has been very productive and was a significant step in finalizing the remaining technical work on the accession of Bosnia and Herzegovina. My objective as chairperson is to work intensively, and in close coordination with members of the Working Party, the delegation of Bosnia and Herzegovina and the Secretariat to conclude the mandate of this Working Party," he said.

The chair explained that, subject to reaching agreement on the few outstanding negotiating issues, the next Working Party meeting could be held in May, paving the way for the adoption of the accession package by the General Council before the summer break. This would allow the Bosnian Government to proceed to the domestic procedure for acceptance, including ratification of the accession protocol by the Parliamentary Assembly before the general elections due in October.

H.E. Mr. Mirko Šarović, Minister of Foreign Trade and Economic Relations and Deputy Chairperson of the Council of Ministers, led the delegation of Bosnia and Herzegovina in Geneva. He stressed that these lengthy negotiations – almost 19 years – are an indication of the complexity of the accession process, which has required "significant reforms, the adoption of hundreds of laws and accompanying regulations and their harmonization with rules of the international trading system", also allowing his country to "successfully complete all obligations assumed in the field of legislation".

"Allow me to express again the deep conviction of Bosnia and Herzegovina and my own that my country, in this lengthy process of negotiations, has done the necessary reforms and fulfilled all necessary preconditions to become a member of this organization. I can also confirm our readiness to implement commitments resulting from the membership status," he added.

The meeting of the Working Party was the first in nearly five years. Bosnia and Herzegovina came very close to becoming a WTO member at the end of 2013, but the attempt failed due to some remaining issues on domestic regulation and a deadlock in the multilateral part of the accession negotiations. However, Bosnia and Herzegovina has succeeded recently in advancing both multilateral and bilateral negotiations, as well as in clearing all remaining legislative obstacles, providing a fresh impulse and placing the country's WTO membership "almost at hand again", according to Mr Šarović.

All WTO members welcomed the efforts made by Bosnia and Herzegovina and supported the conclusion of the accession process. One member reserved the right to raise additional questions following the review of documents.

The chair asked members to maintain the positive momentum to facilitate the WTO Secretariat's task of updating the draft report of the Working Party. The aim is to circulate a final version of the report, together with the draft goods and services schedules, in April in preparation of a draft accession package.

On the bilateral front, all parties concerned were urged to intensify efforts to conclude, sign and deposit their agreements in the coming weeks, in order to allow  the secretariat to prepare the draft consolidated goods and services schedules for technical verification by signatory members.

The date of the next Working Party meeting will depend on the availability of the required inputs and on progress on the few outstanding issues, the chair said. 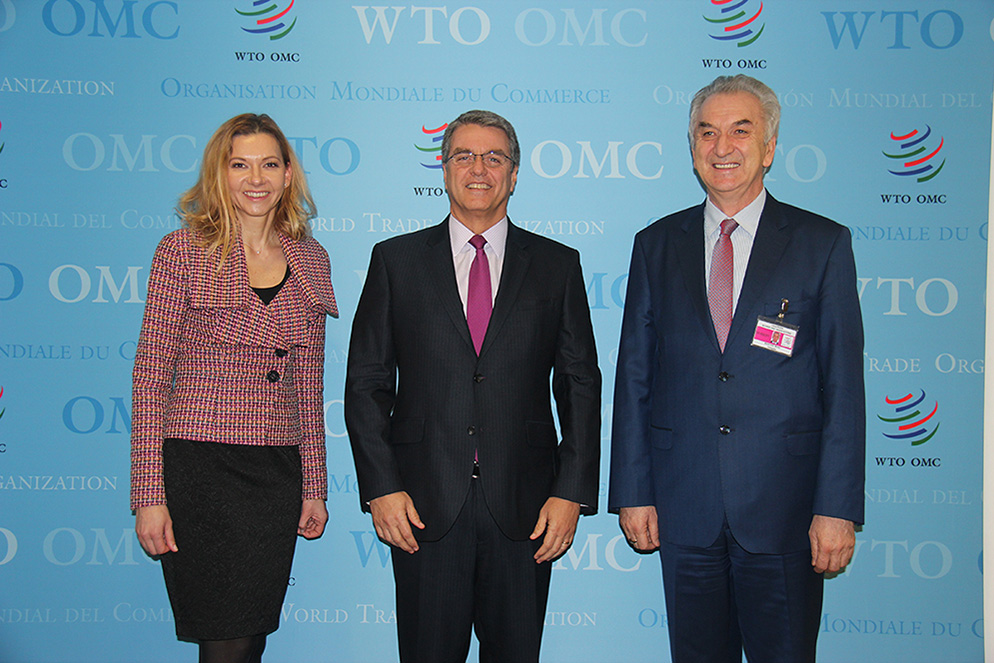