The SPS Committee discussed eight proposals submitted by 27 members, including many developing and least-developed countries (LDCs), for work under the Fifth Review of the Operation and Implementation of the SPS Agreement, which is set for completion in 2020.

The proposals cover recognition of equivalence of SPS measures, and in particular systems approaches; adaptation of SPS measures to regional conditions, including pest- or disease-free areas; transparency and notifications under the SPS vs the Technical Barriers to Trade (TBT) Agreement; national coordination among SPS agencies; and trade issues related to pesticide maximum residue levels (MRLs).

In addition, members indicated interest in initiating work on risk assessment, appropriate levels of protection and the role of science; efforts to address fall armyworm infestation; and control, inspection and approval procedures (Annex C of the SPS Agreement), following up on the discussions at a workshop on this issue held on 9 and 10 July with the participation of 130 government officials.

The committee discussed the possibility of holding several thematic sessions and/or workshops to exchange experiences and hear from experts on the various subjects. The chair noted that it will be up to members to decide which issues should be addressed first. Several members also expressed interest in developing further committee guidance or best practices in areas including equivalence and regionalization, while others were cautious about embarking on such work.

Members engaged in discussion on the ongoing multilateral efforts to develop standards on antimicrobial resistance (AMR). The debate was prompted by the European Union's new veterinary drug legislation, which was recently agreed but not yet adopted. The EU said that the objective of the new regulation is to promote the prudent use of antimicrobials, for example by avoiding its routine prophylactic and metaphylactic use, reserving certain antimicrobials for treatment of infections in humans only and banning the use of antimicrobials in animals for promoting growth or increasing yield.

The European Union stressed the international dimension of the development and spread of resistant organisms and resistance determinants, and the serious concern that they could spread to humans and animals through food and feed, from direct contact with animals or humans, or by other means. It also reassured other members that the new regulation will be compatible with relevant international agreements, be legally sound, be applied in a proportionate and non-discriminatory manner, and be based on scientific evidence.

While sharing with the EU the view that AMR poses a serious public health issue that requires urgent attention, some members - Argentina, the United States, Colombia, Chile, Canada, Brazil and Australia – voiced concerns about Brussels' approach to managing potential health risks by limiting trade in animal products, as it is likely to have an unnecessary restrictive impact on international commerce. These members said that by taking this approach the EU may undermine ongoing multilateral efforts to address this complex global challenge. In particular, they cautioned that potential EU restrictions applied extraterritorially will undermine multilateral efforts to combat AMR, such as those currently being undertaken collaboratively by the World Health Organization (WHO), the World Organisation for Animal Health (OIE), the Food and Agriculture Organization of the United Nations (FAO) and the Codex Task Force on Antimicrobial Resistance.

Japan raised concerns regarding New Zealand's draft import health standards for vehicles, machinery and equipment which require all used vehicles (cars and trucks) exported from Japan to be pre-approved by the government due to the spike in the number of brown marmorated stink bugs (BMSB) intercepted in shipments from the Japanese market. Japan complained about the short deadline provided by Wellington for comments on the notification and asked New Zealand to provide at least six months for preparation between the publication of the measure and its entry into force.

Japan stressed that approximately 300,000 new and used vehicles and machinery are exported from Japan to New Zealand every year and that, in order to satisfy New Zealand’s requirements, Japanese producers would bear extensive costs to introduce heat or fumigation procedures. Japan said that New Zealand has not presented scientific evidence to justify the measure and asked that the standards applied be adjusted to the appropriate level of protection.

New Zealand said that the BMSB measure was taken in order to ensure safe trade and that it is  working closely with Japan on this issue (a technical meeting was held in Tokyo on 9 July and a bilateral meeting on the margins of the SPS Committee) to find a satisfactory solution for both parties.

Brazil raised concerns about the European Union's restrictions on poultry meat and poultry meat preparations. The restrictions affect exporters of meat of domestic ungulates (hooved animals), meat from poultry and rabbits, as well as minced meat, meat preparations and mechanically separated meat, who have been under judicial investigation on alleged charges of non-compliance with food safety standards. Brazil asked the EU to withdraw these measures on the grounds that they are not science-based and respond to the EU's perception that certain export companies cannot be trusted to comply with sanitary requisites for the presence of pathogens.

The EU replied that the decision does have a scientific basis and takes into account the risk of cross-contamination when handling poultry meat, as well as consumption behaviour. The fact that Brazil, presumably in order to profit from a lower tariff rate, decided to add salt to fresh poultry meat intended for export to the EU does not justify why the EU should now change its science-based legislation, which is in line with international agreements. The EU added that Brazil was fully aware that, by adding salt to fresh meat, the end product would fall under the category of meat preparations, and therefore stricter Salmonella microbiological criteria apply.

On a related concern, Brazil raised concerns regarding Panama's restrictions on beef and poultry meat. Brazil said that these restrictions were taken without due scientific basis and without justification on grounds of human, animal and plant health protection. According to Brazil, Panama did not provide technical justification for its decision to suspend the certification of seven thermos-processed beef and poultry establishments that had been previously cleared for export.

In its reply, Panama said that the corresponding evaluation process to grant export permits is underway and that the possibility of reviewing the decision is being considered. Panama added that it is willing to negotiate and urged Brazil to use the relevant channels to do so.

Brazil also raised concerns regarding the Russian Federation's restrictions on beef and swine meat. According to Russia, this measure was introduced due to numerous detections of the veterinary drug ractopamine in meat products imported from Brazil. As a result, Brazilian exports from 60 establishments were suspended in December 2017. Brazil said it has opened an investigative process in order to assess possible irregularities and stated its commitment to establishing control systems and processes that guarantee compliance with, and fulfilment of, the sanitary requirements of Brazilian meat products exported to the Russian market.

Russia said that domestic food safety regulations allow no residues of ractopamine in meat and meat products and said that an existing agreement between both countries under which Brazil should certify the absence of this drug on exports was breached. As a result, Russia was left with no choice but to suspend supplies of Brazilian meat products. However, Russia said that is ready to lift the restrictions as soon as it is satisfied that adequate action has been taken.

Ecuador took issue on the application of the EU's Regulation on maximum levels of cadmium in foodstuffs. This regulation will be implemented as of 1 January 2019 and aims to regulate the maximum levels of cadmium in different products, including chocolate and certain cocoa products. Ecuador indicated that, despite being a measure where implementation should be the responsibility of European health authorities, private import companies would be applying it in advance on the raw material (the cocoa bean), but not on the final product (chocolate and certain cocoa products). Ecuador, supported by Colombia and Guatemala, indicated that this was an incorrect application by private parties of a governmental sanitary measure, and called on the EU to grant the necessary control guarantees for its correct implementation in order to avoid that it becomes an unnecessary obstacle to trade.

In its reply, the European Union said it understood the concerns, but said that it goes beyond the remit of the SPS Agreement since it is about the action of commercial operators on which European authorities have no jurisdiction. For this reason, the EU said that this matter should be raised in other fora, like the International Cocoa Organization.

China raised concerns regarding the new European definition and maximum residue levels (MRLs) for fungicide folpet (a broad-spectrum, non-systemic fungicide used on food and other crops). China stressed that on 18 April 2018 the European Food Safety Authority (EFSA) published a notification on folpet for public comments, with a deadline of 17 June, in which the revision of the folpet residue definition for monitoring purposes was recommended. China welcomed the proposal but asked the EU to issue the relevant regulations on the revision as early as possible.

In its reply, the EU said that its member states are currently reflecting on the need to change this residue definition, as there are indications that phtalimide may originate from several other sources than folpet. EFSA is currently conducting a peer review procedure and is expected to finalize this work next year. The EU said it is committed to keeping China updated on further developments concerning this issue and is open to continuing discussions. 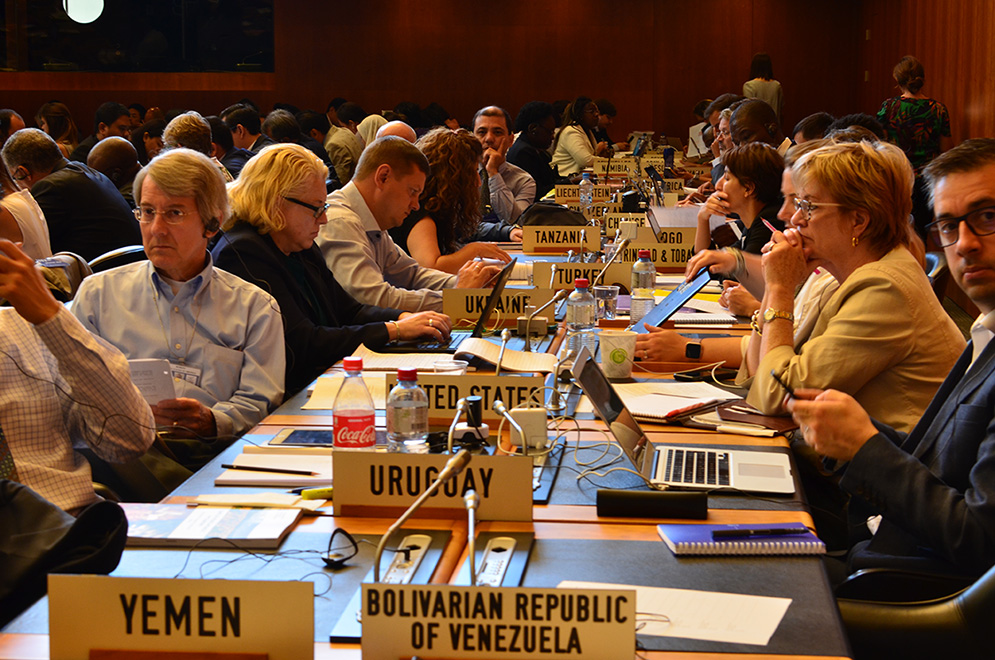