“One element which is at the root of current frictions is the argument that the trading system is allowing distortive trade practices to go unchecked — and that therefore the system needs to change. In this context, so-called WTO reform or modernisation has increasingly been on the minds and in the speeches of many. It's clear that this discussion is gathering significant momentum, with more leaders becoming engaged and talking to each other about this. So this is something we can't ignore.

“Such a modernising effort is being seen as a way to ease some of the trade problems that some members have identified. Precisely which issues are taken forward, and how, is for members to determine — and I would suggest that there are also members who are not convinced that a reform is needed at all.

“I would encourage members to engage with each other and exchange views through a range of channels and formats. The state of this organization is an issue in which everyone has an interest, so it is important for all members to engage — whatever your perspectives may be. As ever, I remain available for consultations with individual members and groups of members on this issue — or any other issue. I am here to facilitate whatever conversations members want to have.”

DG Azevêdo also provided an update on the situation regarding the impasse in appointments to the Appellate Body. He stated that despite continuing discussions, there is no progress to report. He cited the warnings of Appellate Body chair Ujal Singh Bhatia on the potential delays in processing appeals which could arise from this impasse, and urged members to continue working to resolve the situation and maintain this “essential pillar” of the WTO's work.

In addition, the Director-General reflected on the state of play in negotiations at the WTO. He noted the intensive work being done on fisheries subsidies and stated that “this is an area where progress can be made”. However, he also noted that in most areas, very little progress is being seen, and that this can only be changed by members themselves driving issues forward. He urged members to continue work in all areas of negotiations. 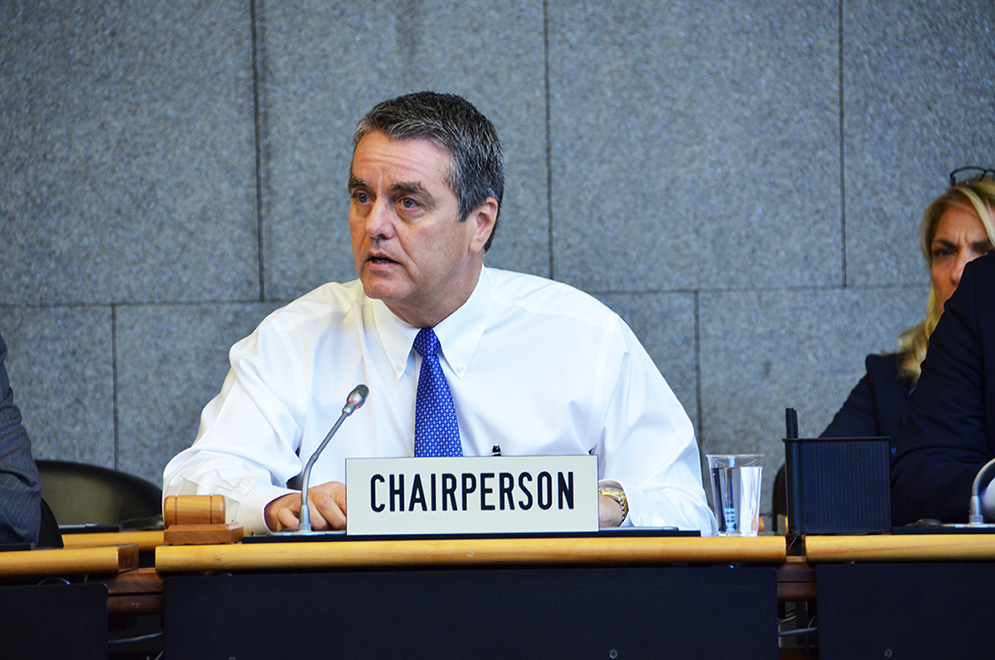