Mr Brent Symonette, Minister of Financial Services, Trade and Industry, and Immigration, who led The Bahamas' delegation from Nassau said: "We seek to join the WTO because we believe that participating in the rules-based global trading system makes sense for our economy. Participation affirms the importance of that system to the stability and growth of the world economy. We also, however, seek to ensure that our membership provides continuing opportunities for our people to grow and prosper through meaningful participation in the ownership and prosperity of their economy. About these dual interests we are very deliberate." His statement is available here.

The Chair of the Working Party, Ambassador Andrew Staines of the United Kingdom, said: " The Bahamas' WTO accession process which was officially reset last September begins to show that Nassau's domestic reform process matches its ambition to integrate into the multilateral trading system. I believe that today we have again laid a solid foundation for the next stage of the process."  He reminded the Working Party that there are 12 months left to wrap up the work to meet the target of MC12 which The Bahamas has set to conclude the now 18-year process. He said: "The substance is in your hands and it is not for me to prejudge this, but in my view, this is technically doable with the right engagement. I hope that I can count on your support over the coming months."

Ambassador Staines added: "Since the establishment of the WTO in 1995, 36 accessions – big and small – have strengthened the multilateral trading system as additional voices have validated and upheld the values and principles underpinning the system. When concluded, The Bahamas, which is the last remaining accession of a nation state in the Western Hemisphere, would send a strong signal about the relevance of the system, including for small and vulnerable players in the global economy."

Members were encouraged that the Working Party was meeting just six months after the previous meeting as a result of the concrete results of the ongoing domestic reform discussion in Nassau.

Ambassador Andrew Staines outlined the next steps for the work ahead. He urged The Bahamas and WTO members to expedite their bilateral market access negotiations in the coming months. He said: "Progress in the bilateral track of the accession negotiations is critical in advancing the overall accession process."

The Chair invited members to continue examining The Bahamas' foreign trade regime through additional comments and questions. He further invited the WTO Secretariat to prepare elements of a draft report of the Working Party.

In order to enable the Working Party to track The Bahamas' progress in implementing a WTO-consistent trade regime, The Bahamas delegation was invited to submit a revised Legislative Action Plan, together with newly enacted WTO-related legislation, for review by the Working Party at its next meeting.

The date of the next Working Party meeting will depend on the availability of the required inputs and on progress on the market access front, the Chair said.

The Working Party on the Accession of The Bahamas was established in July 2001 and held its first and second meeting in September 2010 and in June 2012 respectively.

At the end of 2017, the then newly elected Bahamian Prime Minister Hubert Minnis contacted the WTO Director-General Roberto Azevêdo to say that his government was ready to resume its accession journey. The third meeting of the Working Party was held in September 2018. 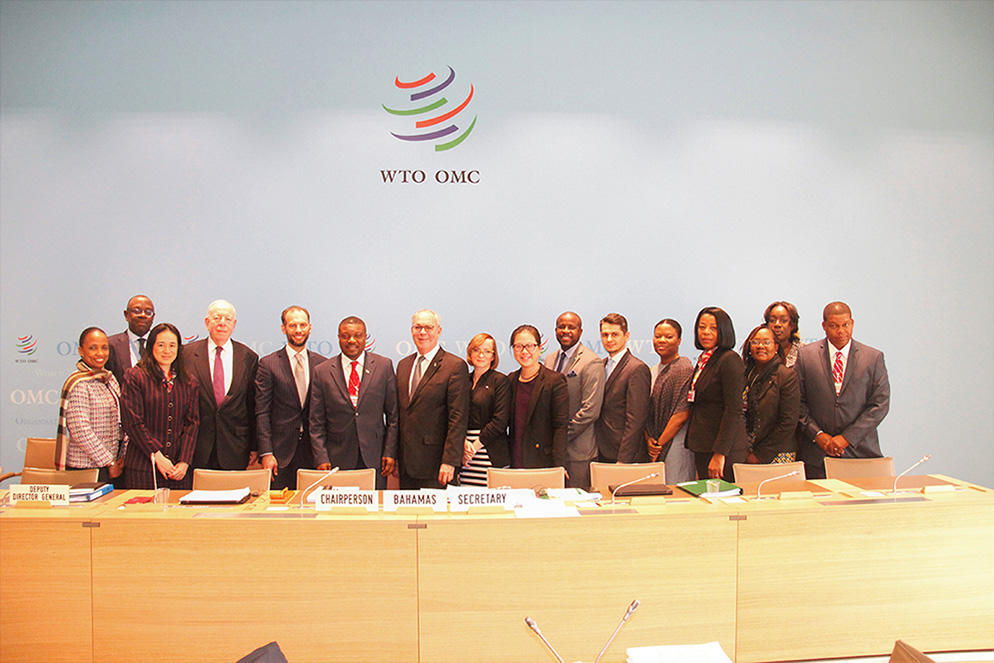