The events started off with a workshop on plastic pollution, a problem some WTO members have raised due to its cross-border implications, Director-General Roberto Azevêdo noted in his opening remarks.

"Discussions here and elsewhere have spurred new thinking on potential international cooperation to address plastic pollution," he told members at the workshop organized by China, Morocco and Sri Lanka. "Whether and how to address plastic pollution at the WTO will ultimately be in your hands to determine. Decisions on how to proceed will be yours to make. Members are in the driver's seat at the WTO. The Secretariat and I will be enthusiastic supporters in all environment-related efforts you decide to pursue," he said. The full speech is available here.

Deputy Director-General Alan Wolff, at a workshop organized by Costa Rica and Finland, elaborated on the role the WTO can play in supporting a global transition to a circular economy.

"Many trade-related measures actively support the circular economy — for example by establishing eco-design or recycling standards, or by requiring governments to purchase goods that meet environmental standards. But others may inadvertently work against circular trade, reflecting the fact that trade policies have traditionally been conceived with a linear, rather than a circular, economy in mind," DDG Wolff told members at the workshop. "The 12th Ministerial Conference (MC12) being convened in Nur-Sultan in June 2020 is an obvious landmark for all conversations that are now happening within the WTO. You should reflect on how you want to use MC12," he said. The full speech is available here.

Members also heard the business perspective on how to support a circular economy in a workshop organized by members of the Friends for Advancing Sustainable Trade (FAST) group and another organized by Sweden and the International Chamber of Commerce.

The globalized nature of materials production, distribution, consumption and pollution was emphasized in all the side events as well as in the Committee on Trade and Environment (CTE), with speakers concluding that, while national action was essential, global cooperation and solutions were equally critical. Trade could play a role by providing the scale a circular economy requires by pooling supply and demand for reusable materials currently spread out in various markets, they said.

The WTO can support the circular economy by enhancing transparency and coherence of members' regulations and lowering barriers for green goods and services, speakers added. They also discussed developing countries' existing expertise in "bioeconomy" strategies or the sustainable utilization and conservation of biological resources while also noting their need for technical assistance and capacity building. There was strong participation from least-developed countries during the CTE and the side events.

Work in the WTO should also focus on trade facilitation for supply chains that work in reverse to channel "end of life" products towards recycling and thus serve the circular economy, the United States said at the CTE meeting, where it introduced a document containing its suggestions. The Committee should revisit the WTO's previous work on trade facilitation and global value chains and consider how these could advance the economic and environmental interests of members, the United States said.

A presentation by the WTO Secretariat further noted other ways the organization supports the circular economy, particularly through its existing rules, its transparency mechanisms and policy dialogues, opportunities for negotiations, and capacity building.

Other members, namely Norway, Switzerland, the European Union, and China, presented their programmes related to establishing a circular economy. Bangladesh made a presentation on production and trade of jute as an environmentally friendly alternative to synthetic materials. Several international organizations likewise presented their work related to the circular economy and trade policy: the Organisation for Economic Cooperation and Development, the International Organization for Standardization, the UN Industrial Development Organization, the UN Environment Programme and the International Trade Centre.

New Zealand explained to the Committee that, together with Costa Rica, Fiji, Iceland and Norway, it had launched negotiations for an Agreement on Climate Change, Trade and Sustainability (ACCTS) on 25 September. The parties will consider the elimination of tariffs on environmental  goods and new commitments on environmental services, disciplines to eliminate fossil fuel subsidies, and guidelines for eco-labelling programmes. Negotiations will start early next year and, once an agreement is forged, it will be open to other WTO members who wish to make the same commitments, New Zealand said.

Canada, speaking also on behalf of Australia, Mexico, New Zealand and Switzerland, updated the Committee on informal discussions the group had facilitated to exchange views on  liberalizing trade in environmental services.

Canada noted that, since 2008, the sector has posted 4% growth to US$ 1.15 trillion worth of exports as of 2015 and that new technologies have opened up a range of possibilities to deliver environmental services across borders. Trade in environmental services can lower the cost of implementing environmental policies and also create jobs. Switzerland voiced support for the issue while the EU said it likewise welcomed commitments from other members.

The next CTE meeting is tentatively scheduled for 24 March 2020. 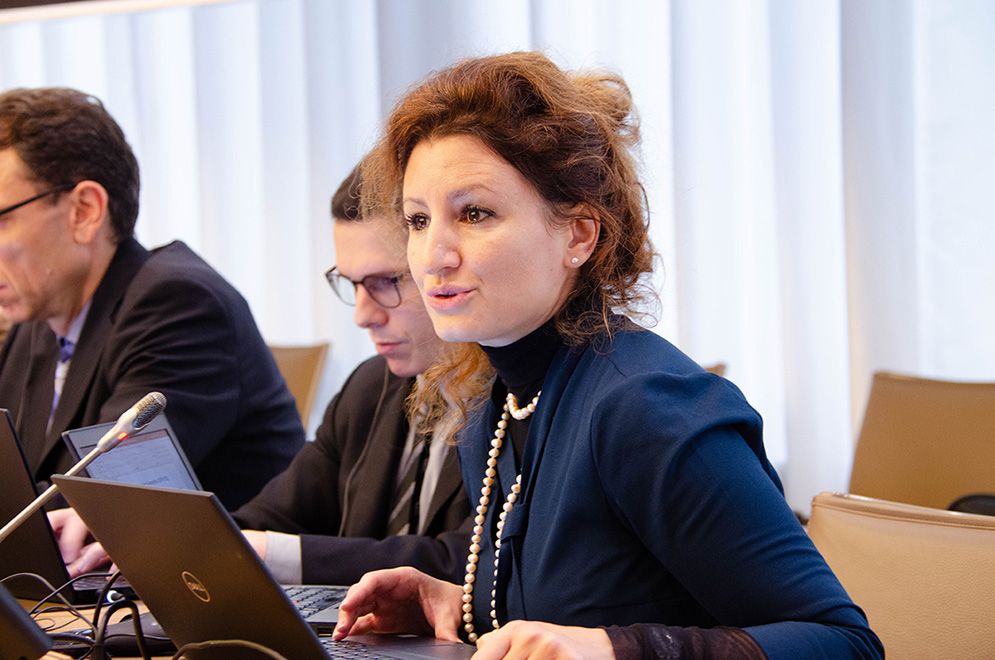