At the afternoon plenary session on 4 July, speakers focused on how to manage the transition for those countries that graduate from LDC status and ensure continued support for their development efforts.  Representatives from some of the most vulnerable "graduates", including landlocked and small island states, underlined the importance of ensuring a smooth transition as they face new development challenges, including climate change and environmental degradation.

Forty-seven countries are currently classified as least-developed based on select economic indicators established by the United Nations, a designation also recognized by the WTO. Only five LDCs have graduated from LDC status since 1971, but 12 are expected to graduate in the coming years, with Angola, Bhutan, Sao Tome and Principe, the Solomon Islands and Vanuatu on the early graduation list.  While graduation is a positive development and an acknowledgment of improving economic importance, it also means that these countries may find it more difficult to secure access to development assistance and financing and, in the WTO context, loss of flexibilities reserved for LDC members.

Fekitamoeloa Katoa Utoikamanu, UN High Representative for LDCs, Landlocked Developing Countries and Small Island Developing States, described graduation as a "giant leap on a long journey". The key challenge was making sure the transition was sustainable and that hard-won gains were not reversed.  National transition plans should be established to address the phase-out of international support measures while facing challenges in a rapidly changing context.

Atarake Nataara, Kiribati's Minister of Commerce, noted his country's dependence on coconut exports and fisheries licences as revenue generators, both of which are economically and environmentally vulnerable.  Continued support from sources such as the Enhanced Integrated Framework will be necessary to mitigate risks arising from these potential shocks.  Kedar Bahadur Adhikari, Secretary of Nepal's Ministry of Industry, Commerce & Supplies, noted that his country's graduation was postponed in the wake of the devastating earthquake which hit the country in April 2015 and hampered economic growth. Continued support during the graduation process will be needed to ensure a smooth transition and adjustment to lost benefits, he said.

Ms Utoikamanu said development partners have realized on reflection that the abrupt cutting of assistance for graduating LDCs is a bad move and that they have been working out the best way to continue supporting these countries.  In the meantime, she said, the UN will be reviewing the graduation criteria over the next few years to better incorporate emerging issues.

Aid for Trade and the environment

Several sessions focused on the question of how Aid for Trade initiatives can encourage more sustainability in the conduct of trade. At the session titled "Aid for Trade: A Vehicle to Build Climate Resilience", speakers highlighted how assistance can be channelled towards helping vulnerable economies continue trading despite risks posed by climate change.

The increasing frequency of natural disasters threatens to further weaken the ability of small island nations to trade competitively, for example, Ambassador Mere Falemaka of the Permanent Delegation of the Pacific Islands Forum to the WTO said. Agricultural research initiatives to adapt to climate change as well as funding for cleaner energy sources for cotton production are some of the promising efforts already on the ground, Ambassador Eloi Laourou of Benin said, sharing his country's experience with Aid for Trade programmes. Madelaine Tuininga, the head of the Trade and Sustainability Unit at the European Commission's Directorate-General for Trade, highlighted that strengthening economic growth and tackling climate action are not just compatible but can serve to mutually reinforce each other.

At the session titled "Promoting affordable and renewable energy for all", speakers called for Aid for Trade funds to tap greener energy sources. There is a strong business case for renewable power as costs for solar energy and onshore wind have already fallen 77% and 35% respectively from 2010 to 2018, International Renewable Energy Agency's Francisco Boshell said. A project in Nigeria made possible by aid has installed solar lamps, solar panels and cook stoves that emit less carbon dioxide to the benefit of residents and small enterprises in remote communities, Safiya Aliyu, General Manager of Sosai Renewable Energies Company, said.

Environmentally minded initiatives on trade have the added benefit of increasing the participation of women in the world economy, speakers pointed out at the session, "Empowering women in trade, innovation, and the green economy". One-third of environmentally friendly technologies being targeted for tariff reduction in the Environmental Goods Agreement are associated with sectors with high rates of women employment and involvement, such as in electronics, Yihong Li of China's delegation to the WTO said. 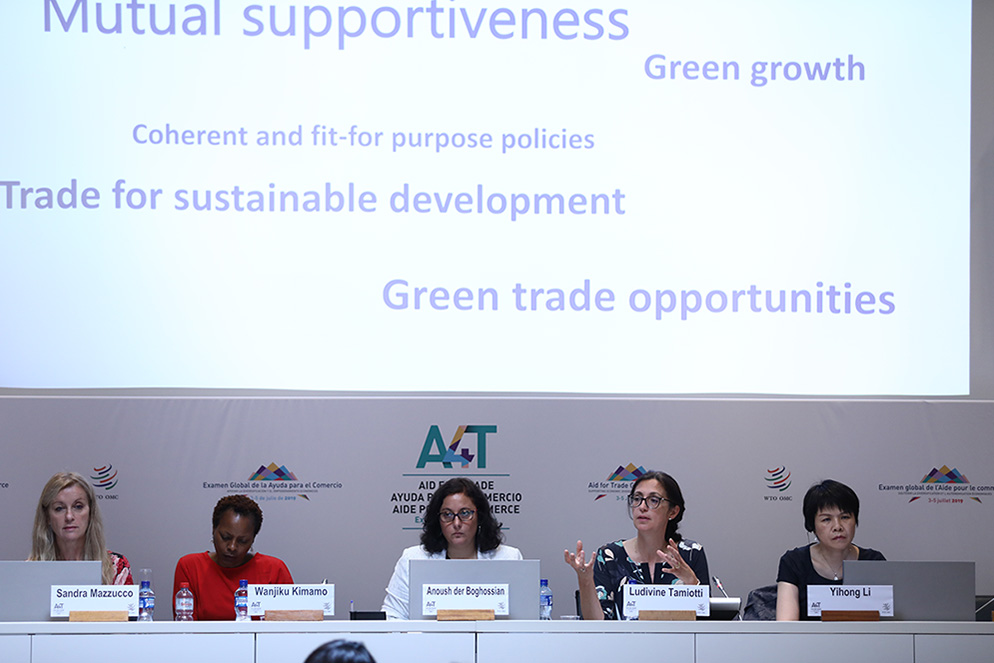 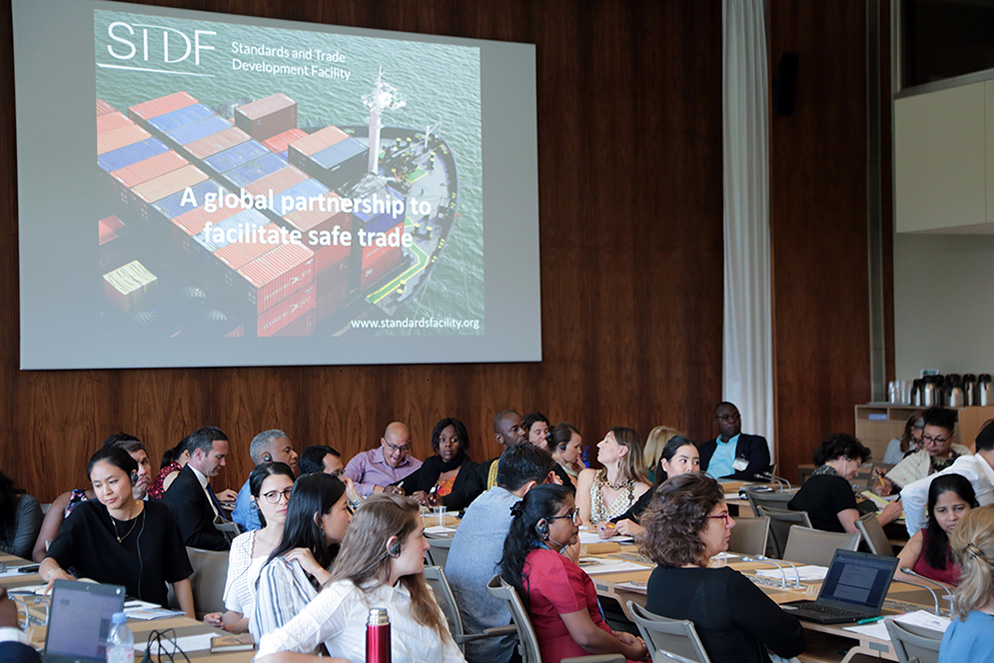