"Technological advances are revolutionizing the way we trade. And this has an impact on the way that food safety measures are designed and enforced," DG Azevêdo said in his opening remarks to the Forum. To that end, he called for all the organizations to "collaborate to help build the necessary capacity and skills".

DG Azevêdo cited WTO agreements and programmes such as the Sanitary and Phytosanitary Agreement, the Agreement on Technical Barriers to Trade and the Standards and Trade Development Facility as important contributions made by the multilateral trading system to ensure the supply of safe food.

Speaking from the perspective of the UN Food and Agriculture Organization (FAO), Director-General Graziano da Silva pointed out the pivotal role that trade rules and regulations are playing along the food supply chain, particularly when new health issues such as obesity become a global challenge. “The international trade and the high consumption of ultra-processed food is a great concern that must be addressed properly, based on the fact that obesity is a public health issue and not merely a consequence of individual choices. The international community must advance the establishment of rules and regulations that encourage the consumption of healthy and nutritious foods,” he said

World Health Organization (WHO) Director-General Ghebreyesus drew the audience's attention to the health dimension of the conversation. He emphasized the need for harmonization of food safety policy and regulations across sectors and borders in order to protect consumers' health and facilitate fair practices in food trade. “Food safety crosses national borders. Food produced in one country today can, within 24 hours, be on the other side of the planet and on its way to shops, restaurants and homes … There should be no such thing as food safety for the rich and another for the poor. The health of all people, no matter where they live and what they eat, must be protected equally,” he said.

Monique Eloit, Director-General of the World Organisation for Animal Health (OIE), highlighted the intertwined relationship between animal health and food safety. Stressing the importance of international standards as a common language for various actors involved in trade and the food chain, she said OIE is committed to the implementation of these standards, such as OIE's IPPC standards and Codex Alimentarius which are recognized by the WTO Agreement on Sanitary and Phytosanitary Measures. "These standards … while contributing to the health of our animals, plants or food safety also ensure fair, safe and equitable trade," she said.

This forum builds on a previous event in Addis Ababa in February 2019. African Union Commissioner Josefa Leonel Correia Sacko provided an overview of the discussions held in the Ethiopian capital. Taking stock of the various food safety issues in a broader context, she particularly linked some of the challenges to international trade. "We must underline the importance of committing to multilateral action, promoting synergies and avoid working in silos. We also need to incorporate food safety in our national policies and enhance participation of all countries in the standard-setting process," she said. The full programme is here. 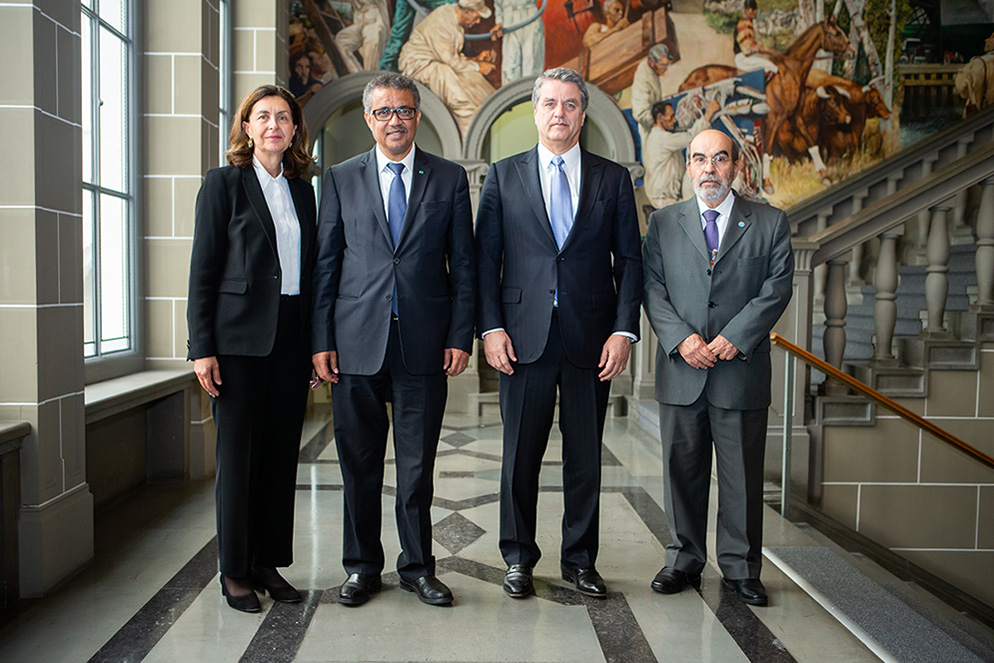