Based on the depth and breadth of preferences articulated to the facilitators, Amb. Walker told a Heads of Delegation meeting on 8 October that the two candidates who secured the broadest and deepest support from the membership and who should subsequently advance to the final round are Ngozi Okonjo-Iweala of Nigeria and Yoo Myung-hee of the Republic of Korea.

The result creates an historic precedent for the WTO in that it assures that the 7th Director-General will become the first woman to lead the organization. These two candidates were chosen from a field of five(*) that had advanced to the second round of consultations.

As the members move to the final round of consultations, Amb. Walker emphasized, as he has at every stage, that the ultimate objective of this measured and clearly defined selection process is to secure a consensus decision by members on the next Director-General.

“Our aim continues to be to encourage and facilitate the building of consensus among members, and to assist in moving from this final slate of two candidates to a decision on appointment. As this is the final round of the consultation process, it should bring us to the point where we can make a recommendation to the General Council concerning that decision,” Amb. Walker added.

The General Council is the highest decision-making body of the WTO apart from the Ministerial Conference which meets every two years.

“As was the case for the first round, the entire membership remained fully engaged in and committed to this process. The facilitators and I are grateful for this very positive response. It is clear that all members attach great importance to this process,” Amb. Walker said.

The General Council Chair had warm words for those candidates who will not be progressing to the third round.

“On behalf of the entire membership, I would like to express deep gratitude for their participation in this selection process. It was clear that members consider them individuals of outstanding qualifications. I am sure you will all agree with us that in participating in the selection process, the candidates have all made a significant contribution to the standing and image of the WTO,” Amb. Walker said.

During the confidential consultations Amb. Walker of New Zealand, Amb. Castillo, chair of the Dispute Settlement Body, and Amb. Aspelund, chair of the Trade Policy Review Body, posed to each delegation a single question: “What are your preferences?” Members then submitted two preferences to the “troika” of ambassadors.

Amb. Walker said the third phase of consultations will commence on 19 October and run until 27 Octoberto afford members sufficient time to prepare their positions. Another factor in waiting a week for stage three to begin is the busy calendar of meetings next week, including a scheduled two-day session of the General Council, which Amb. Walker will chair. Amb. Walker's full statement is available here.

“During this period, WTO members will be asked in confidential consultation to express to the facilitators a single preference and based on these preferences, the troika will deliver their assessment on which of the two candidates is most likely to command a consensus of the membership and become the seventh Director-General of the World Trade Organization.  Following this third round of consultations, Amb. Walker will call another Heads of Delegations meeting at which the results will be announced to the WTO membership.

Amb. Walker would then call a formal General Council and present the troika's recommendation to the membership for a formal decision.”

The General Council agreed on 31 July that there would be three stages of consultations held over a two-month period commencing 7 September. As agreed, during these two months the number of candidates has been reduced from eight to five and then two. In trimming the roster of candidates from five to two, WTO members have concluded the second of these consultative stages.

The consultation process taken by the facilitators has been set by guidelines established by the General Council in a 2002 decision. According to these guidelines, the key consideration in determining which candidate is best poised to achieve consensus is the “breadth of support” each candidate receives from the members.

During the DG selection processes of 2005 and 2013, breadth of support was defined as “the distribution of preferences across geographic regions and among the categories of members generally recognized in WTO provisions: that is (least developed countries), developing countries and developed countries.” The Chair said he and his colleagues were guided by the practices established in these General Council proceedings and he further explained that the decisions made clear that “breadth of support means the larger membership”.

The process for selecting a new Director-General was triggered on 14 May when former Director-General, Mr Azevêdo, informed WTO members he would be stepping down from his post one year before the expiry of his mandate. He subsequently left office on 31 August. Amb. Walker immediately proceeded with the procedures for the appointment of the Director-General that were agreed under the 2002 guidelines. These guidelines require the General Council Chair to begin consultations with members on DG selection as soon as possible and “may establish expedited deadlines as necessary in consultation with Members”. 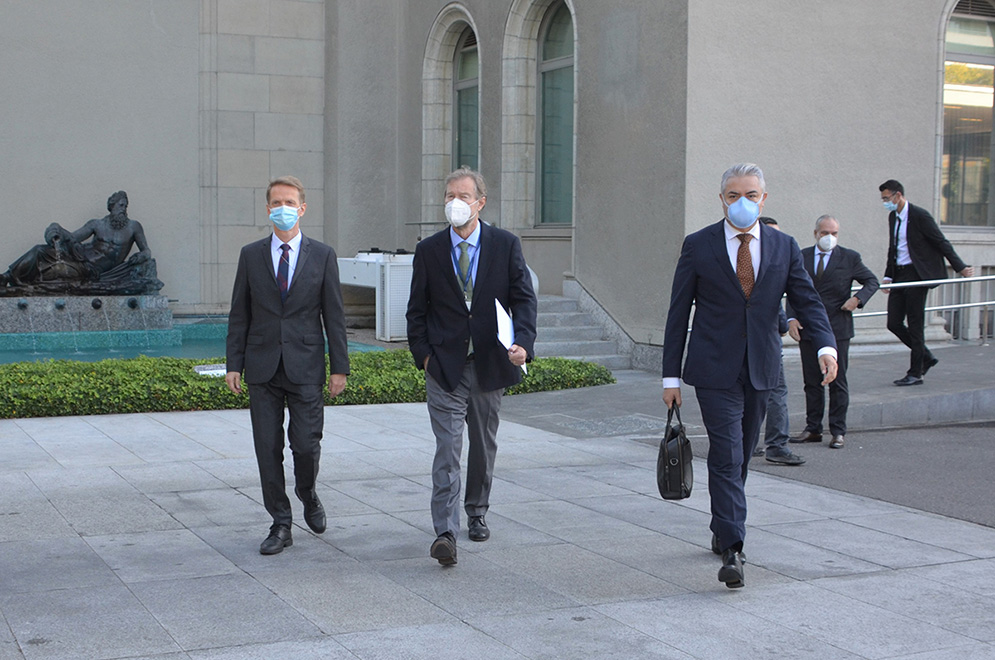