This summary has been prepared by the WTO Secretariat’s Information and External Relations Division to help public understanding about developments in WTO disputes. It is not a legal interpretation of the issues, and it is not intended as a complete account of the issues. These can be found in the reports themselves and in the minutes of the Dispute Settlement Body’s meetings.

The European Union reiterated its request that the United States cease transferring anti-dumping and countervailing duties to the US domestic industry, arguing that every such disbursement was a clear act of non-compliance with the rulings on this matter. Canada supported the EU statement, while the United States said it has taken all actions necessary to implement the ruling.

The United States said that once again the European Union has failed to provide a status report to the DSB concerning dispute DS316, the US complaint against government subsidies for the European aircraft manufacturer Airbus.

The European Union repeated that the matter is subject to new compliance proceedings that are still ongoing and thus there was no obligation on the EU to submit a status report.

The United States and the EU exchanged view regarding recent EU efforts which Brussels says brings it fully in line with the WTO's Airbus ruling, a claim contested by the US.  Both sides said they will continue to engage in efforts to reach a mutually acceptable solution to the aircraft subsidy disputes which offers a level playing field for their respective aircraft manufacturers.

Indonesia said that while it welcomed Australia's statement from last September saying that it fully implemented the WTO ruling in DS529, it could not agree with Australia that full compliance had been achieved.  Indonesia noted that interested parties in Australia can still request a review of the ministerial decision to rescind the anti-dumping duties at issue and that in fact such a request has been made, meaning that the decision to withdraw the duties could still be overturned.

Australia reiterated that the ministerial decision to rescind the duties brings Australia into full compliance with the ruling and that the duties remain revoked.  Unless or until anything happens to change that, Australia considers implementation has been achieved. 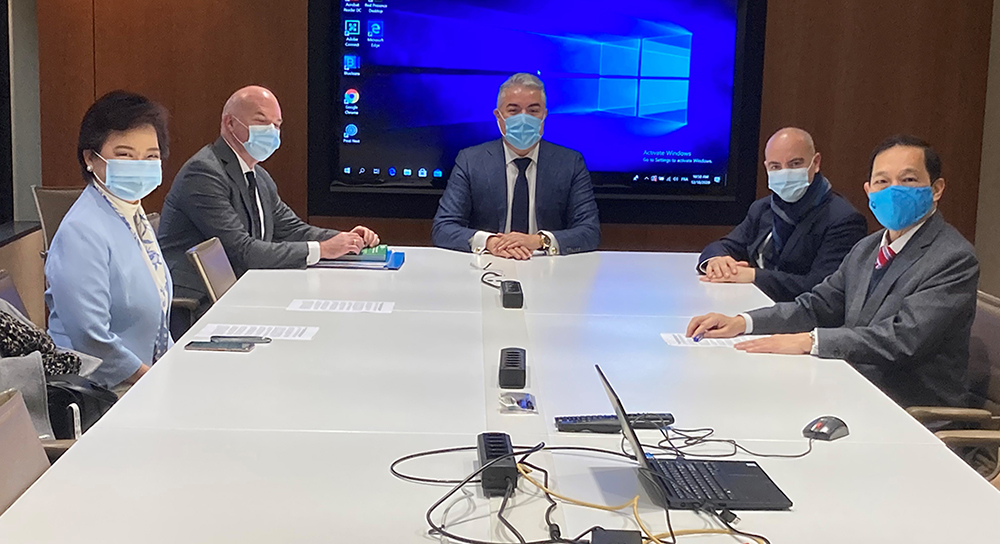 DS371 Thailand — Customs and Fiscal Measures on Cigarettes from the Philippines

The DSB chair, Ambassador Dacio Castillo of Honduras, provided an update on his recent consultations with the Philippines and Thailand regarding issues concerning dispute proceedings in DS371.

The DSB chair drew members attention to the agreement reached by the parties to pursue further Facilitator-assisted consultations, building on the consultations undertaken by the chair to date, with Ambassador George Mina of Australia acting as the agreed Facilitator.

A communication from the Philippines and Thailand confirming this agreement will be circulated to WTO members as document WT/DS371/44  in the coming days.

Both Thailand and the Philippines welcomed the new initiative and thanked Australia's ambassador for agreeing to serve as Facilitator.

Statement on a mechanism for developing, documenting and sharing practices and procedures in the conduct of WTO disputes

Mexico, speaking on behalf of 121 members, once again introduced the group's proposal to start the selection processes for filling vacancies on the Appellate Body.  The extensive number of members submitting the proposal reflects a common concern over the current situation in the Appellate Body that is seriously affecting the overall WTO dispute settlement system against the best interest of members, Mexico said for the group.

Nearly 20 members took the floor to reiterate the importance of resolving the impasse over the appointment of new members as soon as possible and re-establishing a functioning Appellate Body.  Many of the delegations described a two-tier dispute settlement system, with a panel and appeals stage, as a core part of the multilateral trading system. Several delegations noted it is now one year since the Appellate Body has been unable to issue rulings due to the current vacancies.

The United States once again said that it was not in a position to support the proposal to start the selection process because its systemic concerns regarding the Appellate Body, which the US has identified for more than 16 years, remain unaddressed.

The European Union presented a status report with regard to DS291, “EC — Measures Affecting the Approval and Marketing of Biotech Products.”

Brazil made a statement regarding Indonesia's decision to file an appeal in its dispute with Brazil in “Indonesia — Measures Concerning the Importation of Chicken Meat and Chicken Products” (DS484).

The next DSB meeting will take place on 25 January