In his remarks, the Director-General said that delivering concrete results at the 8-11 June Ministerial Conference in Nur-Sultan, Kazakhstan, would bolster the WTO's credibility and position it to keep fostering predictability in the global economy in the years to come.

He identified three baskets of issues that members were considering in the run-up to MC12. The first, multilateral, basket is headed up by fisheries subsidies, along with agriculture, development, and the future of two moratoria concerning electronic commerce and non-violation complaints relating to intellectual property rights. The second basket comes from the joint statement initiatives that groups of members have been taking forward on issues such as investment facilitation for development, services domestic regulation, micro-, small and medium-sized enterprises (MSMEs) and e-commerce. The third basket pertains to institutional issues and proposals for improving our regular work in areas such as transparency, committee operations, small economies and dispute settlement.

DG Azevêdo warned delegates that in Nur-Sultan, ministers would not have the time to debate and resolve differences on such a wide array of issues.

"Past experience shows us that leaving inadequately prepared issues on the table for ministers to determine is, more often than not, a recipe for getting nothing," he said. "Making the agenda for MC12 manageable would enhance our prospects for success there."

"This means determining now – well in advance of the conference – which issues can realistically be harvested with ministerial input in Nur-Sultan.

"Let us save ministerial engagement for where we need it most – and where it will be most productive. For example: getting an agreement on fisheries subsidies."

The Director-General announced that, along with the incoming General Council Chair, he would continue consulting with members on the process for determining the shape and content of the document to capture outcomes from MC12. "As with previous ministerials, I am committed to a preparatory process that is transparent and open, where all members will have the opportunity to put forward their views," he said.

He urged members to focus on the substance, rather than the formal status, of any MC12 outcome document. "Success [at MC12] will be measured by the substance of what we deliver there. If we deliver new rules that curb overfishing and foster greater certainty and inclusiveness in the 21st century global economy, it doesn't matter what the outcome document is called. If we don't deliver any of these things – well in that case the document's name won't matter, either."

On the subject of WTO reform, DG Azevêdo urged members to "focus on concrete deliverables".

"Even without seeing eye to eye on every aspect of the future of the multilateral trading system, you can agree on meaningful updates to the WTO rulebook, and the way in which we do our work. These improvements would help governments, businesses, workers and consumers better adjust to changing economic conditions. This is all part of the reform process."

The Director-General reiterated that MC12 would be a critical landmark for the future of this organization.

"The weeks ahead are a window of opportunity. It is within your hands to prove that multilateral rule-making is still feasible. To deliver outcomes that will help prepare the WTO for the next 25 years.

"I believe this is within reach. But only if we all take an open-minded, creative and compromise-oriented approach." 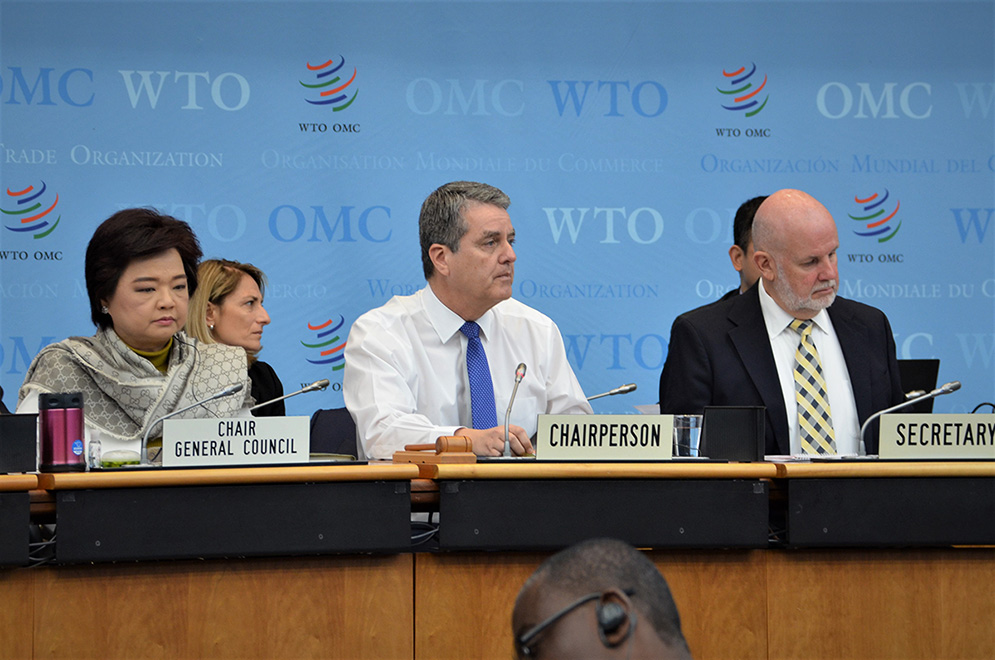