As the end of the transition period for the European Union and the United Kingdom looms, a large number of WTO members voiced their concern about the lack of progress in the renegotiation of the EU and UK tariff rate quotas (TRQs) under Article XXVIII of the General Agreement on Tariffs and Trade and the rectification and modification of schedules of concessions of the United Kingdom as a result of its exit from the European Union. Like in previous meetings, the issue was brought up by the Russian Federation. It stressed that negotiations on the new apportionment of TRQs cannot be completed without a broader discussion with other WTO members and a clear compensation strategy for the principal suppliers to EU and UK markets in order to maintain a general level of reciprocal and mutually advantageous concessions.

Several delegations intervened to share this concern with all of them stressing that, with the end of the transition period around the corner, the EU and the UK had to ensure compensatory concessions for the foreseen loss of market opportunities. They asked them to clarify how bilateral EU-UK trade will be treated in the absence of a bilateral agreement. These delegations reiterated that the proposed modifications to TRQs will potentially diminish the commercial value of their existing market access or render some TRQ allocations too small to be commercially viable. In addition, they were concerned that, in the absence of a bilateral agreement between the EU and the UK, their trade would be crowded out in those TRQs.

Delegations encouraged the EU and the UK to demonstrate they are ready to bring to the table meaningful answers to address their concerns. This includes assurances that other WTO members will be left “no worse off” as a result of their TRQ renegotiations and will not be “crowded out” of the market access they negotiated in good faith under the so-called erga omnes quotas (i.e. those TRQs with no country-specific allocation).

In its response, the European Union said that negotiations under the Article XXVIII procedure were still ongoing with the partners who have recognized rights, with the last round held in October 2020 showing some good progress in these discussions. The EU welcomed the increased engagement of many members and was ready to make further progress, paving the way for a constructive finalization of discussions with as many members as possible by the end of the year.

In the same vein, the UK reiterated its commitment to engaging in good faith with members and to building on the progress and constructive conversations of recent negotiations. The UK said it had undertaken its transition after Brexit with the aim of maintaining the existing balance of rights and obligations between the UK and its trading partners.

Several members also expressed concerns over the UK's initial rectification of its goods schedule, which was circulated in July. They stressed that the rectification contains substantial changes to the UK's current WTO concessions, including the UK's Aggregate Measure of Support (AMS) commitments and Special Agricultural Safeguard (SSG) entitlements, and the proposed methodology to convert the commitments expressed in euros into pounds sterling.

In its response, the UK referred to the ‘UK Global Tariff’, the long-term applied most-favoured nation (MFN) tariff regime that will take effect from 1 January 2021 following the end of the transition period. This is a bespoke tariff tailored to the UK’s economy expressed in pounds sterling. The UK indicated that the exchange rate at which the new schedule has been redenominated (€1 = 0.83687 GBP) represents the average of the daily exchange rates between 2015 and 2019. It reflects the most recent and relevant economic conditions at the time, ensuring the scope of the concessions and commitments offered for application to the United Kingdom are not altered, the UK said.

The Committee saw many delegations taking the floor to voice their concerns about the potential impact on international trade that may result from the EU's “Green Deal” strategy unveiled in December 2019. They requested the EU to shed light on the status of the relevant legislation as well as the sectors and products that would be affected. These members focused, in particular, on the proposal to have a carbon border adjustment mechanism (CBAM), which appeared to them to be inconsistent with WTO rules.

Several members said that, bearing in mind the Paris Agreement principle of “common but differentiated responsibilities”, this policy should be designed and implemented in a fair manner and recognize carbon pricing systems in place in other countries (including at the sub-national level), while aligning with international obligations and standards. Some members pointed out that the EU's intention to use the CBAM as a new budgetary source for powering the EU's economic recovery after COVID-19 suggested that this measure was not aimed at climate protection but rather at economic objectives, including fiscal and protectionist ones. They asked the European Union to provide WTO members with the list of goods (including Harmonized System codes) that may be subjected to the CBAM, and to clarify if it also intended to charge a tax on goods produced in the EU.

The European Union underlined its commitment to climate neutrality by mid-century and recalled that the Commission had pledged to increase EU's climate ambition for 2030. Thus, as long as the EU’s trading partners did not take comparable climate action, there was a risk of carbon leakage that must be addressed by the European authorities. Carbon leakage is a situation that may occur if, for reasons of costs related to climate policies, businesses were to transfer production to other countries with laxer emission constraints.  Should differences in levels of ambition worldwide persist, the EU will propose by mid-2021 CBAM implementation for selected sectors to reduce the risk of carbon leakage. Before that, it will carry out a detailed impact assessment to support the preparation of this initiative, notably looking at environmental, social and financial impacts, economic efficiency and legal feasibility, in particular with respect to WTO rules.

The Committee addressed a large number of trade concerns, new and previously raised, including:

The WTO Secretariat summarized the status of notifications by members as of 30 September 2020. As indicated in document G/MA/QR/9 entitled “Status of Notifications under the Decision on Notification Procedures for Quantitative Restrictions”, the situation has improved with respect to previous years, and in particular for the biennial period 2018-2020, where the number of members that notified increased by almost one third. However, the overall compliance with this notification requirement remains relatively low.

The chair underlined the obligation by members to make complete notifications of all quantitative restrictions in force by 30 September 2012 and at two-yearly intervals thereafter, and urged members that have never notified, or that have failed to notify for the current biennial period (2020-2022), to comply with this important transparency provision. Members in need of technical assistance were invited to contact the Secretariat.

Members discussed the possibility of adopting on a voluntary basis the eAgenda system, like it is currently used by the Committee on Sanitary and Phytosanitary Measures and the Committee on Technical Barriers to Tarde. The majority was in favour of continuing to explore this possibility. The Secretariat is working on a mock eAgenda that will be presented at the first informal meeting of the Committee next year. Once ready, members will have some time to test it and the Committee will discuss whether adjustments are necessary before it becomes fully operational.

The next formal meeting has been provisionally scheduled for 29-30 April 2021. 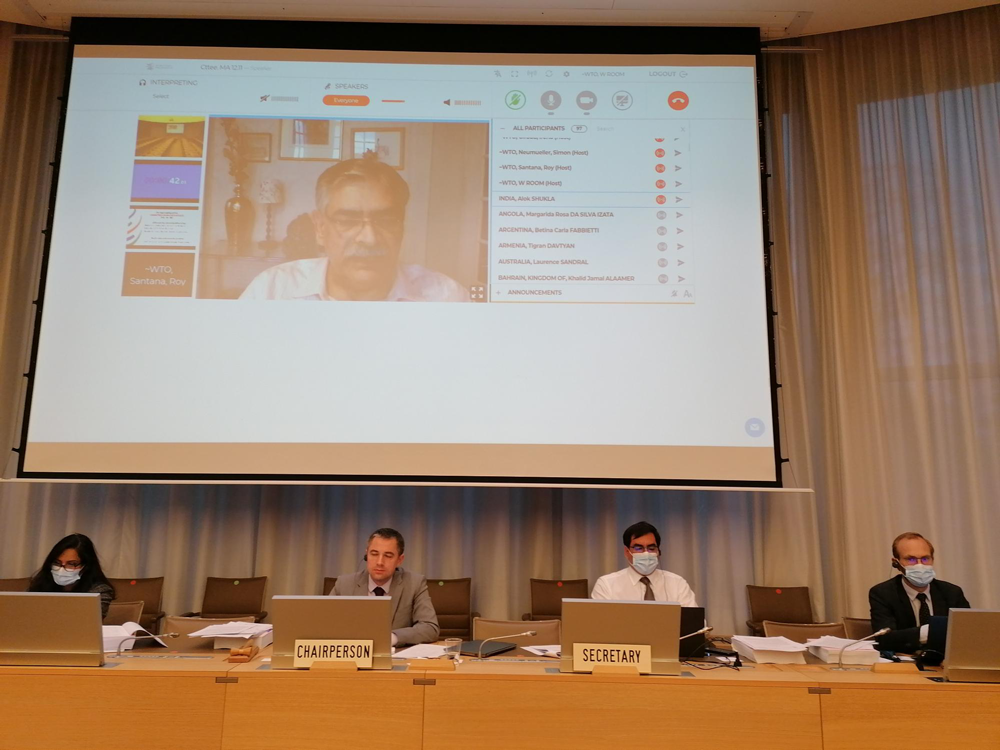 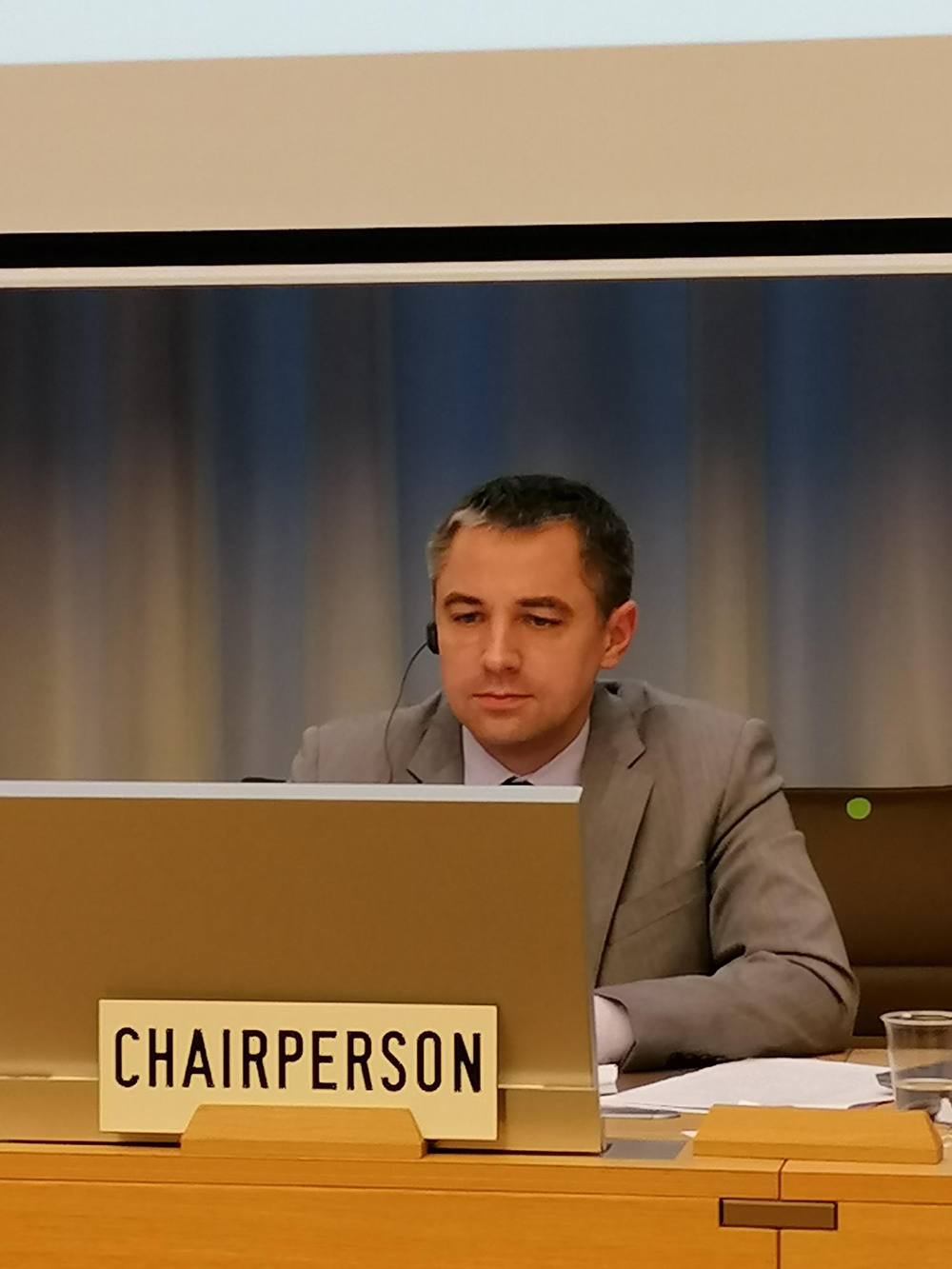