The latest contraction in services trade is the steepest since the financial crisis, when global commercial services trade plummeted by 17% in the second quarter of 2009. Services exports in the second quarter of 2020 were down 32% in North America,  29% in Asia and 26% in Europe on a year-on-year basis. Preliminary estimates suggest even sharper declines for Latin America and the Caribbean (-46%) and a drop of 60-65% for least-developed countries. 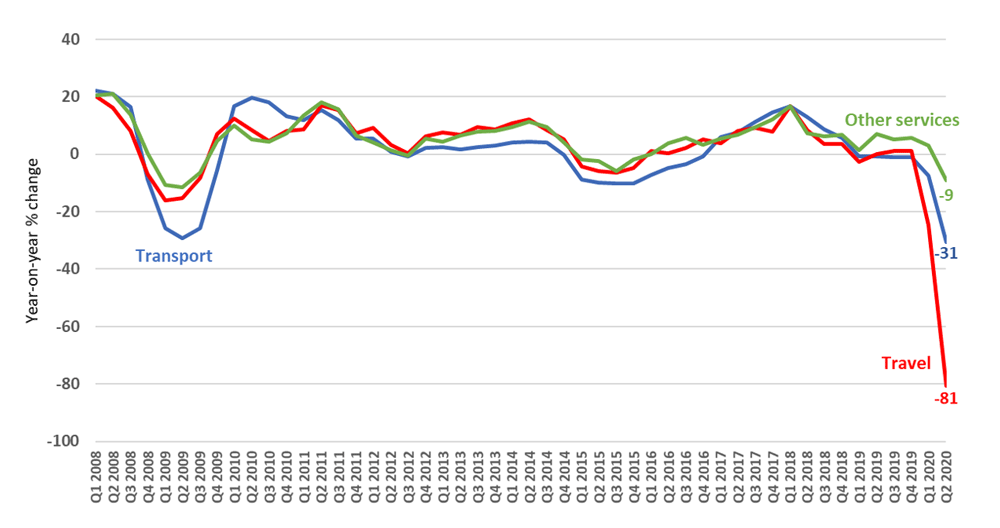 Tourism was particularly hard hit, with international travellers' expenditure down 81% and transport down 31%. These two sectors make up 43% of services trade. The drop in transport matches declines recorded during the financial crisis (-29%), but the underlying reasons are different. Unlike in 2009, the decrease in transport services trade is driven predominantly by restrictions to passenger transport and a fall in global demand for international travel, not by sharp declines in freight shipping. 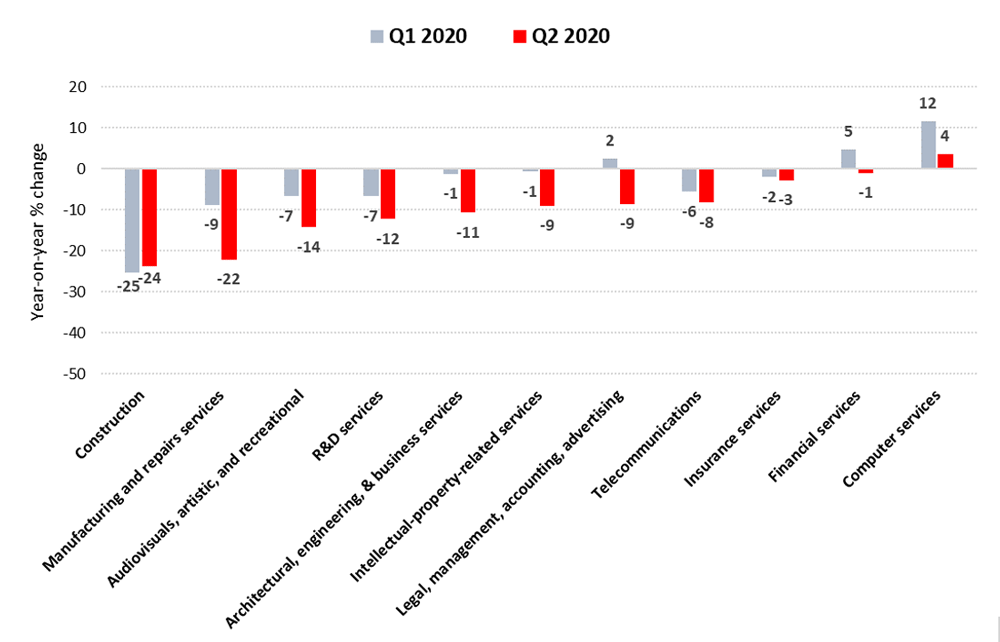 Other services were affected unevenly by the pandemic. Sectors requiring physical proximity fell steeply such as construction (-25%) and audio-visual, artistic and recreational services (-14%). Architectural and engineering services, closely linked with construction, and other business services were also down 11%. Contract manufacturing services also collapsed (-22%), with factory production halting in many countries. Uncertainty about the economic context also had an impact on research and development (R&D) services, with exports from this sector declining 8% in the United States and 11% in the European Union.

Financial services were only marginally affected, emphasizing the very different nature of this crisis from the financial crisis, when exports dropped by 20% in the first quarter of 2009. Recent growth in this sector is even understated due to the dollar appreciation. For example, intra-EU trade in financial services rose by 2% in euro terms, while it stagnated in dollar terms.

Computer services, the fastest growing services sector in the last decade, was the only one to record an increase in exports, which was up 4% due to the rising demand for digitalization. This trend has been further accelerated by the pandemic.