“WTO membership is part and parcel of our commitment to a rules-based order,” Dr José Ramos-Horta, former President of Timor-Leste and Nobel Peace Prize Laurate, said as part of the 81-person delegation composed of government officials, including nine ministers, joining the meeting virtually from the capital, Dili, and in person in Geneva. “Timor-Leste is fully committed to abide by the principles, objectives and rules of the WTO,” he said.

“Timor-Leste continued to progress in its accession by developing and providing the negotiating inputs requested by members, including the initial Market Access Offers on Goods and Services, which were circulated to the members of the Working Party in May-June of this year. I am pleased to update the Working Party that Timor-Leste has initiated bilateral consultations on market access with interested members based on the circulated offers,” Mr Amaral said. His statement is available here.

WTO Deputy Director-General Xiangchen Zhang remarked positively on the dedication of LDCs to the WTO accession process despite the challenges related to the pandemic.

“Timor-Leste is one of the most recent LDC accessions. It started the process only in 2016 and it is now moving at full speed. My recommendation as a former accession negotiator and a former chairperson of an LDC accession Working Party is to sustain your efforts and keep up your good work,” he said. “The Secretariat is ready to coordinate with technical assistance providers so that LDCs' needs are responded to in a timely manner.” His statement is available here.

Members at the meeting reviewed the state of play in the bilateral market access negotiations, and continued the examination of the foreign trade regime of Timor-Leste on the basis of the documents before the Working Party. They also reviewed legislative developments and considered next steps in the accession process.

The Working Party chair observed that the discussion had been productive and conducted in a positive spirit.

“This meeting has once again re-confirmed the strong will of Timor-Leste to become part of the WTO as expeditiously as possible, and its readiness to engage with members to define the future terms of accession and to undertake necessary policy actions. I took good note that this commitment is strongly supported by members who are willing to play their part,” the chair said.

The Vice-Minister of Commerce and Industry, Mr Domingos Lopes Antues, added in the conclusion of the meeting that Timor-Leste will continue to expedite its participation in the accession process and that it continues to seek the necessary assistance from its partners.

“I am confident that we will follow through the accession roadmap already developed with the WTO Secretariat as planned and ensure that we meet the ambitious, but achievable target to become a WTO member by the end of next year, even with the global challenges of the COVID-19 pandemic,” Mr Antues said.

The Working Party chair invited members interested in requesting bilateral market access negotiations to indicate their interest by end-September. He also requested Timor-Leste to continue updating its Legislative Action Plan and submitting translations of draft and adopted WTO-related legislation, and to provide its revised Agriculture Supporting Tables before the next meeting of the Working Party. Members agreed to explore the possibility of issuing the “Elements of the draft Working Party report” to mark progress made in the accession process. Depending on the availability of the documentation, the Working Party could aim to have its 3rd meeting in the beginning of 2022.

Timor-Leste is located at the southern extreme of the Malay Archipelago, with a population of approximately 1,270,000. After gaining independence in 2002, the Government of Timor-Leste submitted its application for accession to the WTO in November 2016. The Working Party was established in December 2016. 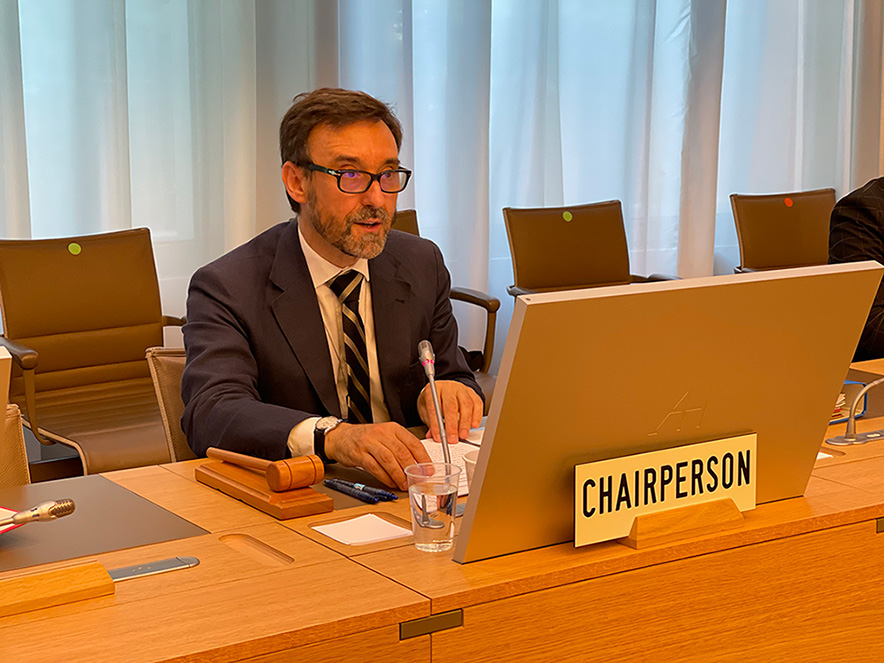