Speaking at the conclusion of the WTO-organized meeting “COVID-19 and Vaccine Equity: What Can the WTO Contribute?”, the Director-General said that statements from government ministers, vaccine manufacturers, civil society advocates and leaders of international organizations had identified problems and pointed to potential solutions.

“This is a problem of the global commons, and we have to solve it together,” she said.

She expressed hope that the meeting, which included roughly 50 speakers, would serve as the basis for continued dialogue aimed at delivering results in terms of increased vaccine production volumes in the short-term as well as longer-term investments in vaccine production and enhancing the trading system's contribution to pandemic preparedness.

The discussion shed light on the complexity of the vaccine scale-up challenge, DG Okonjo-Iweala said.

The large number of trade-related concerns expressed during the meeting, from the importance of open cross-border trade for access to vaccine raw materials and inputs to differences over the role of intellectual property protections,  indicated “that the WTO must play a central part in the response to this crisis,” she said. “This is something in members' control.”

The Director-General expressed hope that the ideas raised during the meeting would “contribute to convergence in the TRIPS Council on meaningful results that contribute to the goals we share.”

Identifying steps for concrete follow-up that emerged from the discussion, she said WTO members could further reduce export restrictions and supply chain barriers and work to facilitate logistics and customs procedures. Vaccine manufacturers, for their part, could work to turn around existing production capacity where it exists, providing knowhow and technology transfer, and take steps towards longer-term investment. She highlighted the importance of increased contract transparency. International organizations and financial institutions, in addition to providing financial support for existing and new capacity, could provide capacity support on regulatory issues for vaccines, therapeutics and diagnostics.

“I hope that part of what we get from today is not only concrete action to increase [vaccine production] capacity, but also the elements of a framework on trade and health that we can pull together at the WTO, and put before ministers at the 12th Ministerial Conference in December,” she said. “I would look to such a framework to provide for trade-related preparedness to handle this pandemic, and the next one.”

Her closing remarks are available here. 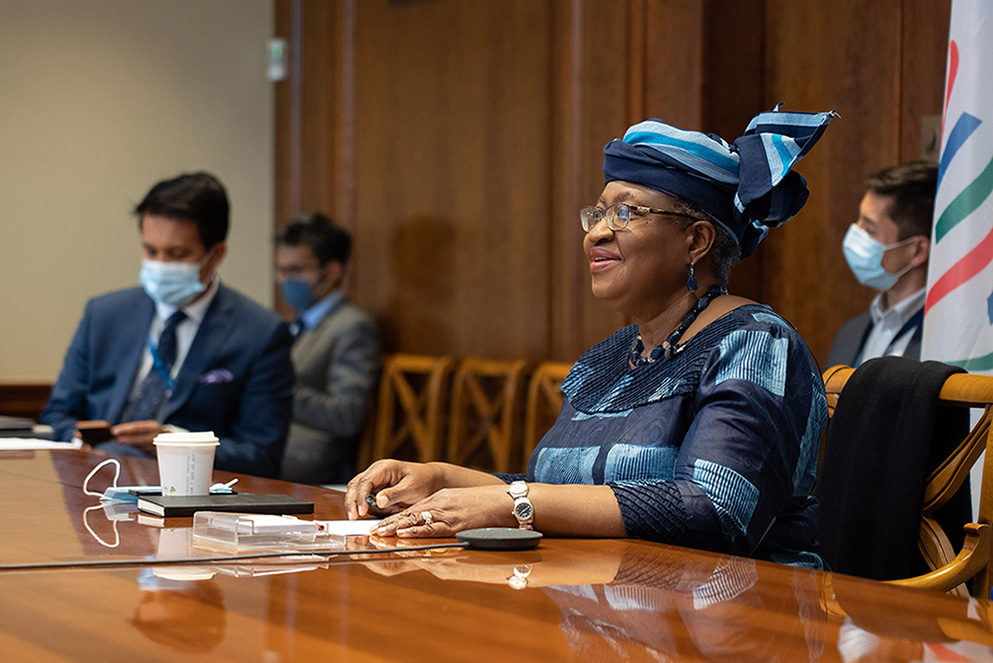 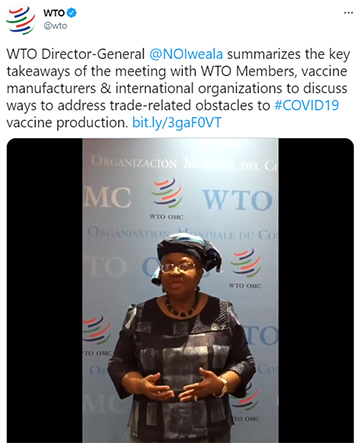