“Work towards a possible MC12 outcome document is a member-led process,” the chair declared. “As always, it is the members that decide what goes into any agreed outcome document.”

Ambassador Castillo has been assisting WTO members in his capacity as General Council chair with work on the first part of the outcome document, which would cover: (i) the context in which MC12 takes place; (ii) broader political messages; and (iii) guidance from ministers on additional elements members may agree on.

Work has taken place in a small group format broadly representative of the membership and comprising all group coordinators and several other delegations, he noted. Transparency is being ensured through group coordinators who keep their members up to date on the ongoing discussions and feed their views and suggestions back into the process, as well as through the chair's regular reports at informal General Council meetings.

The chair said that, based on the preliminary exchanges in the small group, members believe the first part of the outcome document should take into account both the external and internal environments in which MC12 is taking place, namely the pandemic, the changed trading landscape, and the systemic/internal challenges that the WTO is facing.

Members have also expressed views that “political messages” should note the need for greater solidarity and collaboration amongst members, the role of international trade and the WTO in global economic recovery, a reaffirmation of the principles enshrined in the Marrakesh Agreement, and the needs and interests of developing country members, in particular the least developed members.

The chair has followed members' guidance in drafting possible language for an outcome document, focusing on the broader messages where possible convergence could be detected. The small group had a useful and constructive first exchange on the draft language earlier this week and work will continue in the coming days and weeks, he noted.

To ensure transparency and inclusiveness, the chair said he will continue to convene regular informal General Council meetings to provide updates to the broader membership.

MC12 will take place on 30 November — 3 December in Geneva. More information on MC12 is available here.

Ambassador Castillo also briefed on his consultations with members regarding the WTO's Work Programme on Electronic Commerce as well as the possible continuation of the e-commerce moratorium. Since 1998, WTO members have periodically renewed the moratorium at each Ministerial Conference and have continued addressing e-commerce related issues in the Goods Council, the Services Council, the TRIPS Council and the Committee on Trade and Development as part of the e-commerce work programme.

The chair said he highlighted in the consultations the need to intensify work towards a possible draft decision for the consideration of ministers at MC12. He noted that, despite the well-known differences in members' positions, many continue to attach importance to e-commerce and that the pandemic had highlighted e-commerce opportunities as well as its challenges, both of which should continue to be discussed within the WTO.

Delegations generally reiterated their views with respect to the moratorium and the Work Programme in the consultations, he said. On the moratorium, proponents considered its extension a priority for MC12 and reiterated its role in providing a stable and predictable trading environment. On the other hand, some delegations said that it would be difficult for them to agree to an extension of the moratorium without clarifying its scope and implications.

On the Work Programme, Ambassador Castillo said, no delegation opposed its continuation, although some indicated that they could not accept a decision to continue its work without at least an extension of the moratorium.

Following the chair's intervention, Ambassador David Walker of New Zealand provided his report on his consultations within the Facilitator-led Multilateral Process on the WTO response to the COVID-19 pandemic.

Ambassador Walker said a large number of delegations in the consultations he undertook as facilitator attached high priority to a meaningful outcome at MC12 on the use of export restrictions and prohibitions in the context of the pandemic, with discussions underscoring the importance of keeping markets open.

He also said many delegations believe an outcome on trade and health at MC12 should address both the WTO's response to the current pandemic as well as future crises. To this end, a framework to guide the WTO's work post-MC12 on how to make the multilateral trading system more resilient and better prepared for such crises was proposed. Such a framework could build on lessons learned from the current pandemic and set out guidelines and best practices for more coordinated responses in the future.

Ambassador Walker said he will be continuing his consultations in the coming weeks and will continue to report on this process through open-ended and formal meetings as well as formally to the General Council.

Also at the General Council meeting, the Prime Minister of Mali, Choguel Kokala Maiga, delivered an address to WTO members in which he outlined the importance of progress on issues related to cotton and the needs of least developed members. His speech is available here. 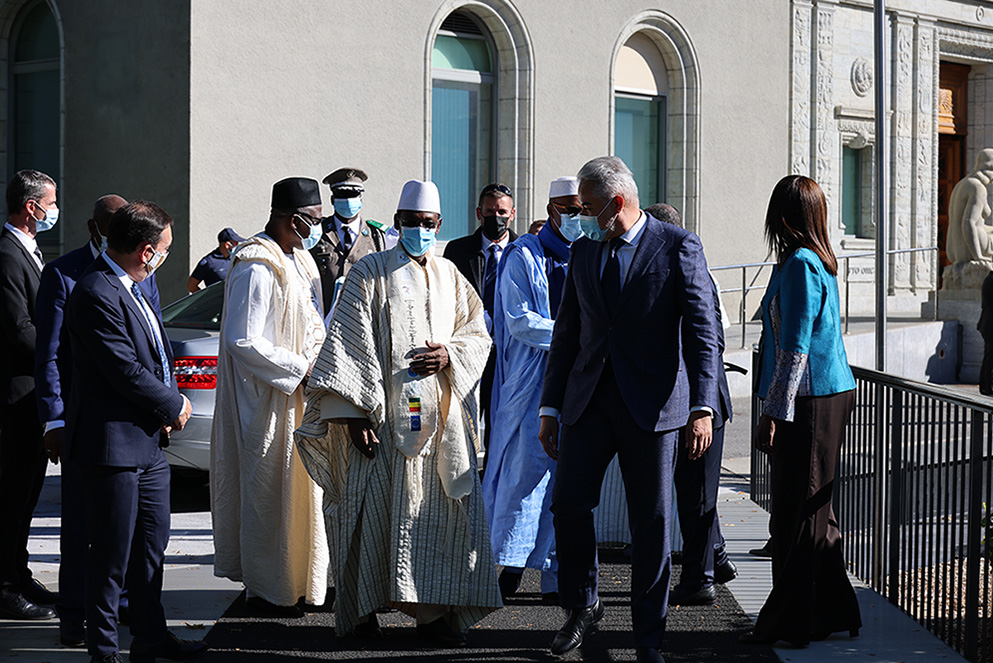