The issue of WTO reform has been raised by the organization's members in various WTO bodies in recent years, with many recognizing the need to update rules written more than a quarter of a century ago.

In outlining their priorities for reform, participants in the high-level session put forward a menu of issues requiring attention. These not only included tackling new issues like climate change, pandemic response and the digital economy, but also ensuring the WTO can better address matters that have been on its negotiating agenda for years, such as agriculture, disciplines on fisheries subsidies, and special and differential treatment for developing and least-developed countries.

John WH Denton, Secretary General of the International Chamber of Commerce, underlined the importance of restoring a WTO that operates effectively, something which is currently not happening, he said.

“For the WTO to be useful for us, it has to function, it has to be fit for purpose,” he said. “The issues it deals with have to be those of the 21st century. It needs to grapple with issues it's been told to deal with because they're relevant issues.”

“It needs to be dealing with issues related to the pandemic,” Mr Denton continued. “We need to learn from what's just happened and prepare the organization to grapple with health crises in the future. It has to deal with the digital agenda. It needs to join up climate and trade … we can't have functioning businesses in a planet that is actually not functioning.”

Carlos María Correa, Executive Director of the South Centre, stressed the need to overcome the current fragmentation in the international system of trade rules and called for a trade system that is focused on the needs and rights of people.

The COVID-19 crisis has shown the world the profound asymmetries that exist in many economic, social and health aspects, he noted. The post-pandemic reality should be an opportunity to create a new system based on equality and solidarity which is truly effective, he added. “The world should be different to the one that COVID-19 found.”

“The multilateral trading system needs to be part of a mechanism which promotes wellbeing globally,” he said. “Trade isn't an end in itself but an instrument to pursue other superior objectives, including taking into account the interests and needs of the most vulnerable groups in the population.”

Yeo Han-Koo, Trade Minister of the Republic of Korea, highlighted the importance of the digital and high-tech economy to the WTO's work. From being a country whose main export in the 1960s was wigs, Korea has succeeded in becoming one of the world's leading exporters, starting with textiles and light electronics, and specializing in automobiles and semiconductors, he said.

The proactive role of the government, the promotion of public-private partnership and a firm commitment to digitalization was the formula for Korea's success, which could be replicated by developing countries, particularly if WTO members were to finalize an agreement on electronic commerce, he said. “Digital trade rules could really pave the way to bring many other developing countries into this fast track of development.”

“If we keep our focus on innovation and sustain this strong will to turn a crisis into opportunity, then I think we will come out of this crisis stronger than before the pandemic,” he declared.

Otunba Richard Niyi Adebayo, Nigeria's Minister of Industry, Trade and Investment, said WTO reform should focus on the issues that are central to the interests of developing and least developed countries and that have been the subject of ongoing WTO negotiations for years.

“I believe honestly that there has to be reform which addresses the concerns and priorities of developing countries, particularly mandated issues which remain unresolved but which remain extremely important … strengthening special and differential treatment, agriculture issues such as domestic support, the special safeguard mechanism and public stockholding, these are crucial for addressing food and livelihood needs.”

Ensuring future digital trade rules allow sufficient policy space for developing countries, simplifying notification requirements, and reforming rules under the WTO's TRIPS Agreement to strengthen access to innovation were also cited by the minister as important priorities.  “I believe if these reforms are in place, it will go a long way to assisting developing countries,” he said.

In remarks delivered in a recorded message, United Kingdom Secretary of State for International Trade Anne-Marie Trevelyan said WTO members need to make progress at the WTO's upcoming 12th Ministerial Conference in three areas: promoting the better functioning of the WTO by getting the negotiating function working again; modernizing existing rules in areas where there is a willingness to do more, such as health and the environment, e-commerce and women's economic empowerment; and promoting free and fair trade by tackling market distorting practices and making sure that members take on obligations commensurate with their size and level of development.

“We cannot ignore the fact that the rules of the road in global trade are dated, and the WTO rulebook is struggling to keep pace with both the global challenges of the present, and the industries of the future,” she said.  “The approaching Ministerial Conference is an ideal moment for us to reflect on the need to address those challenges — in ways that are inclusive, flexible and transparent — and which deliver the results which members want to see.” 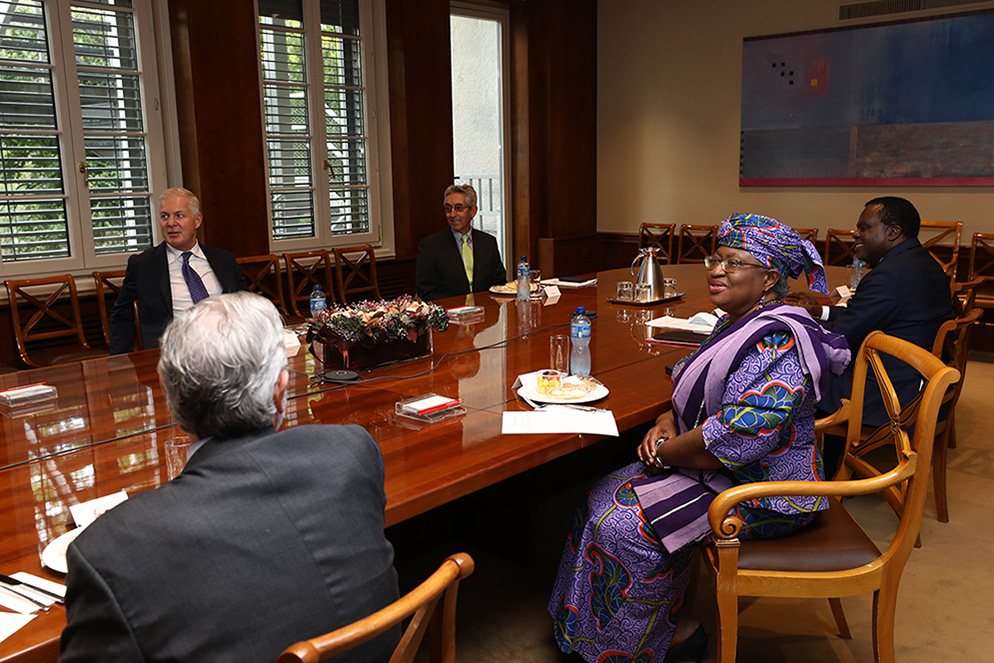