The chair said the revised texts reflect the best efforts by the DG and herself to facilitate a “balanced and realistic” package for MC12. The documents had been revised since they were previously circulated to reflect comments and inputs put forward by members in the latest meetings and consultations and through written comments, while seeking to preserve the overall balance across all elements.

The new texts constitute “an important step forward”, the chair said, which would provide a fresh start in the agriculture negotiations after MC12 without prejudging the outcome of the talks. They would also enable the WTO to respond to global food security challenges in both the short and long term, she added.

She asked members to engage constructively with one another and to show self-restraint in their comments.

“Most of you believe that we are close to achieving an agreement in principle on agriculture which would guide our work post-MC12. We should not pass up this unique opportunity,” she said.

Many members welcomed the new texts as one step closer to reaching a meaningful outcome at MC12 and supported them being submitted to ministers.

On the draft declaration on trade and food security, there was widespread support for a strong statement from WTO members on this topic, given the severe food security and nutrition challenges that the world is facing today.

Most members continued to favour exempting from export restrictions food bought for humanitarian purposes by the UN's World Food Programme (WFP). While the majority continued to back the call for a multilateral decision at MC12, a few members reiterated their concerns about the possible impact on domestic food security. Some other members indicated that while being ready to join consensus on the text on the table, they would favour a clear and simple statement on this matter.

On the draft ministerial decision on agriculture, members remained far apart on some key issues, notably the approach to be followed on public stockholding for food security purposes. Some members put forward suggestions to further adjust the text.

Many members said they were willing to continue discussions in the coming days, with a view to reaching consensus on a package on food and agriculture for adoption at MC12. Several members also said they have submitted or will submit proposals for ministers to consider at MC12.

The chair thanked members for their efforts to seek solutions to the difficult issues that negotiators still faced. She said that, based on the comments she had received so far, she would firm up the texts and submit them to ministers for consideration under her own responsibility. She will also report on the state of play in the agriculture negotiations at the informal meeting of heads of delegations scheduled for 12 June.

Background information on the agriculture negotiations is available here.

The agriculture glossary is available here. 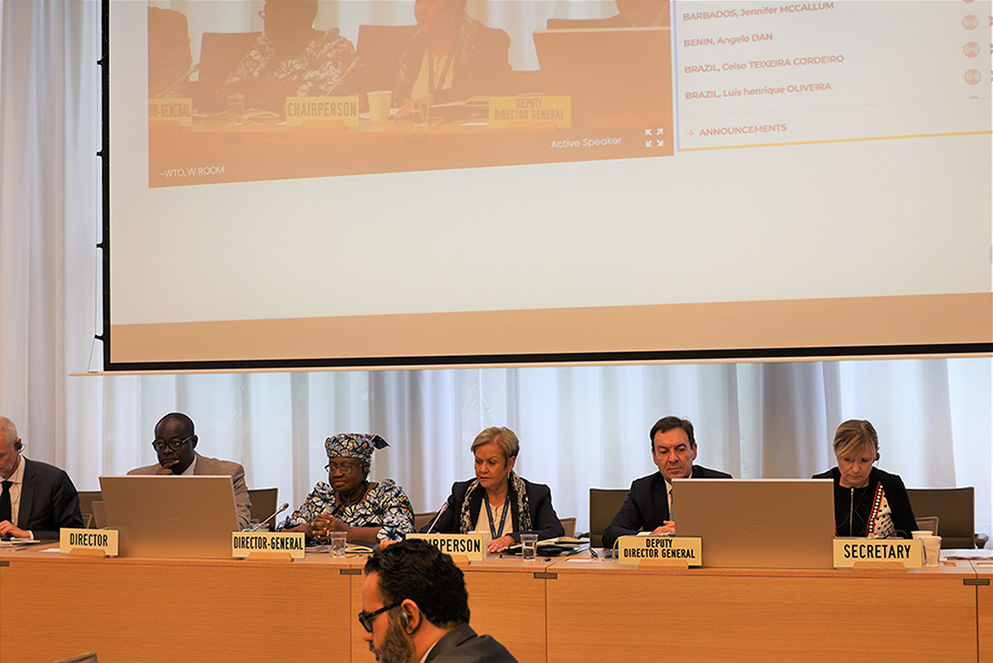