“At our 12th Ministerial Conference, WTO members adopted a new Agreement on Fisheries Subsidies. The Agreement is the first broadly-focused, binding multilateral agreement on ocean sustainability. It also is the first WTO agreement with environmental sustainability at its core,” DG Okonjo-Iweala said at the event, where she also took the opportunity to urge members to formally accept the Agreement so that it can enter into force.

“For developing country and LDC members, implementation will take time, effort and money,” the DG added, citing tasks ahead such as integrating fisheries-related elements into subsidy policies and meeting new notification requirements, particularly on fisheries-related information.

“The WTO's new report, ‘Implementing the WTO Agreement on Fisheries Subsidies: Challenges and opportunities for developing and least-developed country members,’ helps set the context for this important conversation,” DG Okonjo-Iweala said, underlining that 65% of USD 5 billion in assistance earmarked for fisheries and the ocean economy between 2010 and 2020 targeted sustainable fisheries according to data from the Organisation for Economic Co-operation and Development (OECD) presented in the report.

“One telling statistic from the report, though, is that the assistance to sustainable marine fisheries over ten years is dwarfed by the annual USD 22 billion in harmful fisheries subsidies. Eliminating these subsidies would in principle unlock a huge amount of resources that could be redirected to promote and support sustainable fisheries management and practices by all members, including developing and LDC members,” she said.

The Director-General drew attention to the voluntary WTO Fisheries Funding Mechanism, which is foreseen in the Agreement to fill gaps in existing assistance and thus ensure that beneficiaries have what they need to fully implement the new WTO rules. The Fund will be operated by the WTO along with the Food and Agriculture Organization (FAO), the World Bank and the International Fund for Agricultural Development (IFAD).

“Donors to the Fund already have pledged around half of our initial target of USD 10 million, and we are working to get it up and running quickly,” she said.

Ambassador Mere Falemaka of the Pacific Island Forum Secretariat and Ambassador Muhammadou Kah of the Gambia affirmed that developing country members and LDCs will need assistance to implement the Agreement — for example, to meet notification requirements, to establish mechanisms to withdraw prohibited subsidies,  and to reform subsidy policies dispersed in various legislation. Ambassador Kah also noted that stock assessments and other features of fisheries management can be costly and will require immediate support.

Ambassador Falemaka, moreover, said regional mapping will be undertaken to better understand technical assistance needs. She underlined the importance of continuing negotiations to conclude further provisions on prohibiting subsidies that contribute to overcapacity and overfishing.

Jürgen Zattler, Director-General of the German Federal Ministry for Economic Cooperation and Development, said that given fiscal stress many countries are facing, governments would do well to reduce harmful subsidies and create fiscal space to enhance sustainability. Germany is identified in the report as among the important donors to the marine fisheries sector in developing countries.

Representatives from partner organizations also spoke at the session: Kerri-Ann Jones, Deputy-Secretary General of OECD; Maximo Torero, Assistant Director-General and Chief Economist of FAO; and Charlotte de Fontaubert, the World Bank Group's  senior fisheries specialist. They expressed their continuing commitment to work closely with the WTO and its members in support of the Agreement's implementation. They also emphasized the need for deeper tracking of development assistance to ensure sustainability objectives are met.

The session's discussants — Ambassador Santiago Wills of Colombia, who is the chair of the fisheries subsidies negotiations, and Deputy Director-General Angela Ellard — called on members to intensify work to bring the historic Agreement into effect.

“The Agreement establishes a lot of opportunities: opportunities to change the status quo, contribute to ocean sustainability, contribute to the livelihoods of fishing communities, and implement good practices. It was clear to me from our panellists today there is the will to implement an agreement that will help us grasp those opportunities,” Ambassador Wills said.

“We have within the WTO considerable resources to help our members enter this agreement into force as soon as possible,” DDG Ellard said. “We have the wind at our back, having reinforced the value of multilateralism and the value of consensus-based negotiations. We're in a very strong position now to move forward, particularly with respect to addressing such an important issue of the global common good like sustainable fishing.” 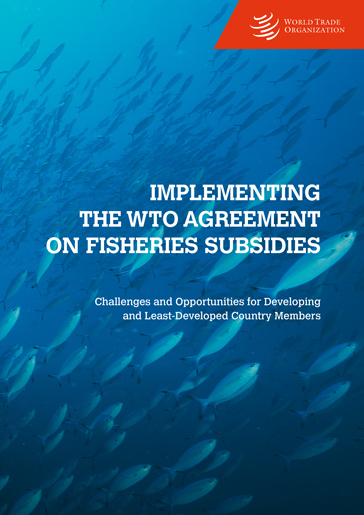 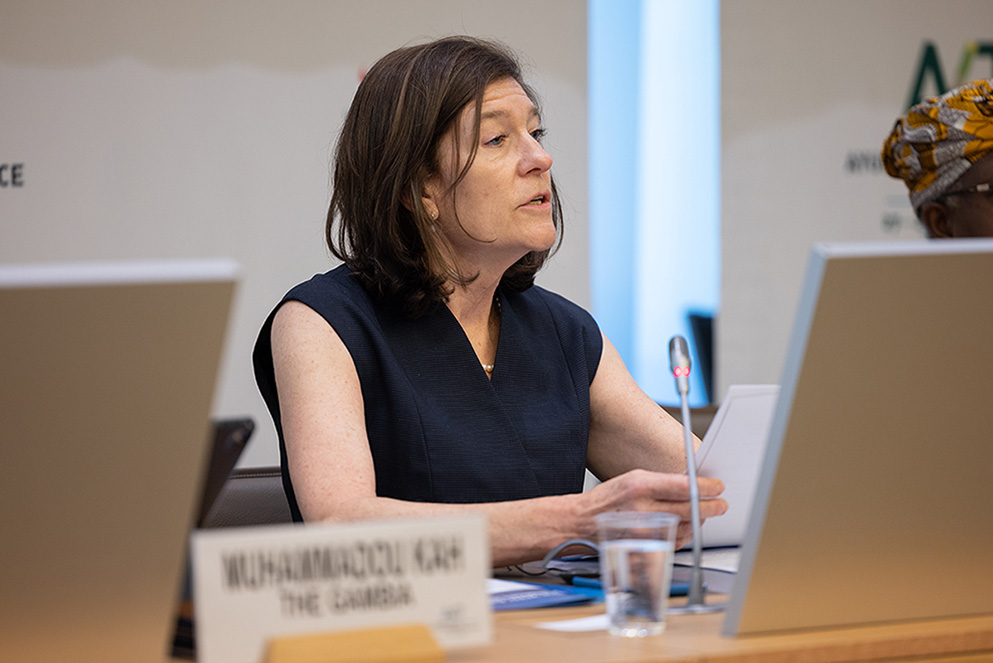