Gayle Smith, Chief Executive Officer of ONE Campaign, said digitalization could be a key driver of economic growth provided action is taken to level the playing field and support those who are denied digital access. Currently, 40% of the world's people do not have access to the internet, and many of them do not even have access to electricity, she said.

In reference to the pandemic, she welcomed the decision on COVID-19 vaccine production, which was adopted by trade ministers at the 12th Ministerial Conference in June. But she stressed that the pandemic has persisted longer than it should because not everyone could get access to vaccines. When a pandemic hits, “we should do everything we can to make sure we can fight the virus in a way that is scientifically smart. Trade rules can be a constraint or a facilitator.” She warned: “We have got to think very seriously because this is not the last virus we are going to see.”

Florizelle Liser, Chief Executive Officer of the Corporate Council on Africa, said the pandemic had a severe social and economic impact on Africa. However, thousands of African companies made use of digital platforms during the pandemic to broaden their consumer base and to reach many more countries. There is a massive potential for African businesses to seize digital opportunities, she said, flagging that “Africa has only 2.5% of global trade” and 60% of the African population is under 30.

She highlighted the important role of trade rules, pointing to the ongoing e-commerce negotiations at the WTO. If rule makers can put in place the right rules for e-commerce, she said, not just developed countries but developing countries will benefit as well. She also highlighted the importance of harnessing the opportunities provided by the African Continental Free Trade Area (AfCFTA), which will help remove trade barriers.

Sushant Palakurthi Rao, Managing Director of Agility, outlined small businesses' essential role in promoting economic prosperity, especially in emerging economies, and highlighted the challenges they face in participating in supply chains. “Small and medium enterprises are key drivers for emerging economies, bearing in mind that over 90% of global businesses are SMEs,” he said. They contribute to 70% of global jobs and up to 50% of global GDP, according to estimates of the International Labour Organization, he added

He said investment should be mobilized to tackle some of the key bottlenecks facing small businesses' development, highlighting action taken to help build quality infrastructure in Africa.

Helena Leurent, Director General of Consumers International, said “governments and business need to do more” at a time of crisis. Consumer behaviour has changed considerably in response to the multifaceted crisis we are facing, she said. For example, a recent survey showed that "80% of people are changing their budget and spending habits to deal with energy price rises," she said.

Regarding digitalization, she asked the business community to pay attention to consumer needs, in terms of safety and privacy. The flow of massive data might trigger consumers' concerns over the safety of their personal information, she said. Consumers' voices must be heard as WTO members work on new disciplines to govern e-commerce trade, she added.

Ms Smith concluded: “How do we use the expansion of technology to level the playing field? That's our challenge. But I think it's doable.”

A video recording of the session is available here. 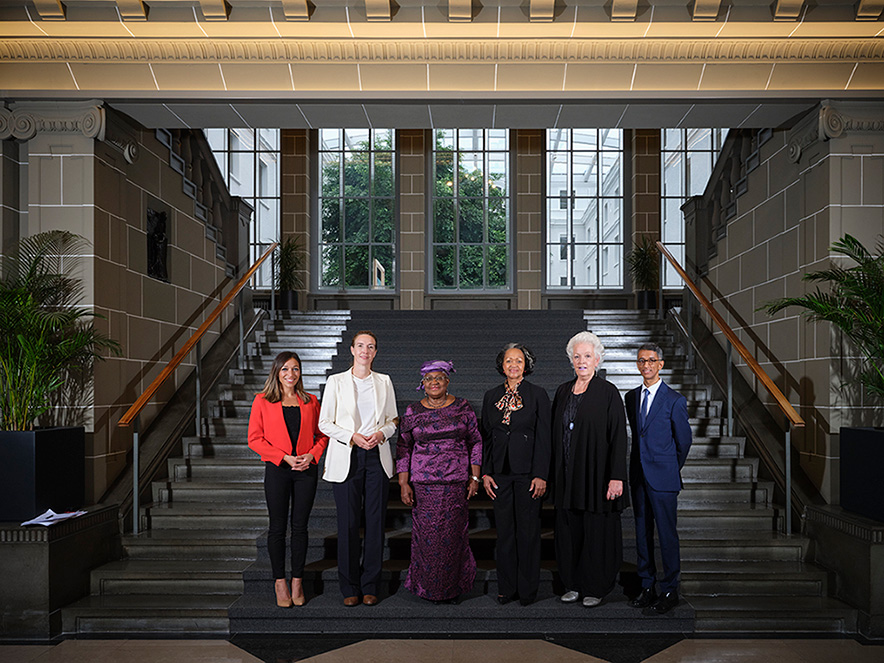