At the informal meeting of ministers and top officials from 23 members, Switzerland became the first WTO member to submit its instrument of acceptance of the historic Agreement on Fisheries Subsidies reached at MC12 in Geneva last June.

DG Okonjo-Iweala commended Switzerland for its leadership. She also lauded the launch of the Trade Ministers for Climate Coalition by dozens of members seeking to make trade a stronger instrument for climate mitigation and adaptation. After congratulating ministers for the important results they delivered at MC12, the Director-General turned her sights to the next Ministerial Conference, which will take place in Abu Dhabi in February 2024, and outlined areas she believes need to be tackled between now and that gathering.

Topics for further work include the follow-up negotiations provided for in the Fisheries Subsidies Agreement; a decision on extending the TRIPS waiver compromise beyond COVID-19 vaccines to cover therapeutics and diagnostics; food security and agriculture reform; WTO and dispute settlement reform; development, in particular topics of interest for least developed countries; and e-commerce and a forward-looking agenda covering digital trade and climate change. DG Okonjo-Iweala suggested focusing on a few target areas for results at MC13.

The informal gathering took place on the sidelines of the World Economic Forum’s Annual Meeting held under the theme “Cooperation in a Fragmented World” at a time when the global economy is still struggling with the effects of the pandemic, the impact of the war in Ukraine, a spike in inflation, and food security concerns.

During the weeklong event, DG Okonjo-Iweala met heads of state and government, high-level government officials, business leaders, academics and others, delivering the message that trade has to be part of the solution to the global polycrisis, and that there will be no recovery from the current economic weakness without trade.

She also called for bolstering global cooperation and working towards “reglobalization”, as opposed to trade fragmentation and “friend-shoring,” or seeking trade primarily with only a small set of allies. “A friend today may not be a friend tomorrow”, she said at a session entitled Relaunching Trade, Growth and Investment. “In order to allow growth to recover, we have to strengthen multilateralism. We have to strengthen cooperation. When you're building resilience, use it to bring in those who were at the margins of the global value chains, decentralize and diversify your supply chains to these areas.”

The Director-General shared her assessment about the prospects of the global economy. While there is still a lot of uncertainty on the horizon, there is the possibility of a soft landing, she said. “For 2023, we are projecting 1% growth in the volume of merchandise trade compared to 3.5% last year. Citing the WTO’s trade forecast released in October, she noted that trade could even contract this year if downside risks materialize. “But if we have a soft landing, if things work out well, we could see a situation in which trade grows even more,” she added.

In her speaking engagements and meetings, DG Okonjo-Iweala also highlighted the areas she sees as becoming more relevant for the global economy. “I always say that the future of trade is services, is digital, it's green, and it should be inclusive. When countries take steps to try to see how to decarbonize to get to net zero by 2050, I think you can only be supportive,” she said, while cautioning against approaches that could create negative spillovers for other members or leave behind developing countries without the resources to compete in a subsidies race.

DG Okonjo-Iweala joined the launch of the Coalition of Trade Ministers on Climate on 19 January and congratulated participants for what she called “an historic event”. The Coalition seeks to cooperate on the global response to climate change with trade as a tool. The initiative “sends a very strong message that trade — rather than being seen only as part of the problem — is also part of the solution” for fighting climate change, the Director-General said.

The Director-General also stressed the importance of digital trade and the need for rules for this important area. “We have an e-commerce initiative that is being negotiated at the WTO. We hope that soon we can come up with rules that underpin global trade and that is where we can be helpful on the digital side,” she said during the Tradetech Meets Fintech event on 18 January.

DG Okonjo-Iweala attended the informal meeting of the WTO Joint Statement Initiative on Electronic Commerce organized by ministers of Australia, Japan and Singapore — co-convenors of e-commerce negotiations — on 20 January. The meeting focused on how to accelerate the pace of work under the initiative in order to conclude negotiations by December 2023.

“You can be proud of the progress made and the results you have achieved,” she said. “Further progress in areas under negotiation promises to bring more stability and predictability to this vast area of international trade. This can be of benefit to all: women, entrepreneurs, remote countries and marginalized groups.”

In a statement issued on the sidelines of the meeting, the co-convenors reaffirmed the participants' commitment to establishing a set of high-standard rules to govern the global digital economy. The ministers added that participants are committed to intensifying negotiations moving forward while making sure the initiative remains balanced, inclusive and meaningful to consumers and businesses alike.

The ministers said that they are working with stakeholders to promote digital inclusion under the E-Commerce Capacity Building Framework to support developing and least developed countries. The full statement is available here.

At the WEF's session Decarbonizing Supply Chains: Leaving No One Behind, DG Okonjo-Iweala said the WTO stands ready to play its part as a forum for reaching shared understandings on environmental regulations and for preventing trade frictions. She added that WTO members would do well to consider progressing on efforts to liberalize trade in environmental goods and services, bearing in mind different sensitivities. Developing countries, she added, must be supported so they can participate in low carbon value chains, along with women entrepreneurs and small businesses. “This is a big agenda, but I know we can do it,” she said.

The Director-General attended a meeting of WTO members negotiating an Investment Facilitation for Development Agreement on 19 January. The negotiations aim at rules to improve the investment and business climate, and help developing countries attract and retain more and higher-quality investment. She highlighted progress made on this initiative, following the circulation on 16 December of the latest negotiating text — an important step towards concluding an Agreement. 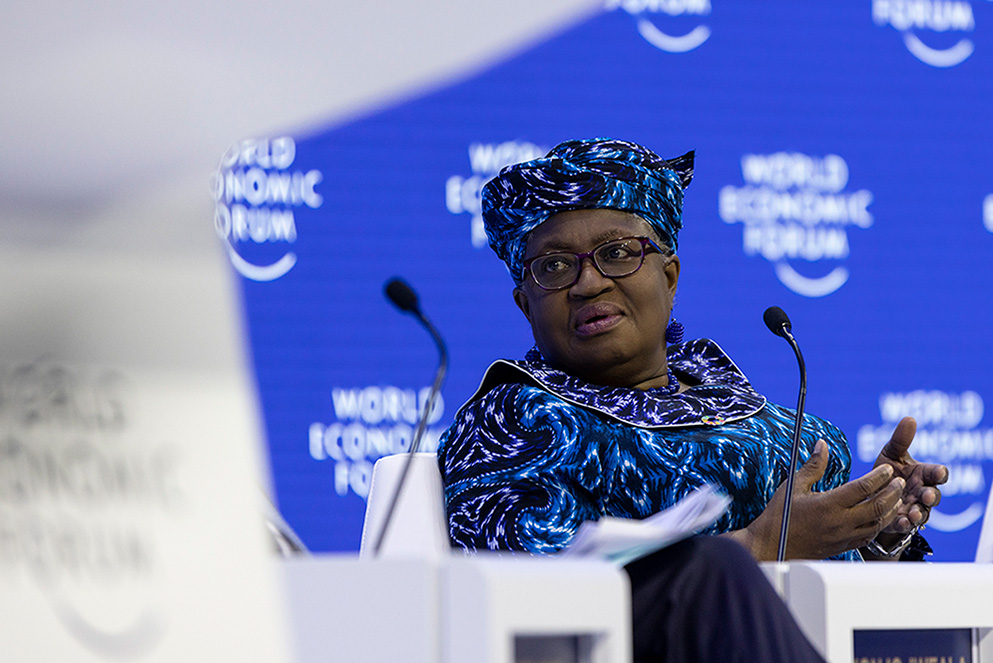 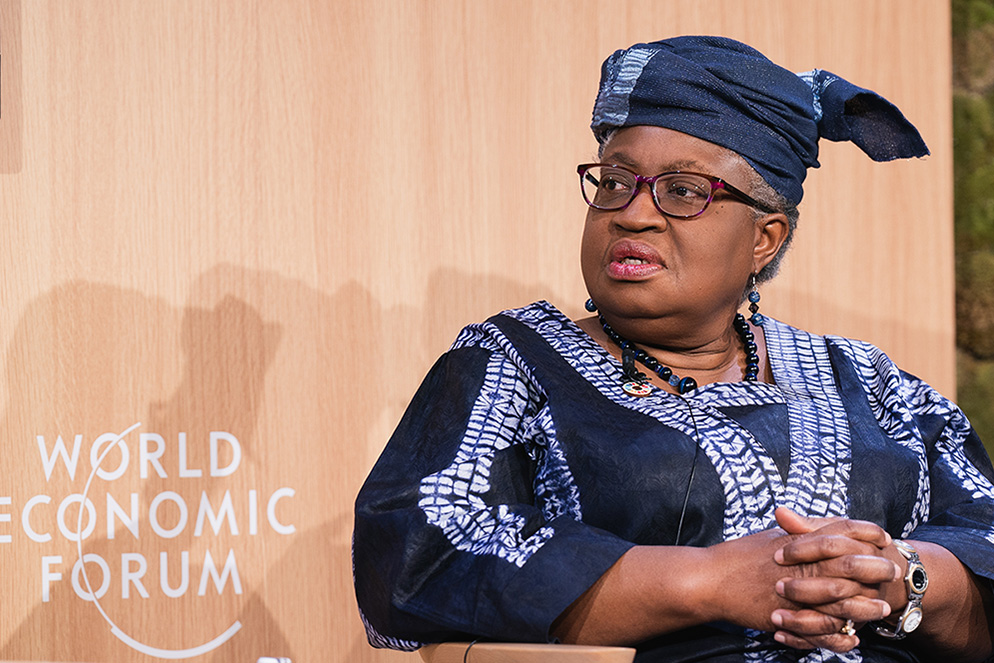