France's contribution will be distributed to three funds.

DG Okonjo-Iweala said: “The technical assistance activities which France is supporting will provide developing countries and LDCs with essential skills and knowledge so that they may more effectively participate in multilateral trade, including trade negotiations, and achieve meaningful outcomes for the people they serve. I welcome France's continued generosity.”

France's Minister of the Economy, Finance and Recovery, Bruno Le Maire, said: “France is convinced that the WTO has a major role to play in the wake of the economic crisis. We need to move forward on a number of reforms so that the WTO can play its role again in easing trade tensions and settling disputes, so that every country can reap the benefits that international trade offers, including developing countries. Our discussions with the Director-General focused on transforming and improving the WTO's Appellate Body, on clarifying and respecting multilateral trade rules, and on strengthening the WTO's role in the fight against global warming. Trade must serve sustainable development. France is committed to limiting the impact of global warming on a global scale, and to supporting developing countries in this effort, through the strengthening of their industrial and commercial capacities.”

France's Minister Delegate for Foreign Trade and Economic Attractiveness, Franck Riester, said: “This is a crucial moment for the WTO. We are experiencing an unprecedented paralysis. At the same time, this period offers exceptional opportunities to reform the Organization so that it can build dynamic, fair, just and sustainable international trade. We support reforms that will revitalize the multilateral trading system and level the playing field, especially for developing countries. The WTO has a crucial role to play in preserving global common goods, including in regards to the environment and health. France supports Dr Ngozi's ambition to create a third way to ensure that access to vaccines is universal. Citizens around the world are waiting for us regarding these issues.” 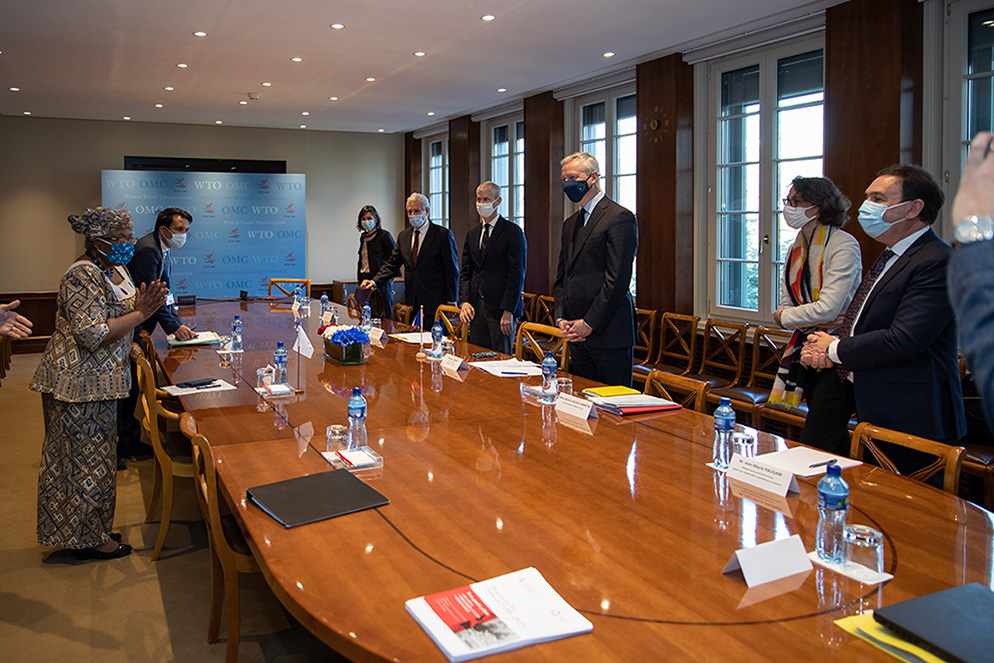