The event will be inaugurated by WTO Director-General Roberto Azevêdo, and will be chaired by Ambassador Roderick van Schreven (Netherlands), Chairman of the Sub-Committee on LDCs.

There are at present 48 LDCs, as designated by the United Nations, out of which 34 are WTO members and another eight are in the process of acceding to the WTO. The LDC WTO members account for more than one fifth of the WTO membership.

Since the establishment of the WTO in 1995, considerable progress has been made in integrating LDCs into the multilateral trading system. Both in the regular work of the WTO and in the negotiations, special provisions have been adopted which aim to increase the participation of LDCs in world trade. The LDCs, as a group, have seen a gradual improvement of their share in world trade over the last 20 years. Yet, the LDCs are faced with a number of challenges to successfully integrate into the  multilateral trading system. They still account for only 1.2 per cent of world merchandise trade and 0.7 per cent of world exports of commercial services. A limited range of exports, inadequate infrastructure and weak productive capacities continue to be common characteristics of LDC economies.

Session 1: LDCs and the WTO – an overview of 20 years of integration into the multilateral trading system

Session 2: LDCs and the WTO – looking ahead

The session will be followed by a discussion 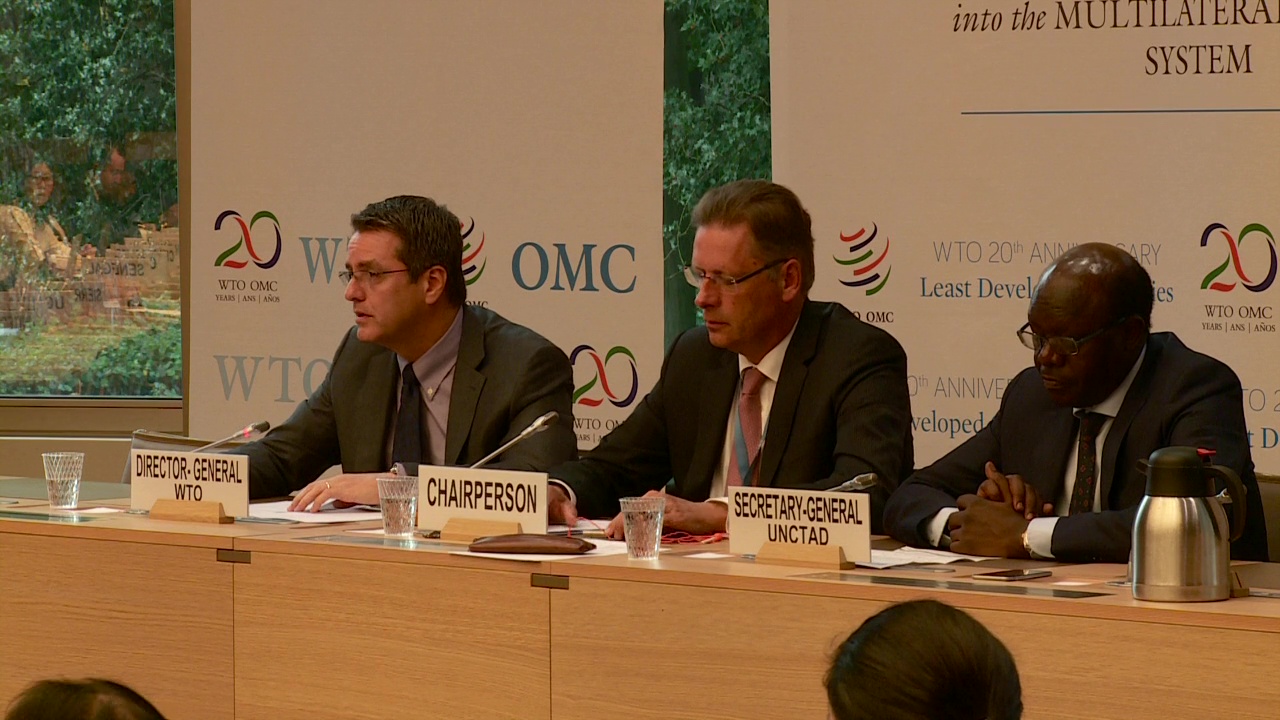