The event featured insights from WTO members, the Secretariat, the business sector and academia. It covered discussions on the role of trade and the WTO in women's economic empowerment, the Buenos Aires Declaration on Trade and Gender, and the WTO's work on the matter both as an institution and as an employer.

Director-General Roberto Azevêdo, opening the event, underlined the role trade and the WTO can play and the work still left to be done to overcome challenges such as discriminatory laws, poor working conditions and lack of access to knowledge and skills, which can hinder women's full participation in trade.

"Eliminating these barriers would make a huge difference for the economic empowerment of women, but also for economic growth and social development more broadly," DG Azevêdo said.

"So the next question is: what can we do to make a difference? Trade certainly has a role to play. It can help to create job opportunities and provide better salaries, encourage education and skills development, and increase financial independence," he said. "But the benefits of trade in tackling these issues are not automatic. We need to take action in a variety of ways to make sure that we are more inclusive."

"To help guide this work, we have launched an Action Plan on Trade and Gender; we now have a Women and Trade webpage to provide a single port of call for information about the work of the WTO, and we are partnering with the World Bank on generating new data and facilitating the understanding of the impact of trade on women," DG Azevêdo said. "Of course, this work is now framed, in part, by the Buenos Aires Declaration on Trade and Gender," he added, referring to the declaration signed by over 100 WTO members and observers on  the margins of the 11th Ministerial Conference and seeks to remove barriers to, and foster, women’s economic empowerment.

The full text of DG Azevêdo's speech is available here.

Ambassador Harald Aspelund of Iceland, whose country spearheaded the declaration, along with Sierra Leone and the International Trade Centre, said the declaration is about understanding better the gender divide in trade. The initiative's objectives include providing practical guidance on the matter and establishing a platform for an inclusive trade agenda, he said. The first activity lined up is a workshop organized by Canada on trade and gender-based analysis to be held at the WTO on 16 March.

WTO General Council Chair Ambassador Junichi Ihara (Japan), meanwhile, said tapping the potential of e-commerce, finance technology and trade facilitation can make it easier for women--including those in rural areas or at the helm of fledgling enterprises--to reach overseas markets. The empowerment of women, he said, was particularly important in Japan to bolster its declining workforce.

Ambassador Syed Tauqir Shah of Pakistan affirmed that women's empowerment was a key consideration in discussions to support e-commerce and micro, small and medium enterprises. He also highlighted the huge opportunity for the WTO to contribute in the area of services, the largest source of employment for women. More information gathering and gender-disaggregated data was needed to better understand the problem at hand, he said.

"We have to recognize that the workplace and marketplace is not friendly to women," Ambassador Shah said. "We see the huge economic opportunities we are missing by not getting women to fully contribute."

Representatives from the private sector, for their part, highlighted the moral argument for women's empowerment in addition to the expected economic gains from their increased participation in trade.

"Across the supply chain up to our retail activities, we believe we need to empower women because we have to live by our values," IKEA Group Senior Policy Advisor Mónica Galeote said. "Gender equality is at the heart of human rights."

Saadia Zahidi, World Economic Forum executive committee member, likewise said: "We have to be staunch about the values-based case: equality for equality's sake."

The closing session of the event focus on the work of the WTO both as an institution and as an employer.

Roberta Piermartini, Chief of Section of the WTO Economic Research and Statistics Division, reiterated there was a partnership with the World Bank to collect information on trade costs and how they impact women and the poor. Work is also starting on studying what tariffs women exporters face by looking at particular sectors that largely employ women.

Anoush der Boghossian, WTO Trade and Gender Focal Point from the Development Division, elaborated on the activities lined up under the organization's Action Plan for 2017-2019, which include gathering more data on the issue, tapping existing trade monitoring processes in the WTO, and developing training programs. 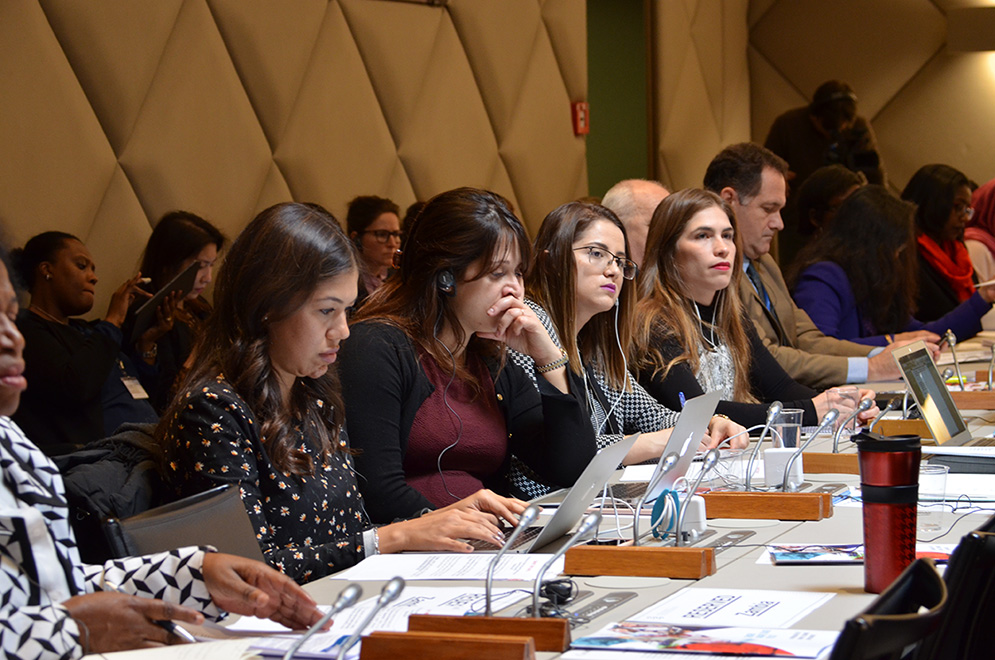