The UK, which has been participating in the GPA for over 20 years as an EU member, launched its GPA negotiations in June 2018 by submitting to parties an initial market access offer and replies to a checklist on its national government procurement system.

An agreement, in principle, was reached on 27 November 2018 regarding the UK's market access offer, and a final draft committee decision was prepared following comments, questions and suggestions submitted by the European Union, Canada, the United States, Japan and Chinese Taipei.

Under the terms of the decision, the United Kingdom is covered by the GPA as a member state of the EU until the date of its withdrawal from the EU or, if the EU and the UK conclude an agreement that provides for a transition period during which EU law would apply to and in the UK, until the date of expiry of that transition period. The United Kingdom's accession to the GPA will take effect 30 days after the UK government submits its instrument of acceptance. It can do so no earlier than 30 days before the date on which it ceases to be a member state of the European Union and within six months of the date of the decision.

After the parties to the GPA expressed their support, the chair of the Committee on Government Procurement, Mr Carlos Vanderloo of Canada, congratulated the delegation of the United Kingdom "for the dedication, persistence, commitment and skill that it has shown throughout the process of its accession negotiation". He also thanked the parties to the Agreement "for their steadfast engagement and pragmatism".

"Today marks a significant moment in the UK transition as we leave the European Union," stated the UK's Ambassador Julian Braithwaite. "We have been engaging with all parties to ensure that the decision adopted today will provide suitable clarity on the terms of our accession." Ambassador Braithwaite stressed that the UK will continue to be covered by the GPA "during any transitional period" in the future relationship between the United Kingdom and the European Union, and that "[t]his decision also addresses what would happen if the UK were to leave the EU should the withdrawal agreement not be put into effect. Today's decision underlines our determination to minimize any disruption, however we leave the European Union."

The European Union emphasized that the final market access offer presented by the UK was "commercially credible and viable, replicating the UK's current coverage under the EU schedule with minor technical adjustments".

Parties welcomed the possibility for their suppliers to continue enjoying the same access to the UK's government procurement market. They re-stated their clear desire for the UK to continue participating in the Agreement in a seamless manner post-Brexit. They stressed that keeping the UK in the GPA, either through the UK's accession to the agreement in its own right or through a transitional agreement, is very important for the agreement.

Also at the meeting, Paraguay was granted observer status to the committee. "This is yet again another very encouraging sign of interest in the GPA and the Committee's work," the Chair said.

Paraguay thanked the GPA parties and underlined that the assumption of observer status is an important step forward in the government's efforts to modernize Paraguay's economy and improve the management of public resources. "Being a participant in the GPA committee will allow us to garner knowledge on the best market access international practices both at multilateral and regional level," the Paraguayan representative said.

The committee re-elected Mr Carlos Vanderloo of Canada as chairman for 2019.

The next regular meetings of the GPA committee are scheduled for the end of June and the end of October.

The aim of the Government Procurement Agreement is to mutually open government procurement markets among its parties, consistent with principles of reciprocity. As a result of several rounds of negotiations, the GPA parties have opened procurement activities worth an estimated US$ 1.7 trillion annually to international competition (i.e. to suppliers from GPA parties offering goods, services or construction services).

The GPA currently consists of 19 parties covering 47 WTO members (counting the European Union and its member states, all of which are covered by the Agreement, as one party). Another 32 WTO members/observers and four international organizations participate in the GPA Committee as observers. Ten of these members with observer status are in the process of acceding to the Agreement. The list of parties is available here. 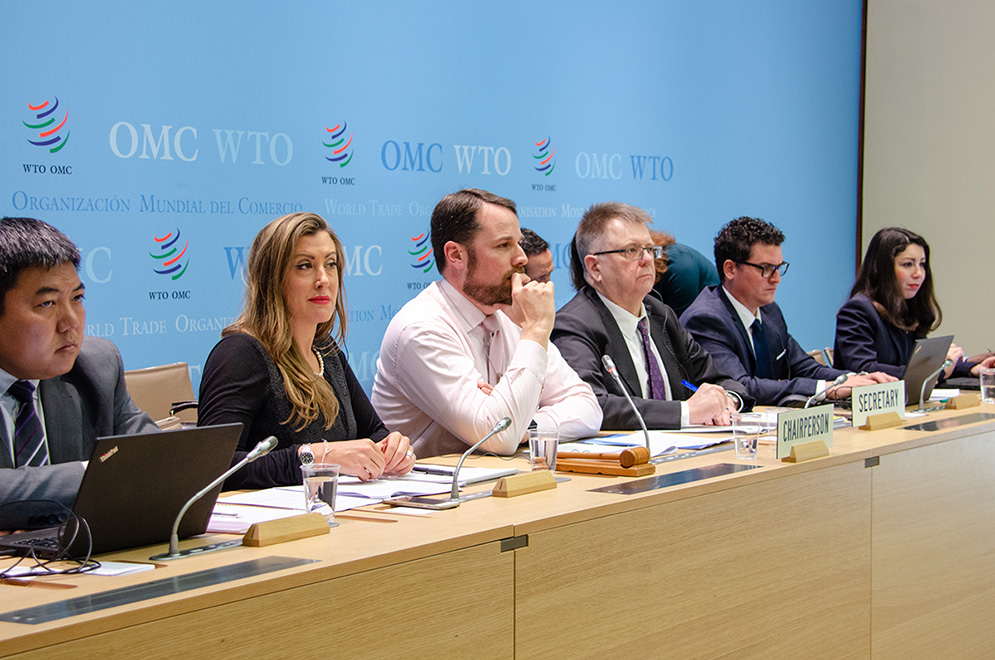