The theme of the seventh Review is how trade can further contribute to economic diversification and empowerment, with a focus on eliminating extreme poverty, particularly through the effective participation of women and young people. The event is being attended by more than 20 heads or deputies from international organizations and over 30 ministers and deputy ministers from all over the world, along with representatives from development agencies, the private sector and civil society groups.

Speakers at the opening plenary of the three-day event underlined the importance of a stable and predictable multilateral trading system as an essential pillar to ensuring that the benefits of trade are more widely shared.

In his remarks to the opening plenary, WTO Director-General Roberto Azevêdo said diversification and empowerment matter because they help to build resilience in economies.

"They help countries increase their participation in global trade flows, as well as facilitate opportunities to move up the value chain," DG Azevêdo said. "In turn, all this helps to build better prospects and opportunities for improved livelihoods."

Thanks to Aid for Trade initiatives, important progress has been made in achieving these goals, DG Azevêdo noted.  At the same time, he said, big imbalances remain, with diversification inhibited by factors such as lack of access to trade finance, lack of quality regulatory infrastructure, gender imbalances, the digital divide and environmental degradation.

"I want to stress that achieving progress in every area that I've mentioned so far is dependent on one factor. And that is the continued foundation provided by the multilateral trading system … it is essential that we tackle the tensions that are leading to higher trade barriers and lower trade growth." DG Azevêdo's full remarks are available here.

In keynote remarks to the opening plenary, Prime Minister Hun Sen of Cambodia underlined the achievements his country, an important Aid for Trade recipient, has made in using trade as an engine for growth and development. Cambodia's exports have more than doubled in the past six years and have diversified towards more high-end goods and new export markets.

"As a small economy, Cambodia believes in the benefits of globalization and international cooperation based on multilateral rules," the Prime Minister said.

Angel Gurría, Secretary-General of the Organisation for Economic Co-operation and Development (OECD), said the path towards economic diversification is becoming increasingly complex due to subdued trade growth and foreign direct investment. In addition, trade tensions and renewed calls for protectionism are hitting the most vulnerable the hardest.

"Uncertainty is the greatest enemy of growth," he declared. In particular, least-developed, landlocked, small island developing and fragile states "can ill afford the cost of global uncertainties".

That theme of economic diversification and empowerment is central to the latest "Aid for Trade evaluation and monitoring report from the OECD and the WTO which was launched at the Review.

The report also includes 86 Aid for Trade country profiles providing factual information to stimulate debate on trends of Aid for Trade, trade costs, trade performance and development at the country level. The aim is to compare a country’s performance in four categories of indicators from 2006 to 2017 and, for selected indicators, against country group benchmarks.

Since it was launched more than a decade ago, more than US$ 409 billion has been disbursed under the Aid for Trade initiative, reaching 146 countries or territories and helping them to build their trading infrastructure and capacity. More than 178,000 Aid for Trade projects have been funded since 2006.

The report notes that 53% of developing countries and 66% of least-developed countries reported progress in economic diversification since the launch of the Aid for Trade initiative. Most Aid for Trade disbursements in recent years have focused on helping recipient countries build up their economic infrastructure. Disbursements have also been used to help recipients develop and strengthen their trade policies and regulations, particularly for trade policy and administrative management and trade facilitation.

By addressing the supply-side capacity and trade-related infrastructure constraints of developing, and in particular least developed countries, Aid for Trade can make trade more inclusive and ensure that its benefits are spread further and wider.

Mukhisa Kituyi, Secretary-General of the United Nations Conference on Trade and Development (UNCTAD), highlighted the need for developing and least developed countries to diversify trade, particularly in the expanding sectors of services, digital technology and green goods.

To spur effective diversification, "we need greater regional and global cooperation, especially regulatory cooperation," in order to address standards and technical barriers to trade that are "major inhibitors to crossing borders," he said.

Philippe Le Houérou, Chief Executive Officer of the International Finance Corporation, said unlocking the potential of trade for developing countries "has become one of the biggest achievements in global development".

"Since 1990, more than one billion people have moved out of poverty due to economic growth, underpinned by better trade practices," he noted. In addition, trade is linked to higher female labour participation, with firms that are more integrated in the world economy having higher shares of female employment. A copy of his remarks is available here.

Arancha González, Executive Director of the International Trade Centre, said that countries have been able to grow much faster than they otherwise might have by being open to using trade as a route to growth. Yet the open global economy is under threat, with trade restrictions placed on hundreds of billions of dollars of goods.

"An unsupportive global economic environment would make it much harder, if not impossible, for marginalized countries to sustain high growth, generate jobs, and end extreme poverty by 2030," as set out in the United Nations' Sustainable Development Goals, she warned.

Hani Salem Sonbol, Chief Executive Officer of the International Islamic Trade Finance Corporation, said diversifying trade and integrating developing and least developed countries into global value chains was important to securing the benefits of trade, particularly in Africa.  Continued cooperation among donors and support institutions was essential to making this a reality.

While South-South trade has shifted from fuels and minerals to more manufactured goods, and digital development is taking place with increased access to e-payments worldwide, challenges remain for fully effective South-South cooperation, the panelists said. This includes constraints linked to capacity-building, resources and connectivity.

The Aid for Trade initiative was launched at the Hong Kong Ministerial Conference in December 2005. In February 2006 the WTO established a Task Force, with the aim of “operationalizing” Aid for Trade. The purpose of the Global Review is to strengthen the monitoring and evaluation of Aid for Trade to provide a strong incentive to both donors and recipients for advancing the Aid for Trade agenda. 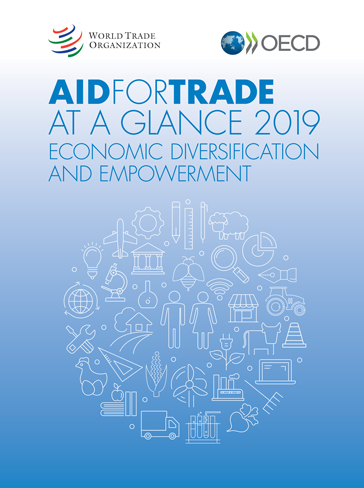 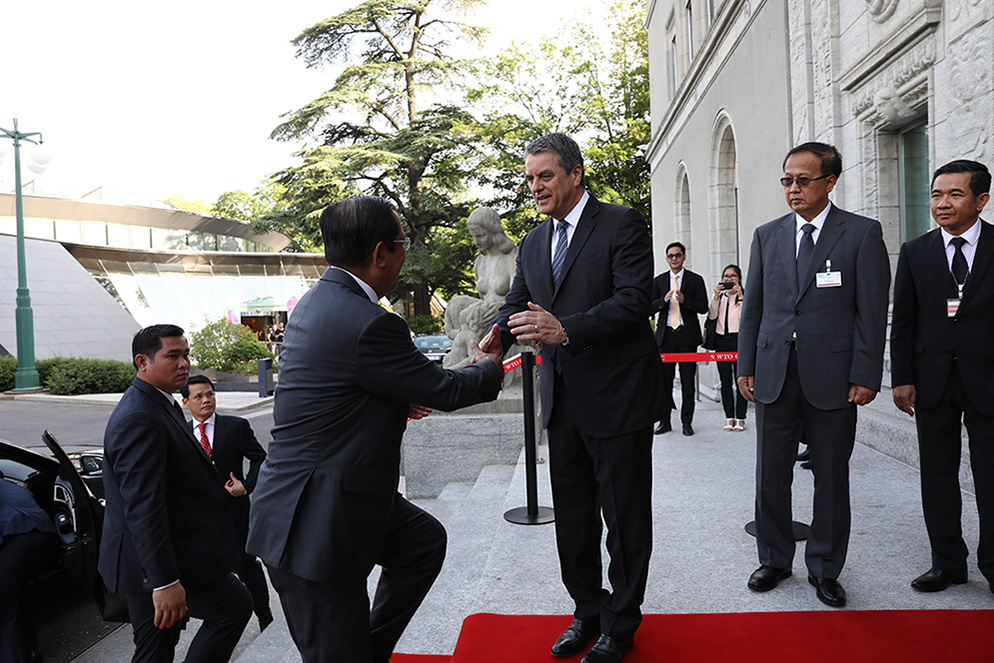