This summary has been prepared by the WTO Secretariat’s Information and External Relations Division to help public understanding about developments in WTO disputes. It is not a legal interpretation of the issues, and it is not intended as a complete account of the issues. These can be found in the reports themselves and in the minutes of the Dispute Settlement Body’s meetings.

China submitted its second request for the establishment of a WTO dispute panel to examine Australia's decision to impose anti-dumping duties on imports of wind towers, stainless steel sinks and certain railway wheels from China as well as countervailing measures on imports of stainless steel sinks from China.  China's first request for a panel was blocked at the last DSB meeting on 25 January.

China said the issues raised in its request highlight a series of continuous and long-standing failures by Australia in meeting its obligations under the relevant WTO agreements. The trade remedy investigations and the decisions made by Australia against Chinese exporters lacked factual bases, were opaquely explained and are legally undisciplined, China said.

Australia said it was disappointed that China has proceeded with its second request for a panel. Australia's trade remedy system is independent, transparent, nondiscriminatory and evidence based, it said, adding that Australia was confident it complied with its WTO obligations in initiating and conducting the investigations.  Australia added it remained ready to resolve this matter with China through bilateral discussions.

The DSB agreed to the establishment of a panel.  The European Union, the United States, Russia, Canada, Brazil, Switzerland, Norway, Singapore, Korea, India, Chinese Taipei and Japan reserved their third party rights to take part in the proceedings.

Mexico, speaking on behalf of 123 members, introduced for the 51st time the group's proposal to start the selection processes for filling vacancies on the Appellate Body. Mexico noted that the Philippines has become the latest co-sponsor of the initiative.  The extensive number of members submitting the proposal reflects a common concern over the current situation in the Appellate Body which is seriously affecting the overall WTO dispute settlement system against the best interest of members, Mexico said for the group.

The United States reiterated it was not in a position to support the proposed decision.  The US continues to have systemic concerns with the Appellate Body, which it has explained and raised over the past 16 years and across multiple administrations.  The US said it believes that WTO members must undertake fundamental reform if the dispute settlement system is to remain viable and credible.  The dispute settlement system can and should better support the WTO’s negotiating and monitoring functions, the US said, adding that it looked forward to further discussions with members on these important issues.

Around 20 delegations (including EU for its 27 members and Nigeria for the African Group) took the floor to reiterate the importance of the WTO's two-tiered dispute settlement system to the stability and predictability of the multilateral trading system.  They noted that the impasse was impacting the rights and obligations of the entire membership and pledged their support to continue efforts to find a solution acceptable to all. Several cited this issue as the top priority for reform of the organization and expressed hope that the upcoming 12th Ministerial Conference in June would provide the opportunity to move forward towards a solution.

For the 123 members, Mexico again came back to say the fact a member may have concerns about certain aspects of the functioning of the Appellate Body cannot serve as pretext to impair and disrupt the work of the DSB and dispute settlement in general, and that there was no legal justification for the current blocking of the selection processes, which is causing concrete nullification and impairment of rights for many members.

The chair, Ambassador Didier Chambovey, said he hoped members can find solutions through consensus so they can open the path to resolving the problem in a collective spirit and finding a solution acceptable for all.

The European Union presented a status report with regard to DS291, “EC — Measures Affecting the Approval and Marketing of Biotech Products.” Indonesia presented its status reports in DS477 and DS478, “Indonesia — Importation of Horticultural Products, Animals and Animal Products.”

Before the close of the meeting, members elected Ambassador Athaliah Lesiba Molokomme of Botswana as chair of the DSB for the upcoming year.  Many members thanked the outgoing chair, Swiss Ambassador Didier Chambovey, for his service over the past year.

The next DSB meeting will take place on 28 March. 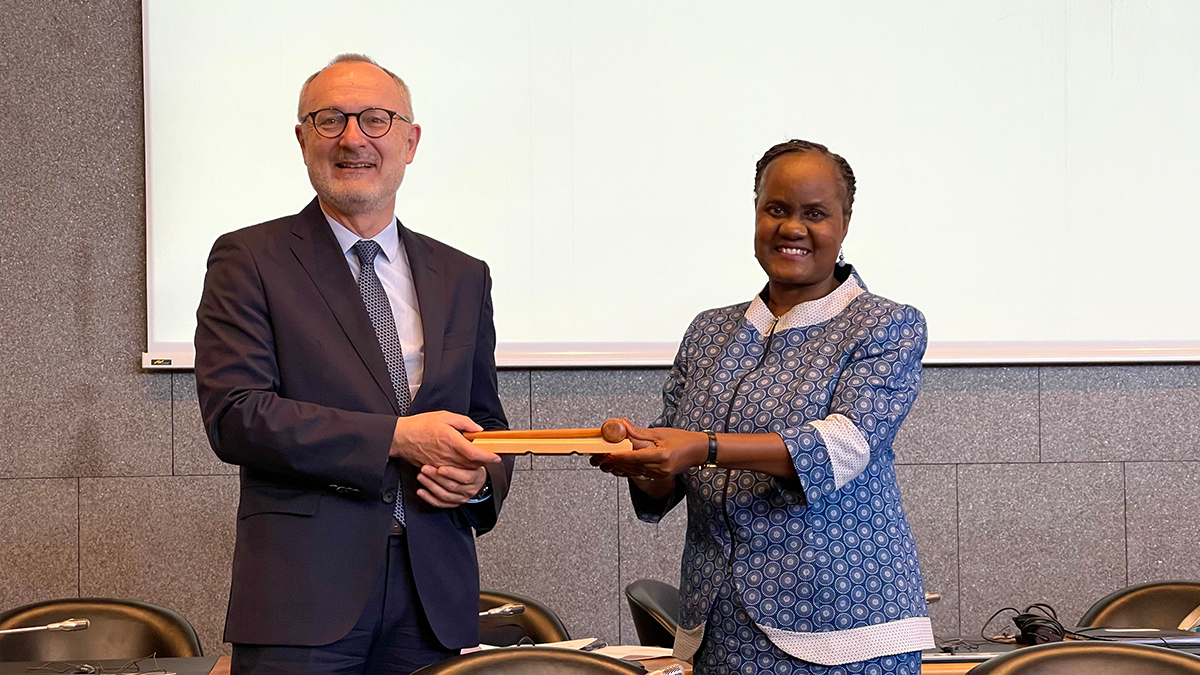