The complete publication “World trade statistical review 2016” can be ordered from the WTO online bookshop.The charts and tables from this chapter can be downloaded by clicking the links below.

Table of Contents
I. Introduction

II. Trends in world trade: Looking back over the past ten years
> Charts and tables

IV. Trade in goods and services
> Charts and tables

Permission to make digital or hard copies of any information contained in these web pages is granted for personal or classroom use, without fee and without formal request.

Full citation and copyright notice must appear on the first page.

Copies may not be made or distributed for profit or commercial advantage.

To republish, to post on servers, or to redistribute to lists, requires prior specific permission and/or fee.

General trends and drivers of world trade in 2015

Trade in value and trade in volume: Which one to use when analysing trade?

World trade and output in early 2016 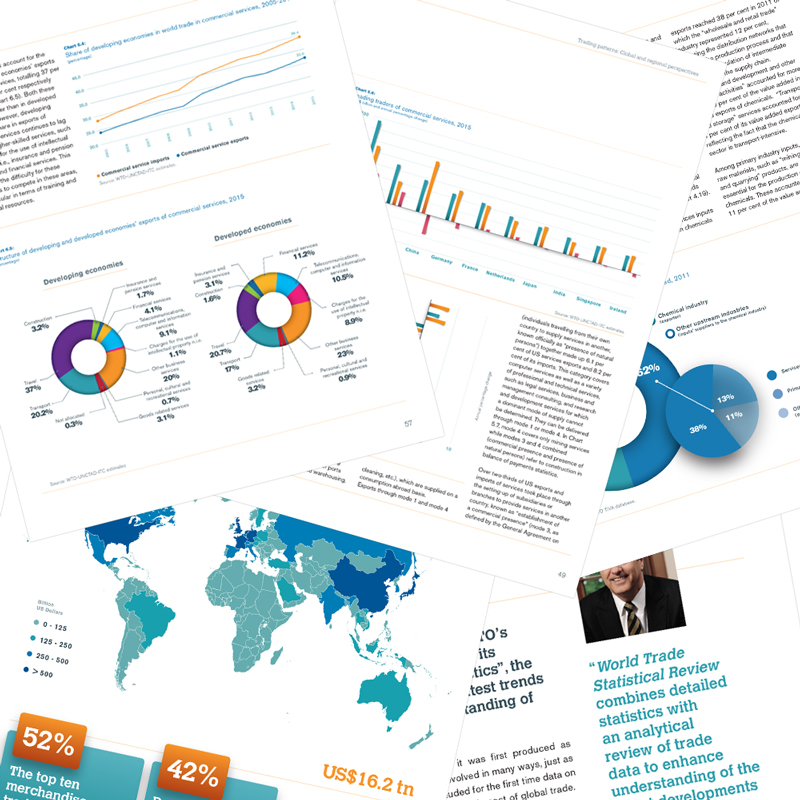 Any feedback on this page should be sent to [email protected]