The WTO dispute settlement system represents a key achievement of the Uruguay Round and continues to be recognised as a fundamental pillar of the organization. With more than 530 disputes brought to the WTO for resolution, it stands as the most actively used system of state-to-state dispute settlement in the world. The system enjoys wide support and confidence among the membership, which values it as a fair, effective and efficient mechanism to solve trade problems.

In the 20-plus years since it was created, there have been far more disputes initiated at the WTO than in the 47 years of the organization’s predecessor, the GATT (General Agreement on Tariffs and Trade). This is mainly due to the fact that the WTO dispute settlement mechanism is a much more effective and reliable system; unlike the previous GATT system, rulings are automatically adopted unless there is a consensus to reject a ruling. The WTO system also offers members the possibility of appeal, and the right to seek redress in the event of non-compliance with a ruling, something that did not exist under its predecessor.

Far from encouraging litigation, the WTO dispute settlement system is intended to help members settle their differences through dialogue and negotiations. Of the cases filed, nearly half have never reached the panel adjudication stage. More than 100 disputes have been notified as resolved through mutually agreed solutions. Furthermore, the compliance rate with dispute settlement rulings is very high, at around 90%.

Many developed and developing countries have been users of the WTO dispute settlement system, with over 100 members involved as complainants, respondents or third parties. The United States and the European Union are by far the most active participants. The United States has initiated 115 dispute settlement cases and has been a respondent in 130 cases, meaning that it has been directly involved in nearly half of all cases brought to the WTO to date. The EU has initiated 97 cases and has been a respondent in 84 cases. Other members that have been active participants are Canada, China, India, Brazil, Argentina, Japan, Mexico and Korea. 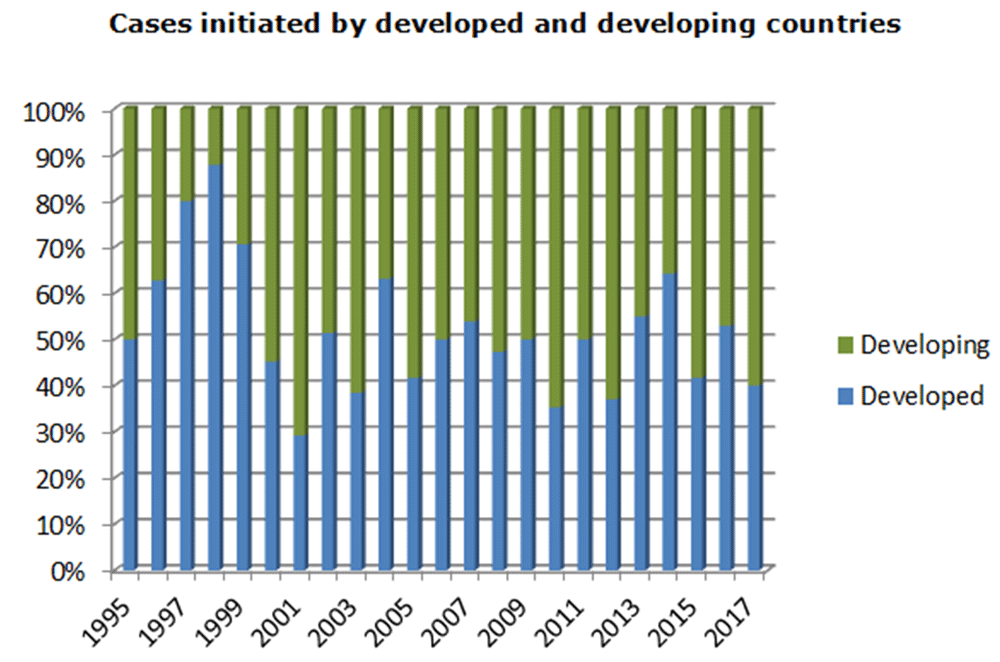 WTO members agreed at the end of the Uruguay Round that they would complete a full review of the dispute settlement system by January 1999. While it did not prove possible to reach conclusions by that date, the mandate for the review was, however, confirmed at the WTO’s Fourth Ministerial Conference in Doha in 2001. Negotiations in the Dispute Settlement Body in Special Session (DSB-SS) to improve and clarify the Dispute Settlement Understanding, the WTO's "rule book" for settling disputes, have been ongoing since then. During the review negotiations, several members have proposed possible improvements and clarifications to the system. The negotiations are currently chaired by Ambassador Coly Seck of Senegal.

The dispute settlement system is facing a number of important challenges. First, the disputes are generally more complicated now than they were in the early years of the WTO. Whereas many of the earlier disputes focused on issues such as internal tax measures, duty charges, and import prohibitions, the WTO is now being asked to address complicated regulatory matters such as agricultural and industrial subsidy programmes and trade-restrictive measures justified on environmental or public health grounds. As the cases have become more complicated, so have the nature of parties’ submissions. Panels and the Appellate Body have to deal with more voluminous and varied evidence and often very technical arguments. 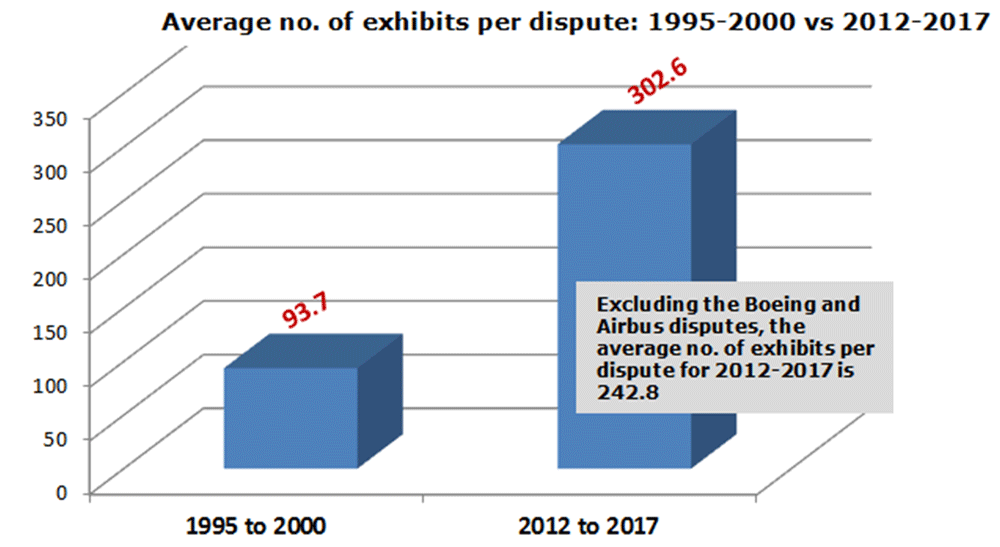 Second, more panel reports are being appealed, meaning that more time is needed to resolve disputes. Over the previous decade on average two out of three panel reports were appealed. The appeal rate reached a peak in 2016 when nearly 90% of the reports were appealed. This includes some of the longest and most complex panel rulings issued to date. More specifically, the number of appeals per year has increased from seven in 2014 to 11 in the current year to October 2017. With three more appeals possible by the end of 2017, this could bring the total appeals in 2017 to 14.

In addition, more claims of non-compliance with rulings are being filed with the WTO, requiring panels to examine whether members have actually implemented the recommendations of the panels and the Appellate Body. These "compliance" panels may also be appealed, which results in extending the timeframe for bringing a dispute to a close.

As a result of these factors, the workload of the dispute settlement system continues to increase. In 2015, the WTO handled, on average, 18 panel, appellate and arbitration proceedings each month; in the first 10 months of 2017, that number rose to 23 cases per month.

In terms of the total number of active disputes on an annual basis (i.e. counting any dispute active in the course of a year), the following graph highlights the trends over the past 20 years. 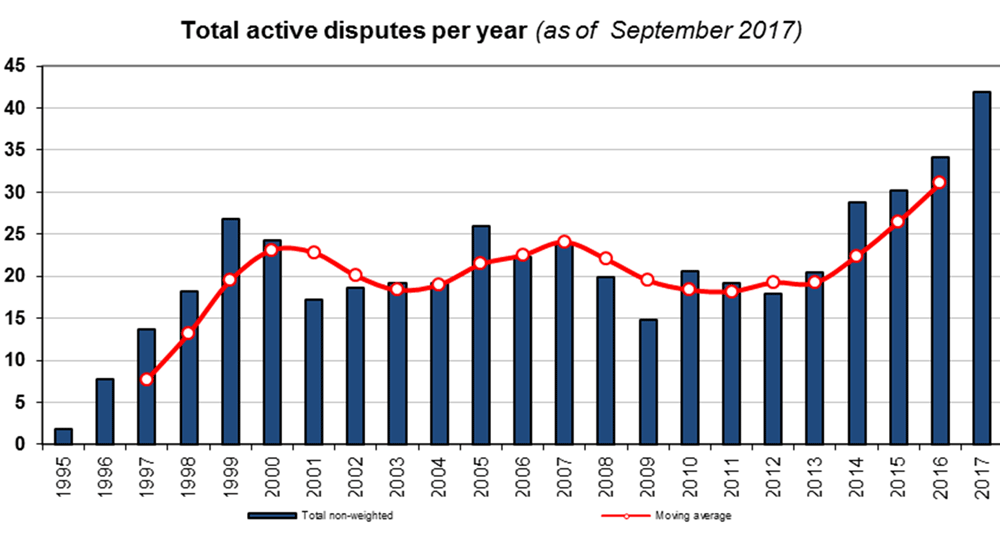 In addition to these challenges, members have yet to agree on the initiation of a process to fill the two current and one impending vacancies on the Appellate Body. This means that the Appellate Body will operate with only four (out of seven) members by the end of 2017. The system is starting to see delays in appeals, and there will be more significant and inevitable delays in the coming months.

To learn more about how the WTO settles disputes, including an explanation of the procedures and timelines for handling dispute cases, click here.

For more information on current and past disputes, statistics on members’ use of the system and other data, see the dispute settlement area of the WTO website.