At the 12th Ministerial Conference, held on 12-17 June 2022 in Geneva, WTO members forged an historic Agreement on Fisheries Subsidies, which sets new rules to curb harmful subsidies and protect global fish stocks in a manner that also recognizes the needs of fishers in developing and least-developed countries (LDCs).

According to data from the UN Food and Agriculture Organization, fish stocks are at risk of collapsing in many parts of the world due to overexploitation. It is estimated that 34% of global stocks are overfished compared with 10% in 1974, meaning they are being exploited at a pace where the fish population cannot replenish itself. Other estimates indicate that up to 50% of assessed stocks are overfished. Declining fish stocks threaten to worsen poverty and endanger communities that rely on capture fisheries for their livelihood and food security. In theory, low fish stocks should mean fishing takes more time and costs more money. However, state funding — currently estimated at USD 35 billion per year globally, of which some USD 22 billion is capacity- and effort-enhancing — enables many fishing fleets to operate longer and farther at sea, to the detriment of marine life.

The creation of fisheries subsidies disciplines has been the subject of work in the WTO's Negotiating Group on Rules since 2001, with an elaboration of its negotiating mandate agreed in 2005. The adoption by world leaders in September 2015 of the UN Sustainable Development Goals (SDGs), and the negotiating mandate agreed at the 11th WTO Ministerial Conference (MC11) in 2017, gave a renewed sense of urgency to the talks.

The current chair of the negotiations, Ambassador Santiago Wills of Colombia, was elected in November 2019. Director-General Ngozi Okonjo-Iweala, upon taking office on 1 March 2021, identified the conclusion of the fisheries subsidies negotiations as a priority for MC12, which was originally due to take place in June 2020 in Nur-Sultan, Kazakhstan. Due to COVID-19 restrictions, MC12 was postponed to 30 November 2021; however, on 26 November, WTO members decided to postpone the conference again after an outbreak of a particularly transmissible strain of the COVID-19 virus.

In intensified discussions in the run up to the rescheduled MC12 (12-17 June 2022 in Geneva), members continued negotiations on the basis of draft agreement circulated by the chair as the product of collective work of the membership. At MC12, on 17 June 2022, following round the clock negotiations, WTO members secured a “Geneva Package” of multilaterally negotiated outcomes, including the adoption of the new WTO Agreement on Fisheries Subsidies.

“The Agreement prohibits support for illegal, unreported and unregulated (IUU) fishing. It bans support for fishing overfished stocks. And it takes a first but significant step forward to curb subsidies for overcapacity and overfishing by ending subsidies for fishing on the unregulated high seas,” DG Okonjo-Iweala told members at the closing session of MC12, noting the positive impact for 260 million people who depend on marine fisheries for their livelihood.

Under the Agreement, Members also committed to take special care and exercise due restraint when granting subsidies to vessels not flying their flag and when granting subsidies to fishing or fishing related activities regarding stocks where remaining levels are unknown. Furthermore, the Agreement contains provisions on notification and transparency, under which every member is required to provide information relevant to the implementation of the Agreement. This information includes the type or kind of fishing activity for which the subsidy is provided and to the extent possible the status of the fish stocks in question, catch data, fisheries management measures, information on vessels benefitting from subsidies, and a list of vessels and operators it has determined to have engaged in IUU fishing.

Regarding special and differential treatment, a “peace clause” applies to developing members and LDCs under which dispute settlement will not apply for two years from the date of entry into force of the Agreement for subsidies contributing to IUU fishing as well as subsidies regarding overfished stocks that are provided for fishing within their exclusive economic zones. In addition, members are required to  exercise due restraint in raising matters involving an LDC member. Developing members with a share of the volume of global fish catch of not more than 0.8%, and LDCs, may provide notifications of fisheries-related information every four years instead of every two years. Also pursuant to the Agreement, targeted technical assistance and capacity building is to be provided to developing members and LDCs to help them implement the Agreement. In support of this assistance, the Agreement provides for the establishment of a voluntary Fisheries Funding Mechanism.

The Agreement will enter into force upon acceptance of its legal instrument by two-thirds of the membership. Under the Agreement, Members further agreed to continue negotiations on outstanding issues, with a view to making recommendations by MC13 for additional provisions that would further enhance the disciplines of the Agreement. Many technically complex and politically sensitive issues were resolved in the Agreement, and the draft texts previously sent to Ministers provide a strong basis for further negotiations. This “second wave” of negotiations thus is expected to be focused and able to deliver results. The Agreement provides for a maximum period to complete these negotiations of four years from entry into force of the Agreement.


More on negotiations on fisheries subsidies. 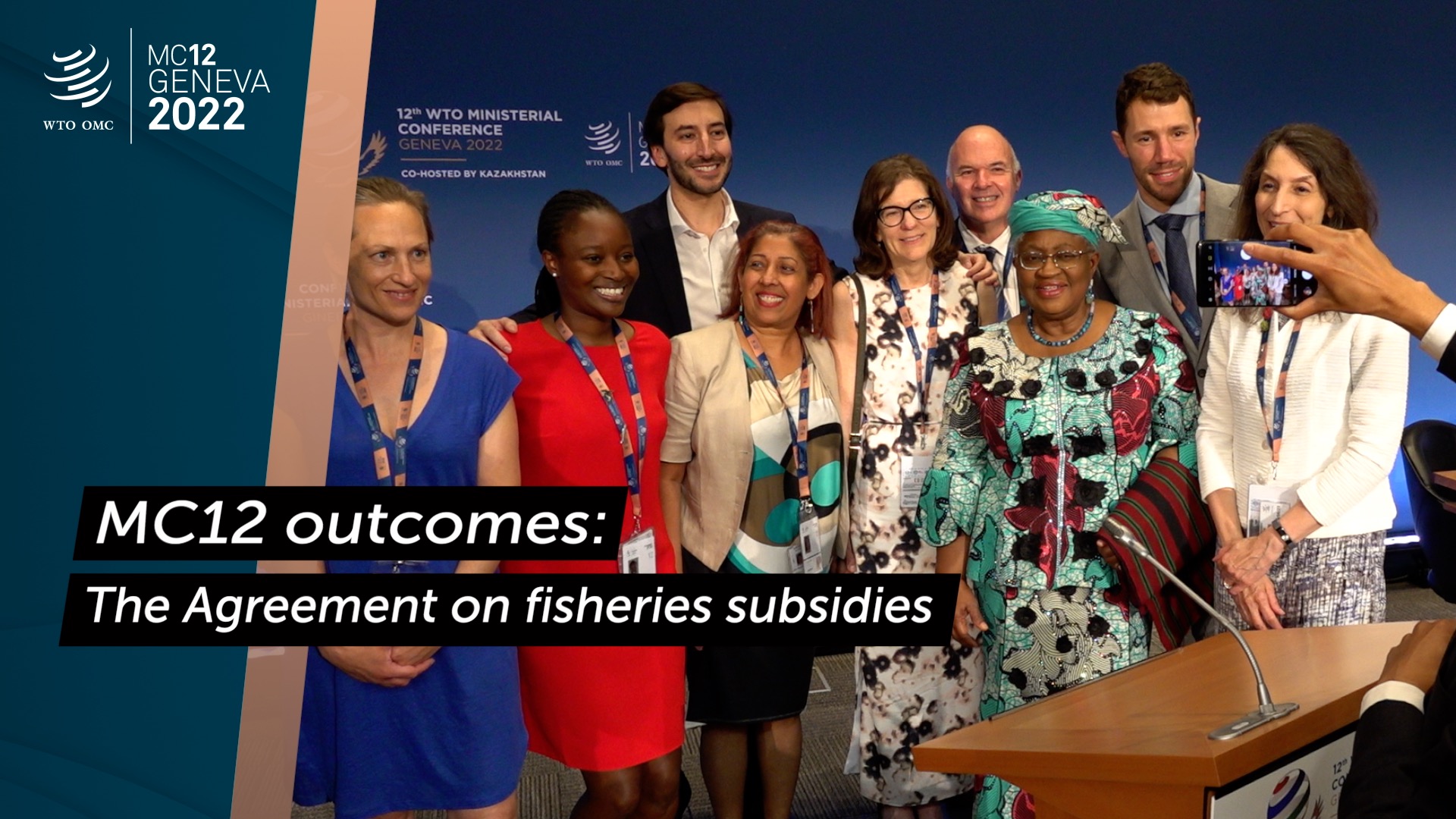 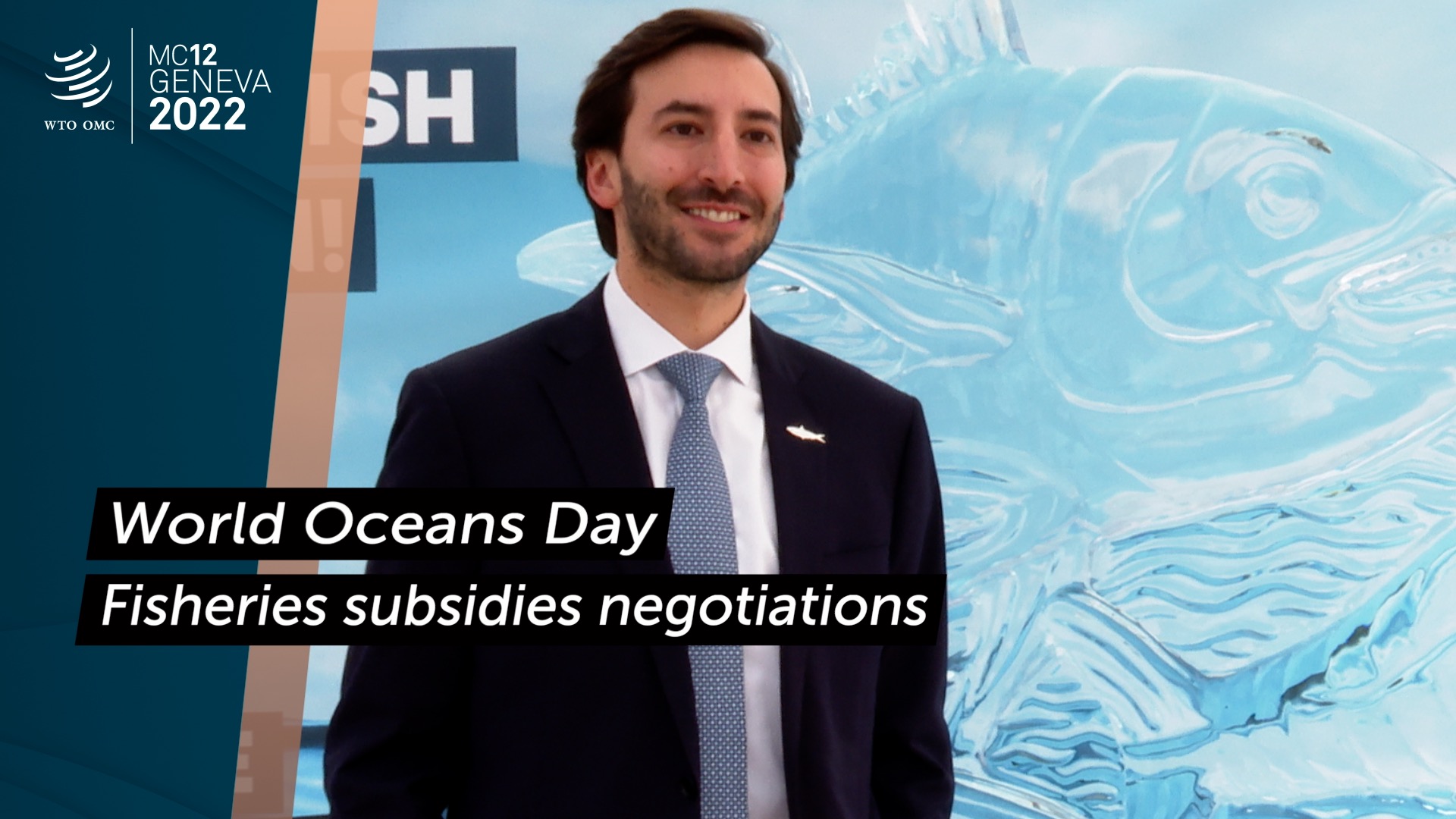