Regional trade agreements (RTAs) have risen in number and reach over the years, including a notable increase in large plurilateral agreements. Non-discrimination among trading partners is one of the core principles of the WTO; however, RTAs, which are reciprocal preferential trade agreements between two or more partners, constitute one of the derogations and are authorized under the WTO, subject to a set of rules. Information on RTAs notified to the WTO is available in the RTA Database. 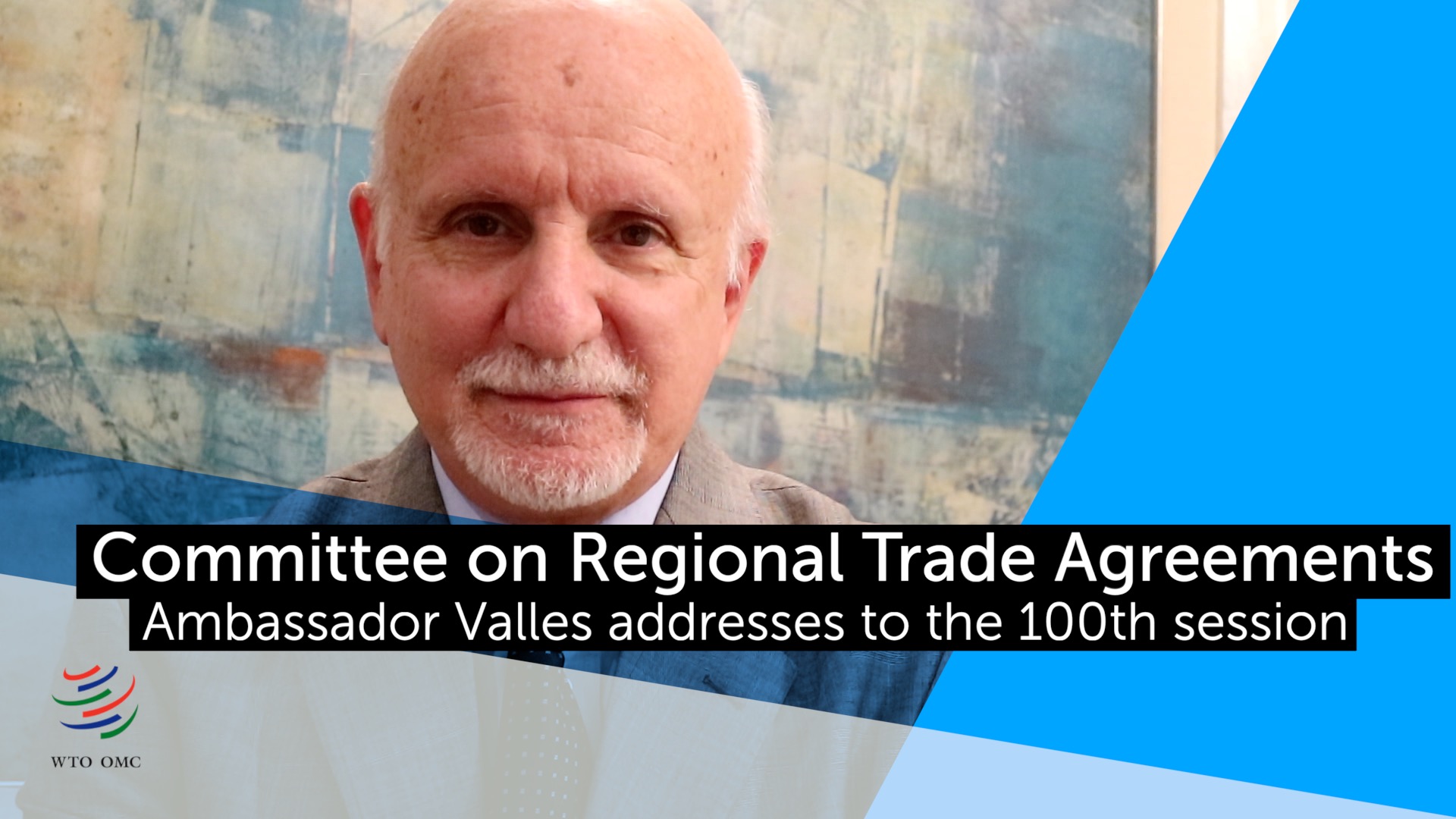 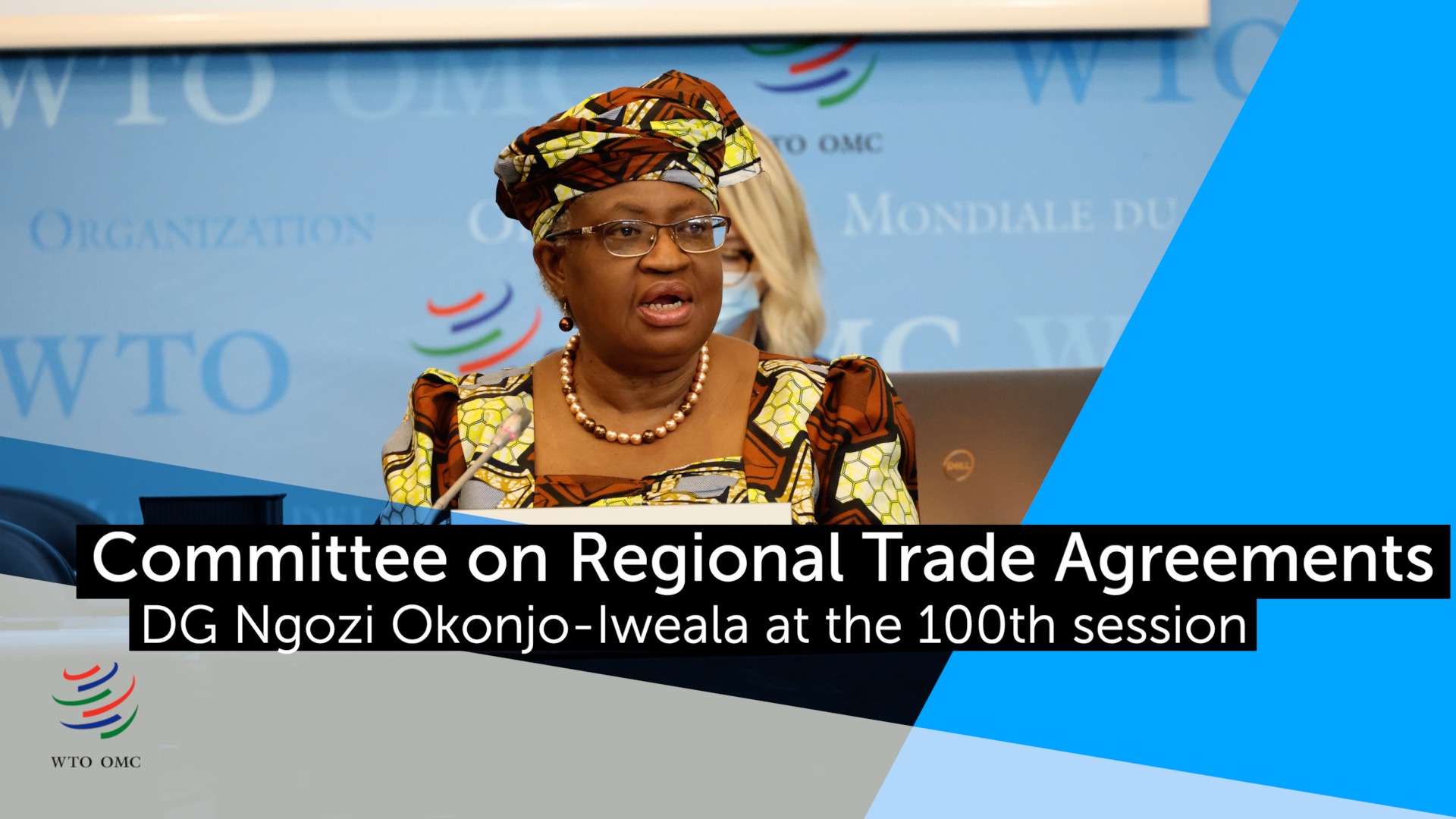 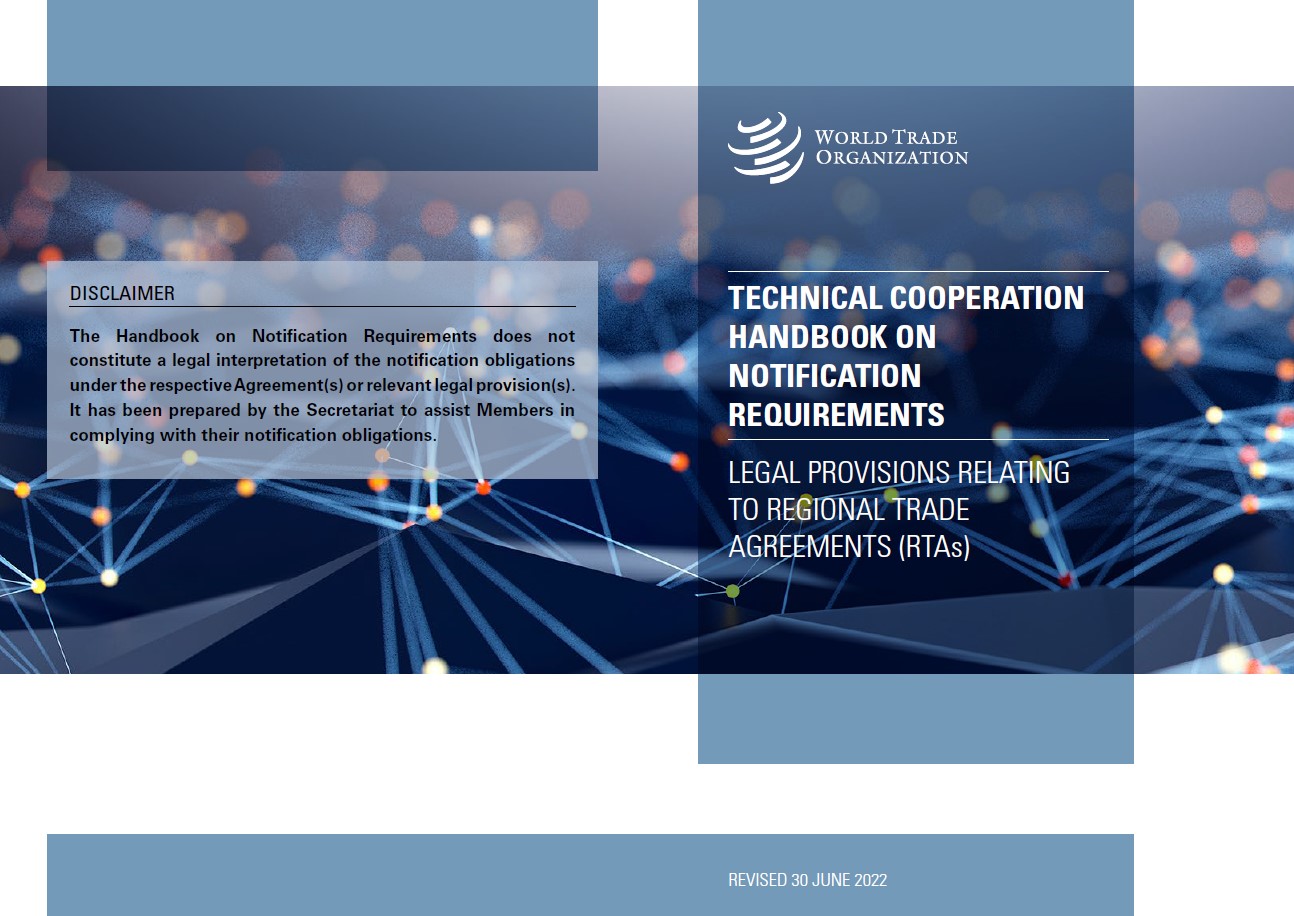 As of 1 December 2022, 355 RTAs were in force. These correspond to 582 notifications from WTO members, counting goods, services and accessions separately.

WTO members are obliged to notify the RTAs in which they participate. All of the WTO's members have notified participation in one or more RTAs (some members are party to 20 or more). Notifications may also refer to the accession of new parties to an agreement that already exists, e.g. the notification of the accession of Croatia to the European Union.

The following chart shows all RTAs notified to the GATT/WTO (1948-2022), including inactive RTAs, by year of entry into force. 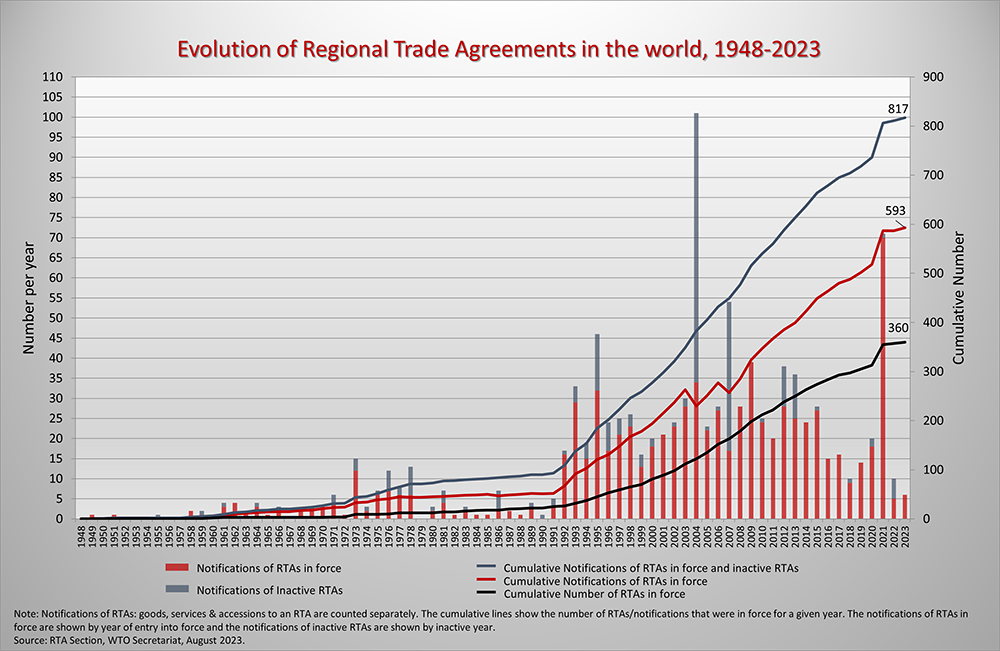 Negotiations to clarify and improve WTO disciplines on RTAs fall under the work of the Negotiating Group on Rules, which reports to the Trade Negotiations Committee. The negotiations have been dormant for some time.